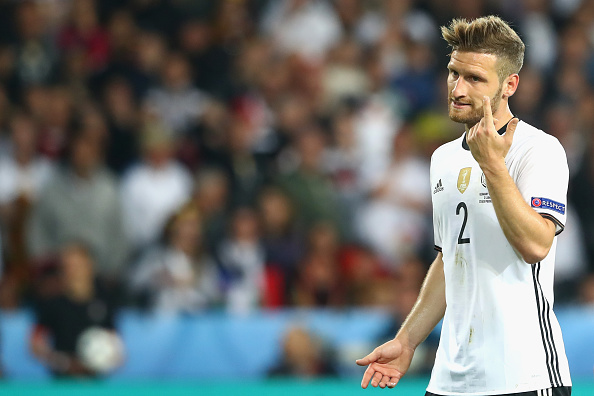 AC Milan need to renew their team for next season. New boss Vincenzo Montella will coach Gianluca Lapadula who has just arrived at the club from Pescara. The midfield needs serious renovation too with Leandro Paredes, Piotr Zielinski, Amadou Diawara and Mateo Kovacic who are on the aeroplanino’s transfer list.

What about the defence? Alessio Romagnoli, Gabriel Paletta, Cristian Zapata and Rodrigo Ely are the only centre-backs in the squad at the moment and the Diavolo need one new reinforcement at least at the back. Emanuel Mammana used to be a target of the Rossoneri, but the Argentinean defender will move to Lyon alongside N’Koulou.

The last two names added on AC Milan’s shortlist are Shkodran Mustafi and Stefan Savic. The price-tag of both players is believed to be around € 15 million (the Germany International is a bit more expensive, the former Man City costs slightly less than that).

The both know Italian football very well having played for Sampdoria and Fiorentina respectively and the Rossoneri will try to sign at least one of them in the summer transfer window, because having prolific strikers is important, but it is that defence that wins championships, especially in Serie A.