In the first part of the series, Oliver Fisher looked at what system the Rossoneri should establish moving forward.

The second edition assessed the current squad, including who should stay and who should go.

This third part will take a look at who Milan should bring into the club to add the necessary touches and build a competitive squad.

Speculation has been rife about just how much money Mirabelli and Fassone have to work their magic in the summer transfer window.

Estimates range from around €120million up as high as €160million.

According to Carlo Festa of Il Sole24Ore, the new Milan owner is ready to dish out €145million into Milan this coming summer. Here is how this number will be divided:

1. €55million will arrive from the Vienna bonds.

2. €60million will be available thanks to the second capital increase which will be authorized by the board of directors.

3. €30million which can arrive from player sales (like Carlos Bacca for example).

Before talking about players to sign, it is important to acknowledge that the mercato budget will be boosted by the sales of certain players.

In Part 2, the judgement was reached that Mattia De Sciglio, Leonel Vangioni and Cristian Zapata should all depart the club. For those three players, around €20million should be expected to bring a total of €165million.

In the midfield, Keisuke Honda, Andrea Poli and Jose Sosa are likely to move on. The first two will move on likely for free, as Honda has a contract expiring in the summer, while Poli has one until 2018 but has become a bit-part player. Meanwhile, the club could expect to recoup around €15million for Jose Sosa, who has been linked with a move back to Turkey. That would leave a total of around €180million. 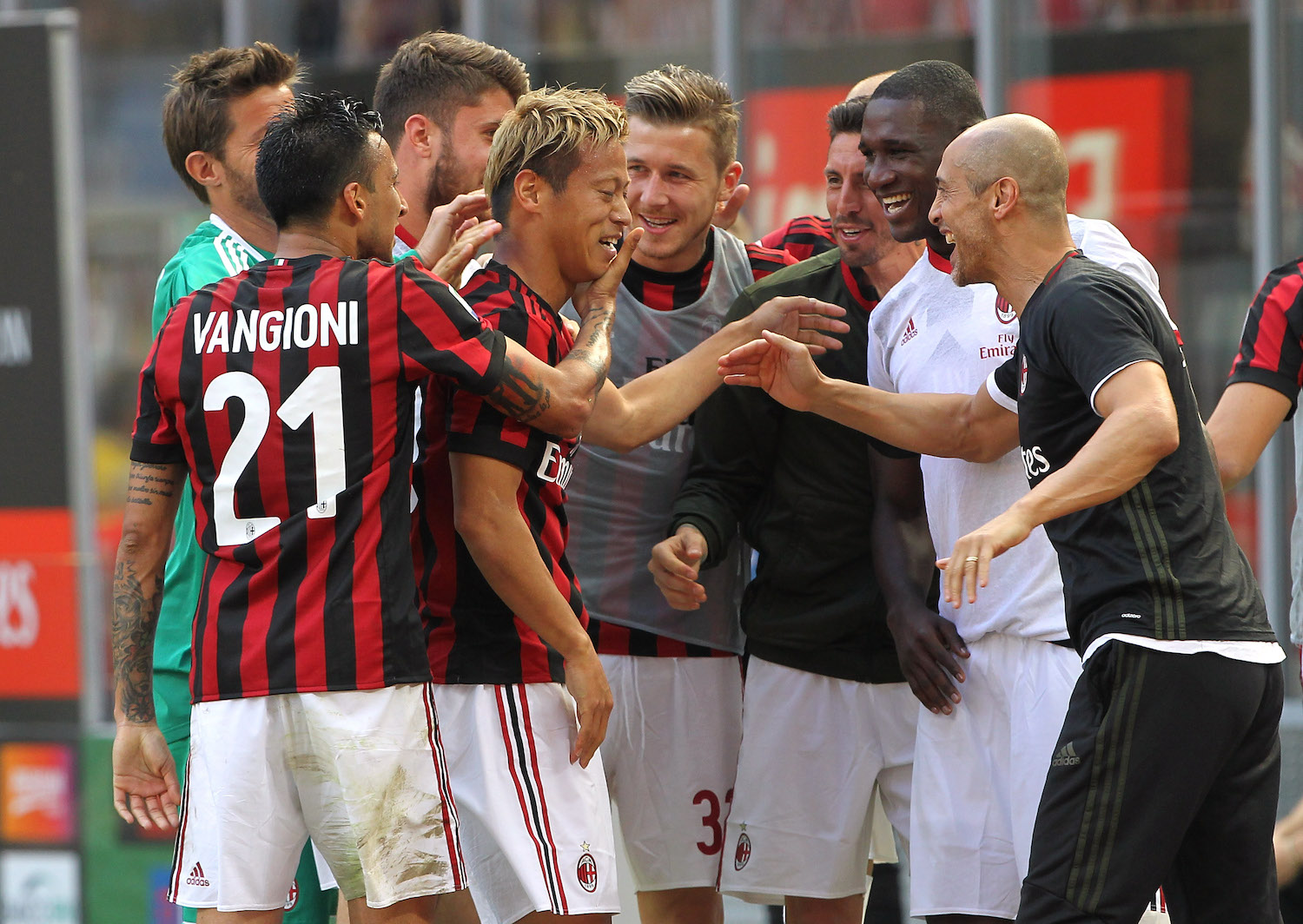 Gerard Deulofeu and Lucas Ocampos are attacking players who we should expect not to see in a Milan shirt next season. The pair are on loan and will likely not be made into permanent deals (as Deulofeu will reportedly re-join Barcelona, and Ocampos has not impressed).

It is highly anticipated that Carlos Bacca will depart the club, and while Milan may not be in a position to demand the same fee as last summer, the should still be able to get around €20million for the Colombian, taking the budget up to €200million.

Talks are also underway between Watford and AC Milan to negotiate the buy option on M’Baye Niang‘s loan spell with the Hornets. Reports suggest they not keen on spending €18million on the player, but it may be reasonable to expect €15m, taking our total to €215million.

As mentioned in Part 1, there is no need for a major change in the goalkeeper department, which going in to next season should be comprised of Gianluigi Donnarumma, Alessandro Plizzari, and Gabriel.

In terms of new signings to re-inforce the Rossoneri rearguard, reports suggest that the Club are close to agreeing deals to bring in two defenders this summer.

The first is centre-back Mateo Musacchio from Villarreal, believed to be costing the club around €18million in transfer fee which – considering the €25million paid for Alessio Romagnoli – could prove to be a steal.

Meanwhile, Wolfsburg left-back Ricardo Rodriguez is also apparently closing in on a move to AC Milan for a fee of around €21million in total (which includes €3m of bonuses). The Swiss international adds much needed depth and would likely get a starting berth at LB with the departures discussed previously.

With the challenges of European football to face, it would be wise for Milan to put some of the budget towards another centre-back for depth. Simon Kjaer has been discussed, and the 28-year-old would be a solid option due to his experience of European football, his height and physicality, and of course the two spells he had in Serie A before. Rumours state he could be acquired for around €10million, which would be a bargain in truth. 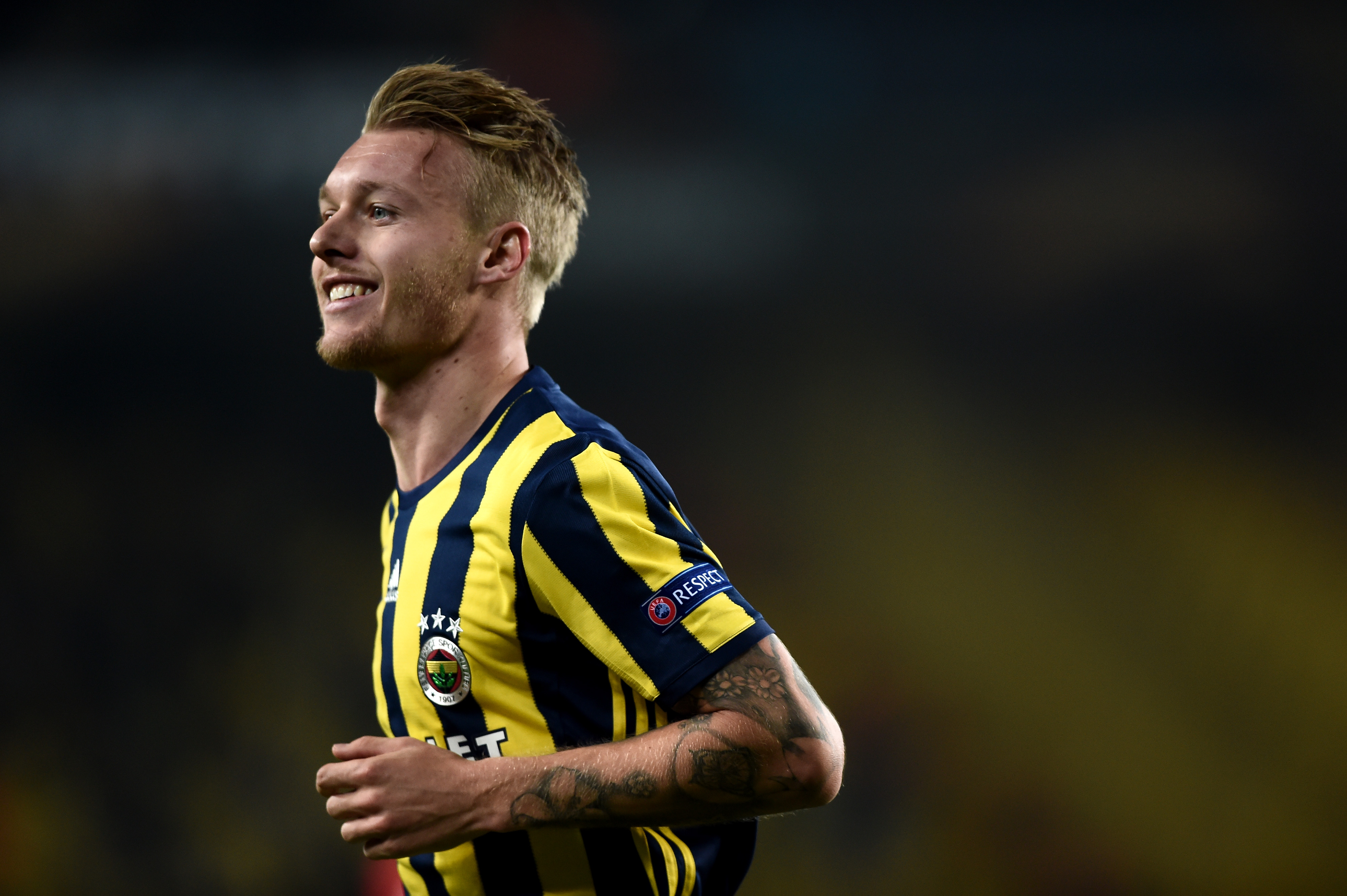 It would also be nice to see Andrea Conti in a Milan shirt season. Latest reports claim AC Milan are preparing an €18million bid for the Atalanta defender, with €20million possibly enough to seal the deal for one of Italy’s brightest talents.

That brings total spending on the defence to around €69million, which may seem excessive, but with the pressures of European football hopefully to become a normality, squad depth is key. Plus, it is less than 1/3 of the overall budget, meaning there is still plenty to work with.

In Part 2, it was decided that Andrea Bertolacci, Giacomo Bonaventura, Juraj Kucka, Manuel Locatelli and Riccardo Montolivo should all feature next season. This means that with five midfielders already on the books, only a couple of wise additions are needed.

Firstly, Franck Kessie of Atalanta has been linked with a €30million move to AC Milan, something which would be a wise deal from the Rossoneri‘s point of view. He is young, energetic, talented and already possesses something the Milan midfield currently lacks, so €30m could prove to be a snip and it is a deal that the new ownership should definitely look to wrap up.

Milan Badelj has also been linked with a move to the club. With his contract expiring at the end of the season, the experienced current Fiorentina play could be the right man to slot into the deep-lying playmaker role due to his defensive ability and his distribution. With his agent confirming he will leave La Viola this summer, it would make sense to bring him in on a free transfer. 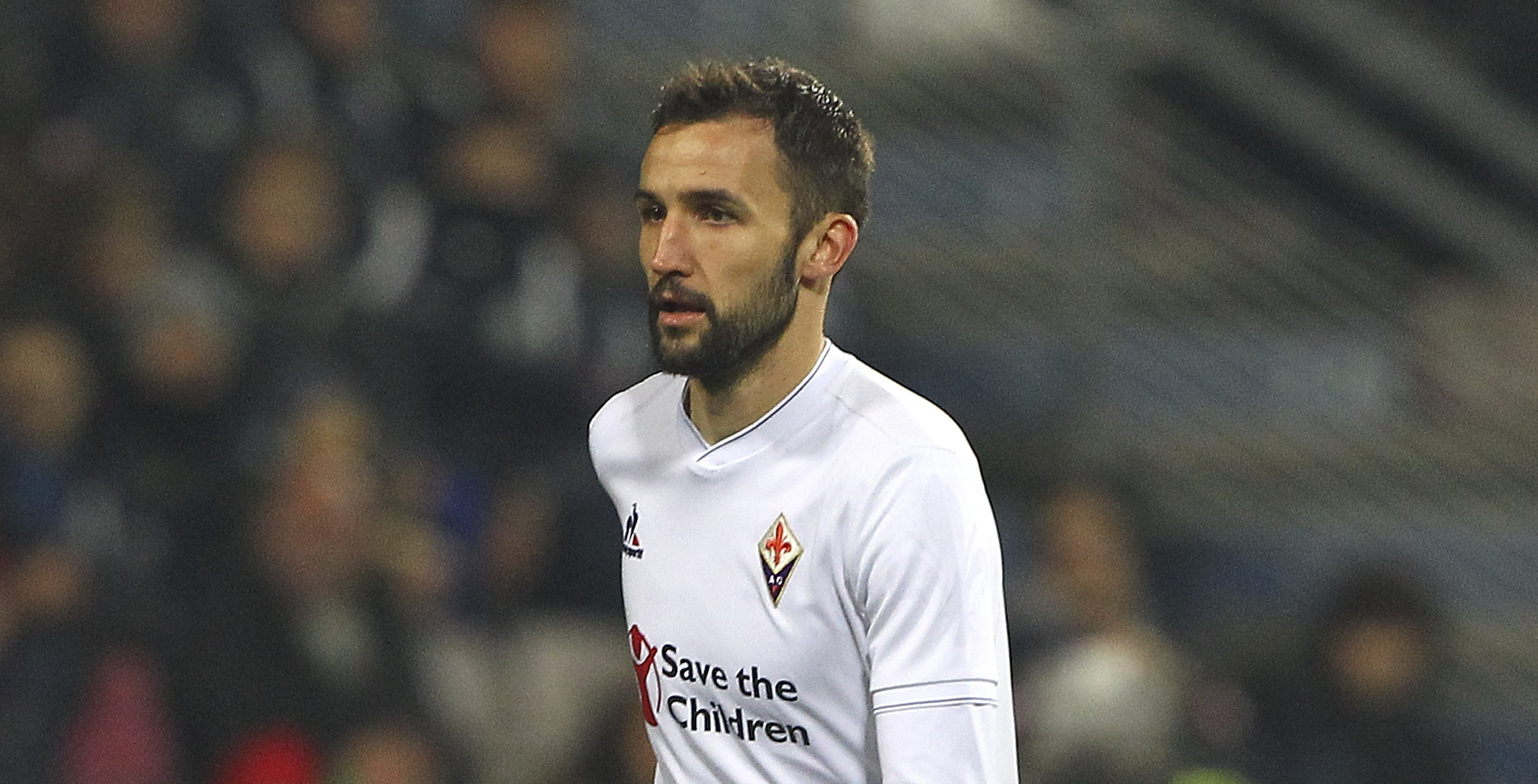 In addition, contacts should be made with Chelsea to extend the loan spell for Mario Pasalic, who has been impressive since his arrival. Inserting a buy clause into the deal would be wise (if reasonable, so around €15million), as many are of the opinion that the Croatian could be a very useful player moving forward.

Finally, it is worth getting in touch with Torino to offer up Juraj Kucka plus a cash sum for Daniele Baselli. The exact amount of cash offered depends on Il Toro‘s valuation of the player and just how much Sinisa Mihajlovic values a reunion with Kucka, but it is unlikely that a deal could be done at this stage.

Three midfield signings could possibly be enough, as that would take the squad up to eight total midfielders. Of course, adding a luxury signing such Cesc Fabregas or Luka Modric would be a huge statement of intent, but financially may not be the best decisions currently.

Total spend on the midfield would come to just €30million if the aforementioned deals go through, while Milan will have added three quality players.

Midfield and attack are arguably the areas that Milan need the most work, with the latter being the most complex of the departments to try and predict.

Rumours state that Pierre-Emerick Aubameyang and Alvaro Morata are the priorities for a new CF, with Andrea Belotti a possible alternative.

Of the three names mentioned, Belotti is likely to be the most risky. He may be a Milanista, but Torino will try and rinse the Rossoneri ownership for every penny and €100million is a colossal investment for a player who is yet to have a taste of European football. For that reason, it is understandable to see why the owners have prioritised Aubameyang and Morata. 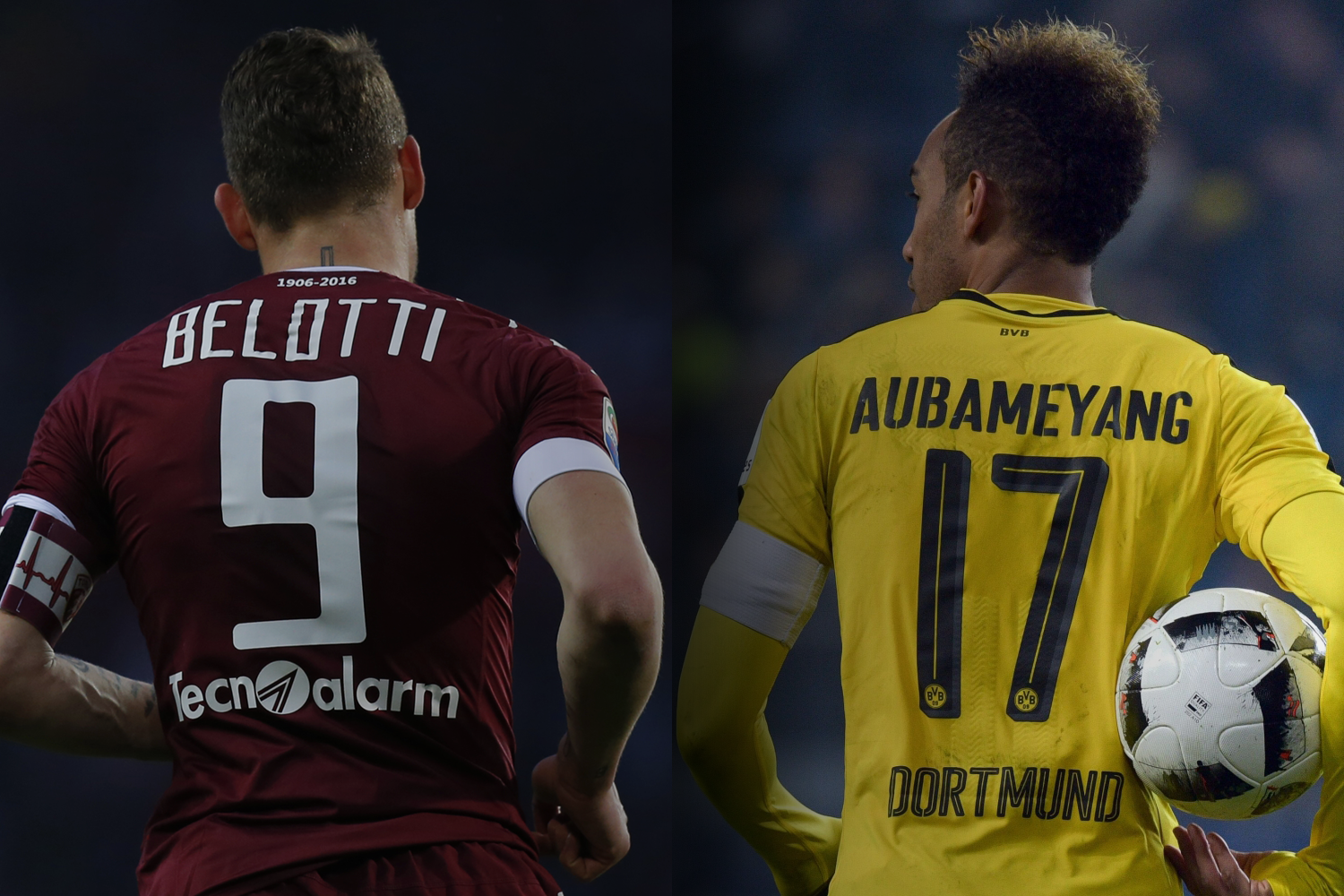 There is something romantic about the idea of a return for Pierre-Emerick Aubameyang. He has scored goals for fun in the Bundesliga, including capturing the 2016/17 golden boot ahead of Robert Lewandowski, and seems to be flirting with a possible Milan comeback. ‘Auba’ has the potential to destroy Serie A defences with his pace, power and precision – if Milan can get him for €60million or less, he has to be the number one choice.

As a versatile striker/winger option, the Diavolo should explore the idea of bringing in Alejandro Gomez from Atalanta. A lot of players from our Lombary rivals have been mentioned, but with 15 goals and 10 assists it is fair to say ‘Papu’ could be the best of them all. Due to his age, a bid of around €20million should be enough to persuade them.

As a pure winger, Milan should try and wrap-up the deal for Senegalese star Keita Balde. The Lazio man is widely linked with a move to San Siro, and with 16 goals scored at just 22-year-old, the club should have no problems parting with €25million to seal the deal.

Three big-name signings and just over €100million spent should be enough to completely revamp the Rossoneri attack, giving Montella plenty to work with moving forward.

To summarise, here are the proposed ins and outs…

Stay tuned for Part 4, where we put all the plans together and see exactly how AC Milan could line up in the 2017/18 season…