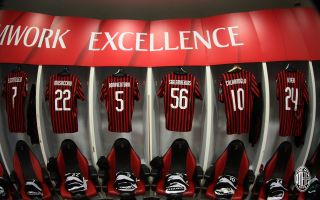 AC Milan vs. Juventus: Official line-up – One change from Inter as Calabria starts

AC Milan boss Stefano Pioli has named his line up for the Coppa Italia semi-final first leg tie against Juventus at San Siro, with just one change from the loss to Inter.

The Rossoneri will be looking to bounce back after experiencing a capitulation in Sunday’s derby defeat by setting themselves up well for the second leg of the Italian Cup semis, a competition which they have reached the final of in two of the last four seasons.

Pioli has confirmed the use of the 4-2-3-1 formation that saw great success in the first half against Inter. In goal is Gianluigi Donnarumma, with the only other change in the back four being Davide Calabria coming in for the suspended Andrea Conti.

The midfield sees Franck Kessie and Ismael Bennacer partnered together, with Samuel Castillejo on the right and Ante Rebic on the left. Hakan Calhanoglu will be in behind Zlatan Ibrahimovic.

You can read our match preview for the first leg here.