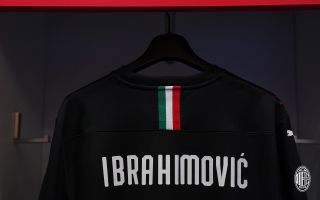 AC Milan head coach Stefano Pioli has resisted the temptation to start Zlatan Ibrahimovic from the first minute against Sampdoria.

Milan will be looking to put memories of the 5-0 thrashing they received against Atalanta in Bergamo firmly in the background and build on the good signs that were seen prior to that game against a struggling Samp side.

You can read our match preview here for the game which marks Ibrahimovic’s homecoming, but in the meantime Pioli his named his starting XI for the game.

As anticipated, Gianluigi Donnarumma is in goal with Alessio Romagnoli and Mateo Musacchio the full-back pairing, while Theo Hernandez and Davide Calabria are the left and right backs respectively.

Rade Krunic and Giacomo Bonaventura flank Ismael Bennacer in central midfield, while up front Krzysztof Piatek gets the nod at CF with Suso on the right and Hakan Calhanoglu on the left.