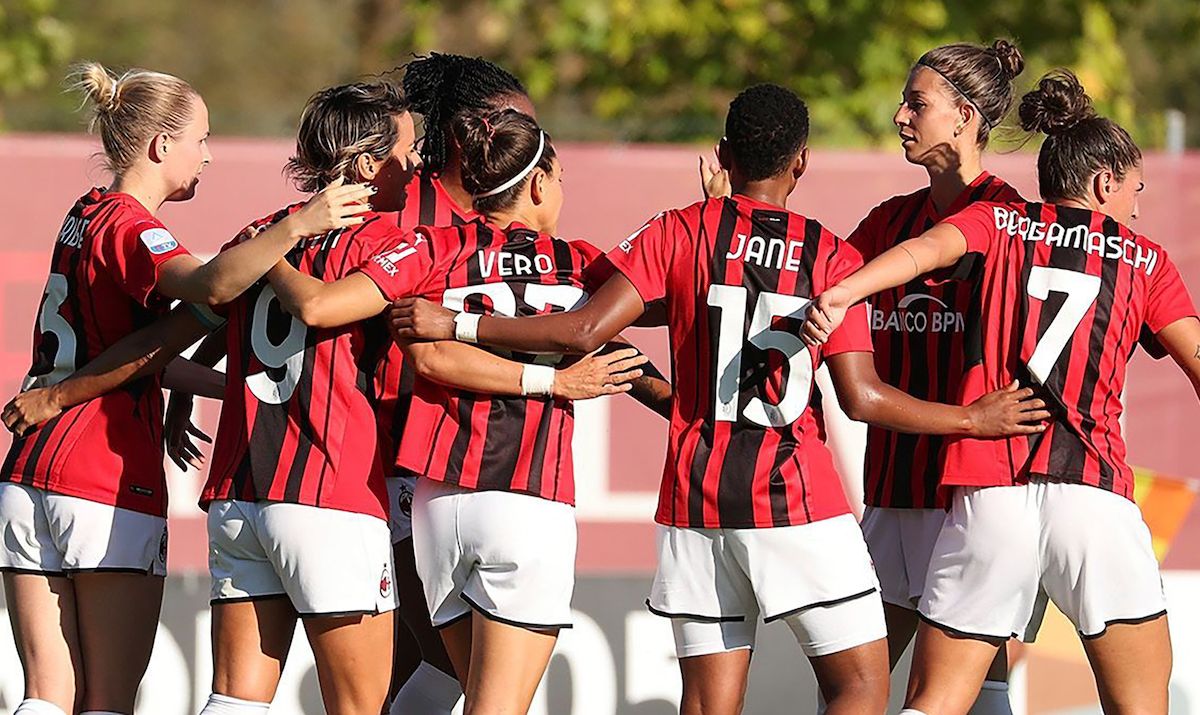 The AC Milan Women won their season opener against Hellas Verona. They won the match in a resounding 4-0 victory.

Here’s a recap of the match…

Milan took the field with virtually the same formation and starters as their last match against Hoffenheim. The Rossonere were on the front foot from the get to, as Refiloe Jane produced two dangerous shots in the first 25 minutes. In the 18th minute, Vero found Thrige with a great pass, but the Danish defender’s shot was narrowly off target.

Milan’s breakthrough would come in the 23rd minute when Vero’s through ball found Giacinti and went into the back of the net. About 37 seconds later, Valentina Bergamaschi doubled the Rossonere’s advantage, with her cross slash shot found the back of the net (24′).

The Rossonere kept pushing forward and eventually won a penalty. Giacinti stepped up to convert the spot-kick from twelve yards out and just like that, the Rossonere were ahead 3-0 before half-time.

Halftime ended and Milan began the second half with less fire in their veins. The second half was played at a slower tempo and saw Milan engaging in-game management. Fortunately, they remained in control of proceedings thanks to the strength of their defense. They also continued to probe and to create chances.

The fourth goal of the match would come for the Rossonere in the 53rd minute. It came after an excellent midfield action from Vero, who won their one-on-one battle with Alessia Gritti. She pounced on the mistake then slotted it home.

Though they were down and out, Verona did not give up, as they went looking for consolation and came close to it thanks to Lineth Cedeno (73′).

Fortunately for Milan, she did not score. However, the closing stages of the match belonged to the Rossonere. Miriam Longo was substituted into the match and nearly scored (83′).

Giacinti had the opportunity to score a hat-trick in the 91st minute. Unfortunately, she couldn’t convert her chance.

It didn’t matter because, in the end, the Rossonere would emerge victorious from this match.

Unfortunately, the match wasn’t broadcast live outside of Italy. This shut international fans out from watching the match live and prevented us from truly enjoying the experience of watching the Milan Women play.

The only consolation we have is that the match was at least uploaded to the Dailymotion page. You can watch a full replay of the game below.