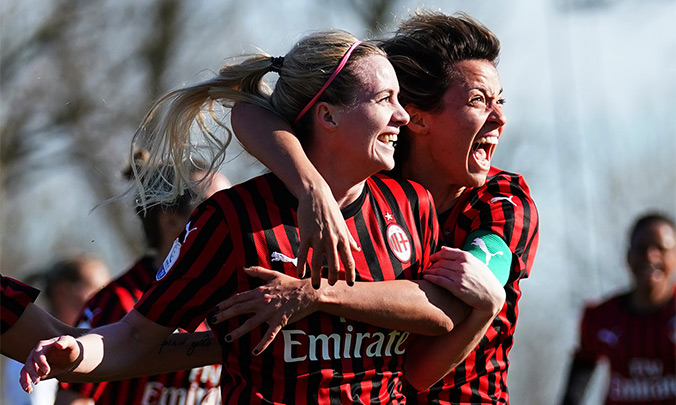 The AC Milan Women beat AS Roma 3-2 in an absolute thriller on Monday.

The game was noteworthy for several reasons, chief among them being that Milan’s newest signings, Pamela Begič (midfielder) and Berglind Björg Thorvaldsdottir (forward) were both available for this match.

Berglind Björg Thorvaldsdottir was only announced one hour before the match had started.

The Rossonere have unfortunately, been dealing with an injury crisis of sorts, so Maurizio Ganz (coach) had to improvise and insert the newly minted players into the starting line-up. In the end, he would hit a jackpot with his gamble.

The game between Milan and Roma started off fairly even, with both teams finding ways to disrupt each other’s rhythm in the middle of the park, and not allowing either side to maintain possession for too long.

However, Milan would soon found themselves behind, as Roma’s Lindsey Thomas struck first at the 20th minute. She would then double Roma’s advantage with another successfully converted strike at the 49th minute. Milan then found themselves two goals behind.

Despite the initial setback, Milan never gave up. They kept pressing. The breakthrough for Milan would eventually come at the 70th minute, as new girl Thorvaldsdottir would open up Milan’s scoring account. Berglind used her experience in Serie A to her advantage, and would lead Milan to their miraculous fightback.

Thorvaldsdottir’s goal was great, but Refiloe Jane’s was even better. Just eight minutes later, Jane would put in a cross that would somehow end up in the back of the net, in what was surely an ‘I meant to do that’ moment.

Fifi's fist goal with AC Milan and her celebration with the team are the purest thing ever#MilanRoma #Milanfemminile @fifinhojane pic.twitter.com/nV87HhwdPO

Even thought a tie would have suited us just fine, thankfully, the Milan women felt otherwise.

At the 89th minute, the aptly named Thorvaldsdottir proved that lightning does strike twice, as what was initially a shot by Valentina Giacinti ricocheted off the crossbars and somehow found its way onto the head of Begić, only for it to be eventually turned in by the Thor.

Cue much celebration with a great sense of relief from the Milanisti. We won not only a crucial three points, but we also kept our hopes of playing in next season’s Champions League alive too.

It is living proof that hope does spring eternal, especially when you have a deity on your team.

The final score of the game was 3-2. The scoreline eerily mirrored the same result the AC Milan men had won their game by, just a day before. The similarities get even more eerie once you realize that both games played out nearly the same way. Both matches started off with two howlers from both Milan goalkeepers that led to an initial disadvantage, with both teams ending the first half a goal behind, and then having to come from behind and win the game, with goals that were scored in the dying minutes of the match.

The fact that both teams fought so hard until the bitter end is proof that the Rossoneri’s fighting spirit is alive and well.

You can relive all of the highlights from the Rossonere’s fantastic match down below.

Now it’s onto next Saturday and a match against the relegation threatened Orobica Bergamo (12 p.m. CEST).

Here’s to hoping the Rossonere can maintain their good form and secure the three points we’ll need to keep our hopes and dreams alive. 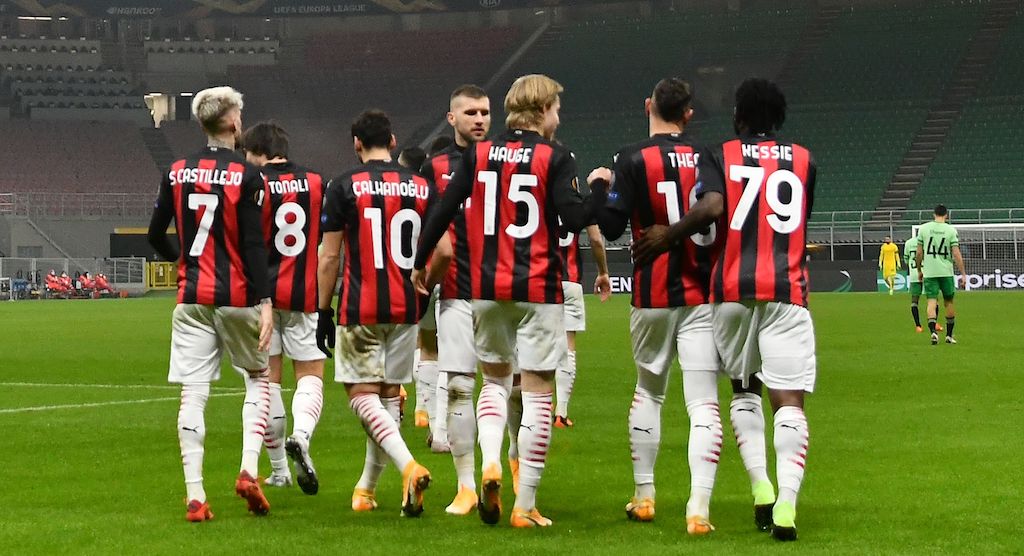 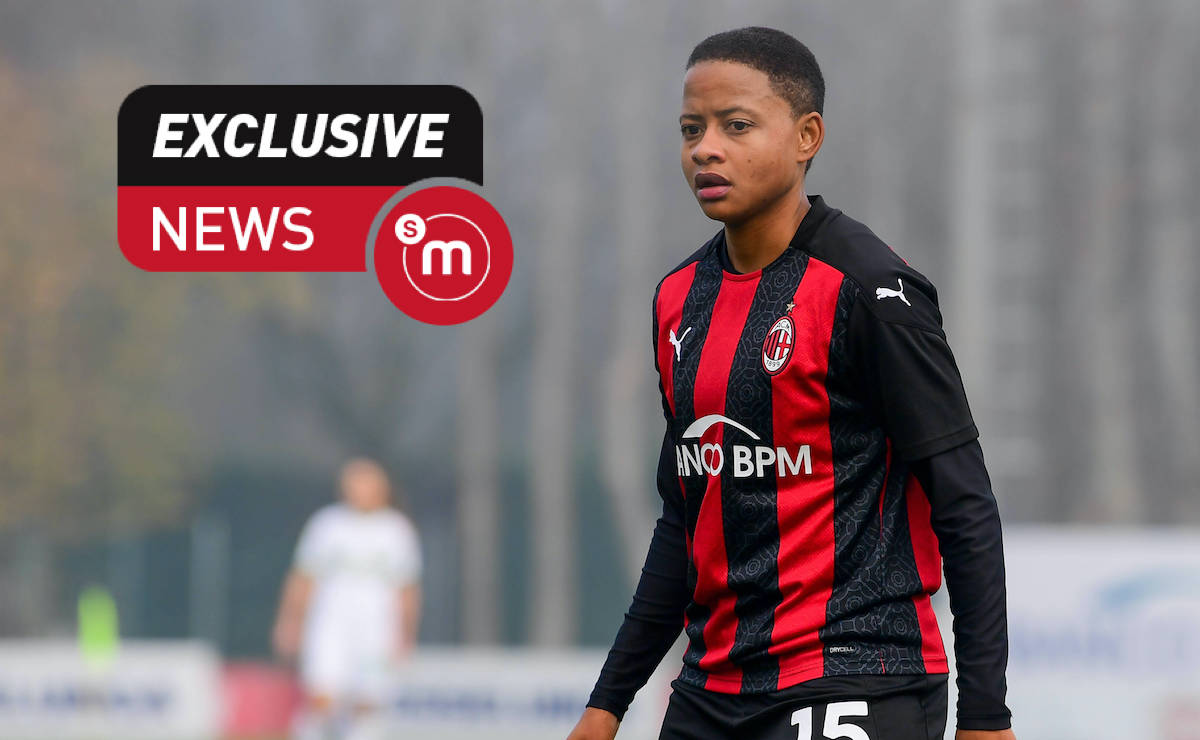 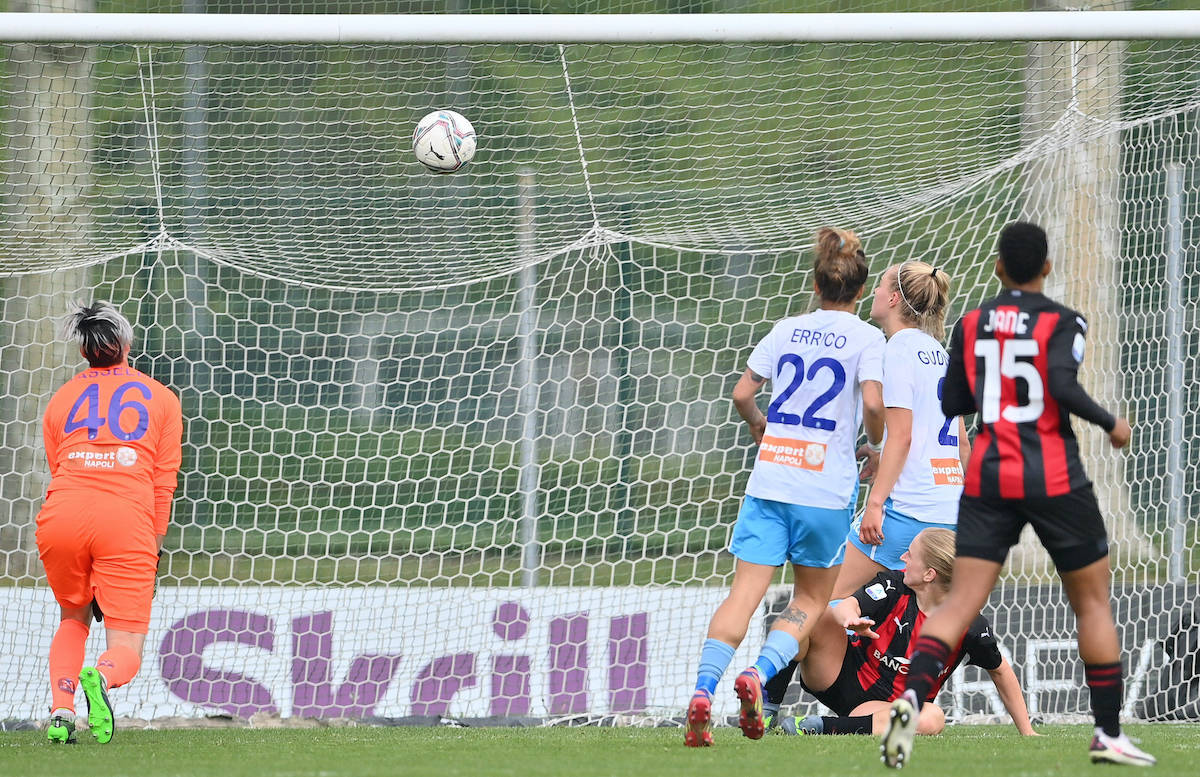