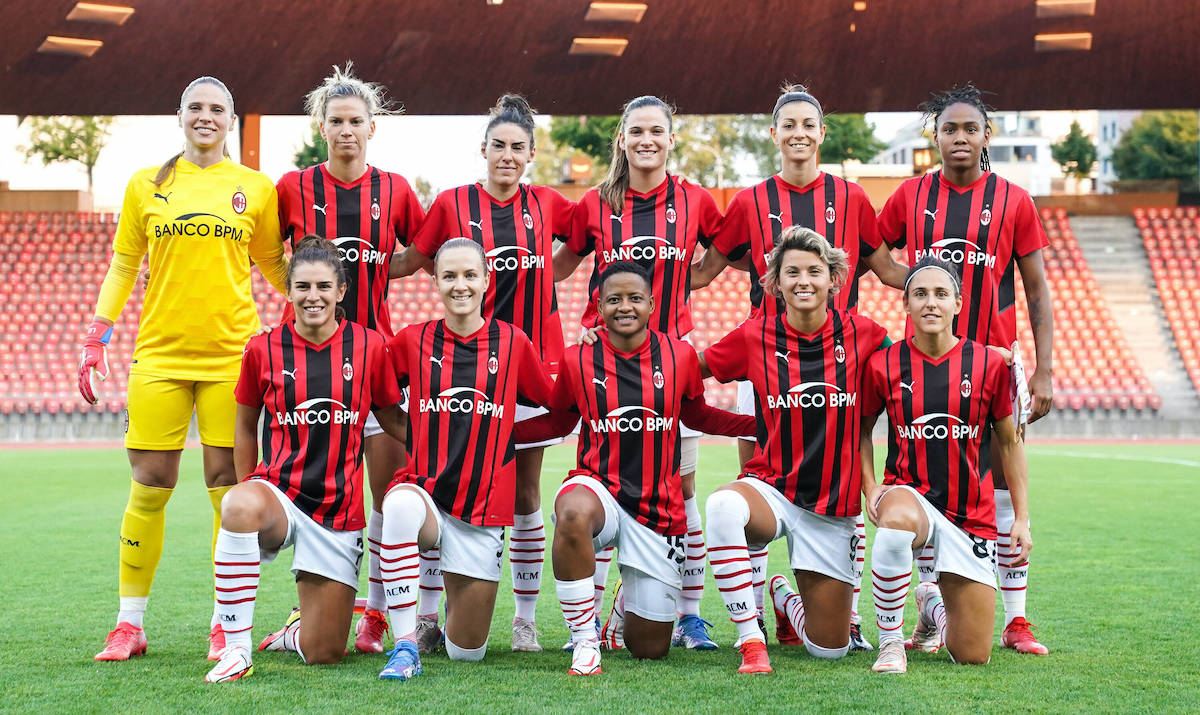 After their Champions League campaign came to a premature end, the Rossonere are ready to focus on the league.

The AC Milan Women will start their season on Sunday, August 29th. They’ll play their first match of the season against Hellas Verona. The Rossonere are not only looking to qualify for next season’s Champions League but to end the season with a trophy.

Last season, the team won sixteen matches and lost three games. They also tied three of them. The team also scored 47 goals and conceded 17 in the process. Verona, on the other hand, only won six games last season. They drew three of them and lost thirteen.

The last time the two teams play each other ended in a 2-2 tie. The match was the final game of the season for both teams and came after Milan secured UWCL qualification.

There was also a heavy turnover in the squad for the Rossonere, with starters like Giacinti, Fusetti, and Agard rested for the match.

This time around, it’s more likely that the team will field a full-strength lineup. The team will alternate between playing either a 3-4-1-2, a 3-5-2, or a 4-2-1-3. Milan plays better with four at the back but we’ll see what formation they take the field in.

But the more important thing is, let’s hope they begin the season with a victory.

You’ll be able to watch the game on TimVision, Milan TV (Italy only), the official AC Milan app, on the team’s Dailymotion page.