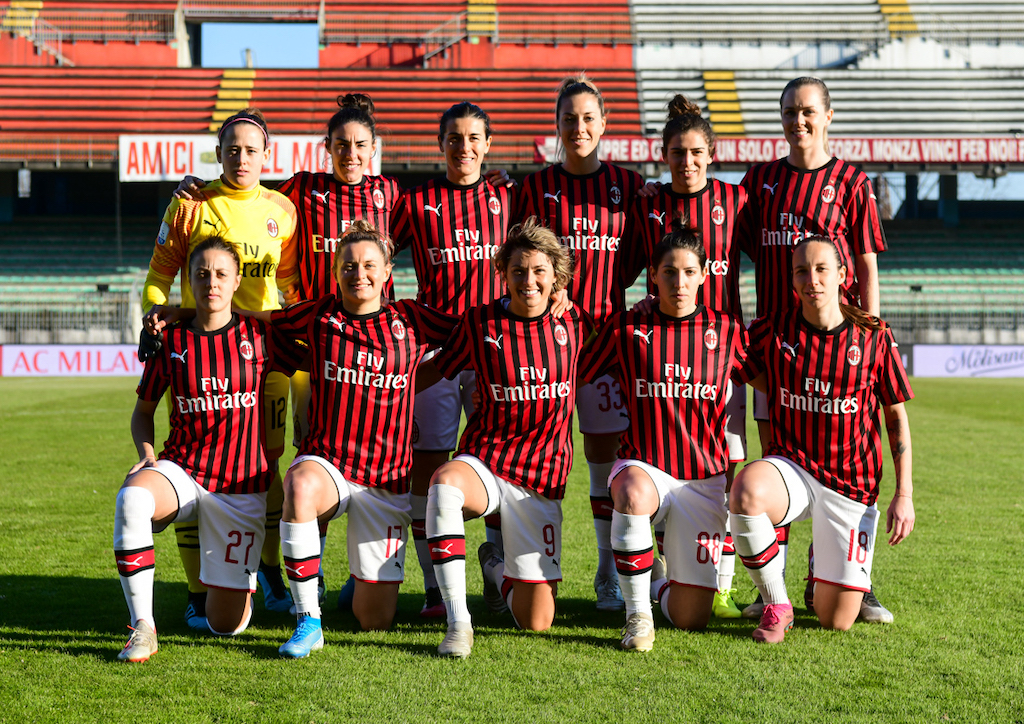 It’s been a banner year for the Rossonere, and they are looking to continue that into 2020 and build on what has come before.

In addition to captain Valentina Giacinti and fellow Valentina (Bergamaschi) being a part of an Italy squad that performed admirably at the Women’s World Cup (while managing to win many hearts and minds in the process), the women are also a part of a Milan squad that has been doing surprisingly well in Serie A, and are currently in contention for a place in next season’s Champions League.

However, the season is far from over, and Milan will be looking for reinforcements during the current transfer window in order to ensure that they remain competitive for the rest of the season.

Currently, they are in the process of signing Pamela Begič, who will be a much needed midfield enforcement that will bring with her both height and versatility, and that will add some much needed depth to their bench.

However, they’re not stopping there. Luca Maninetti (of Spazio Milan) has also revealed that they’re currently in talks with PSG Féminine for one of their players.

It’s not confirmed what position they’re specifically looking for reinforcements for, but speculative guesses at the moment are that they are looking for a midfielder as Milan’s midfield was unfortunately, left depleted over the summer due to a few high profile departures, most notably with Brazilian international Thaisa, and Italy stalwart Manuela Giugliano.

The Rossonere recently won their last game of the year, a friendly against Riozzese 6-1. Their next game will be on January 12th, when they take on Empoli for the second half of the Serie A Femminile season.