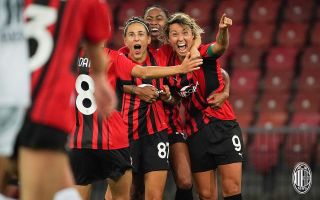 Valentina Giacinti fired the Rossonere to a victory thanks to a brace as the captain led by example, making sure Milan qualify for Friday’s final against Hoffenheim, which will see who qualifies for the second and last preliminary round, leading in turn to the group stage and the last 16.

Giacinti scored two fine goals on the night including one with her right and one with her left foot, while the performances of Vero Boquete to the new signings Giuliani, Árnadóttir and Thomas deserve highlighting.

🎥 Relive the thrills of our first #UWCL win 💪