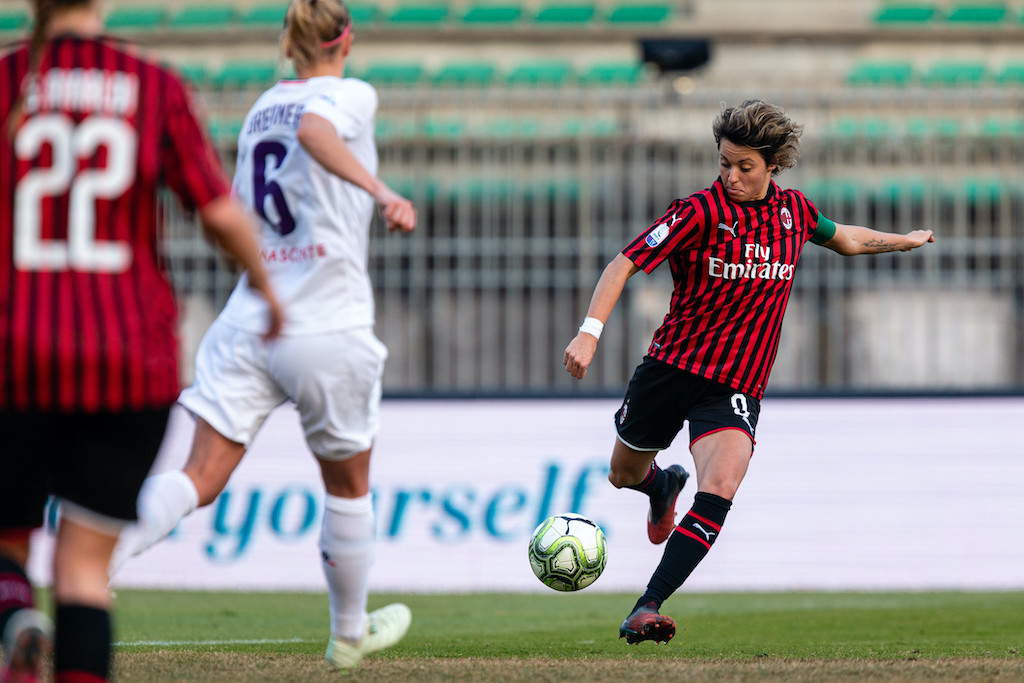 Valentina has stated that Bobo is one of her idols, so it’s no surprise that she would accept his request to appear on a live interview with him.

Here are some of the highlights of the interview…

“I am training at home. Milan [women] are at our own houses, and in a little while we will start training again, but we don’t know when,” she said.

“I hope that the league will start again. We are second to Fiorentina and if the league is suspended, then that means Fiorentina will go to the Champions League.”

“The idea of playing abroad is beautiful, as they are professionals [outside of Italy] and it’s different than our situation here.”

On the state of the national team

“In terms of the national team, everything has stopped. We would like to qualify for Euro 2022 in England. It would be very beautiful. In France, we played the World Cup in the summer. In America, they are 10 to 15 years ahead of us, as they have been professionals for many years.

“We exited the World Cup against The Netherlands, as I fumbled a goal during that game. The rhythm at the World Cup is very high compared to our championship [Serie A Femminile]. Our level rises when we play in the national team [however], so we can play at that level.”

The interview concluded with Bobo Vieri promising to visit the Brianteo to watch the Milan Women play.

Serie A Femminile is currently suspended due to the ongoing COVID-19 crisis. A meeting will be held on May 25th to discuss whether the league should resume again.

If the league does resume, then the Milan Women won’t start training until June.