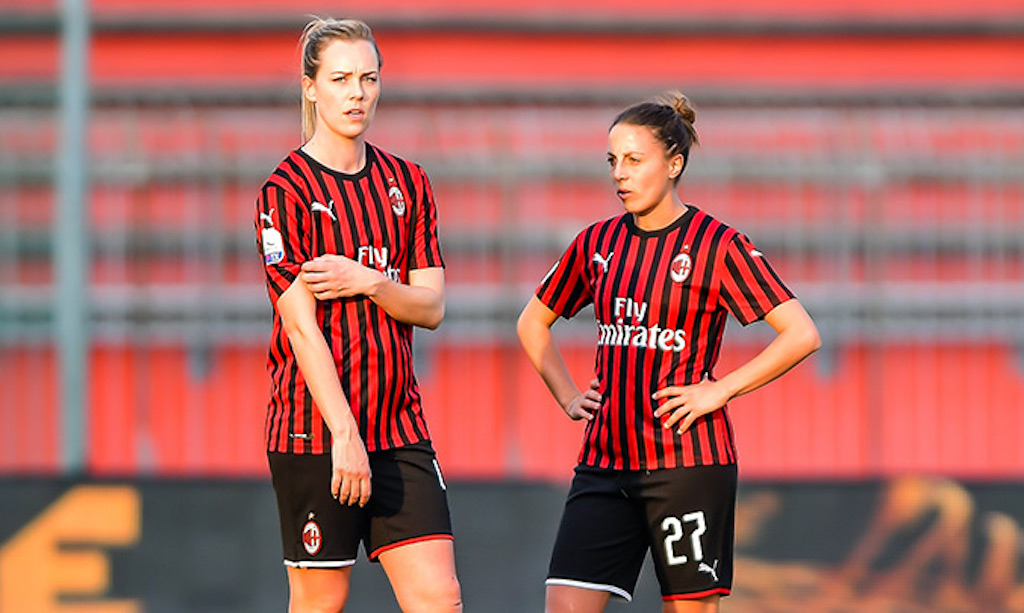 AC Milan Women vs. Fiorentina in the Coppa Italia postponed due to coronavirus

AC Milan’s match against Fiorentina has been called off. The match has officially been postponed.

The postponement was put in place after the city of Firenze recently confirmed their first case of the coronavirus.

The second leg of the fixture between the teams was set to be played at the Stadio Gino Bozzi in Firenze. Now, it will be played at a later date.

This also comes in light of the FIGC’s decision to have all of Serie A’s weekend fixtures played behind closed doors, including the match between Genoa and Milan.

This is the second time an AC Milan match has been called off this season. The first postponed match was against Pink Bari. That one was called-off due to fog, though it was eventually rescheduled for January 29th. Milan won that game by a score of 6-3.

Milan, and the rest of Serie A Femminile will be taking a break this weekend, due to a few upcoming tournaments.

The league will resume play on March 21st. The Milan Women will be taking on Juventus for that weekend’s Big Match. It will be yet another crucial tie that will determine whether they’ll play in next season’s Champions League.

Until then, let’s just hope the Milan players will fare well in their respective tournaments. More importantly, let’s hope that we’ll eventually get to enjoy Milan games without fearing for the safety of both the players, and the fans.