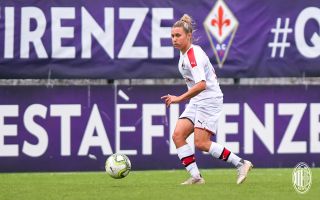 AC Milan Women vs. Fiorentina postponed due to coronavirus – Coppa clash on the horizon

Sunday’s match between the AC Milan Women and Fiorentina was postponed, due to a regional outbreak of the coronavirus in Italy.

The statement was made after Italy’s prime minister, Giuseppe Conte, declared that the government had issued a ban on all sporting events in the regions of Veneto and Lombardia. The ban has since extended to Torino out of precaution.

The ban was put in place after three people fell victim to the deadly disease. All three victims resided in the affected regions. Currently, there are 110 confirmed cases of the disease in Lombardia.

Sunday’s postponed match was supposed to be the start of a double-header between Milan and Fiorentina, as the two teams were slated to play each other twice in one week. The games were originally scheduled for February 23rd and February 26th, with both teams set to play each other in the league, and for the Coppa Italia.

Milan and Fiorentina will have their match rescheduled. The match between the two will be important, as the outcome of it will most likely determine who will play in next season’s Champions League.

Despite the cancellation of Sunday’s match, the two teams will still play each other in their Coppa Italia fixture.

The match will be played on Wednesday, February 26th, at the Stadio Gino Bozzi in Firenze. Toscana is not one of the regions affected by an outbreak of the virus, so the match will go ahead as scheduled.

Fiorentina will go into that game with an advantage, as they won the first leg of the tie by a score of 2-1.