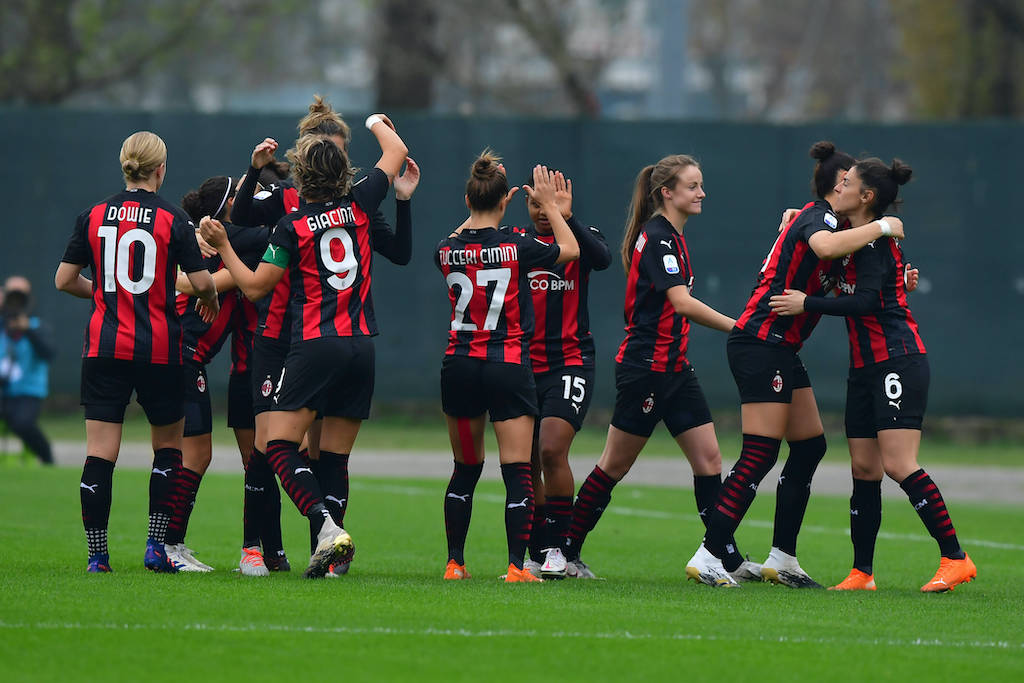 After a two-week international break, the AC Milan Women are ready to get back into action.

The match will also be a good opportunity for Milan to test out the partnership of both Veró Boquete and Julia Šimić. We saw glimpses of their potential in the Coppa Italia as the two players worked in tandem against Orobica. The two of them moved the ball around with ease and their first touches were simply sublime. The midfielders made sure that Milan held the majority of possession during that game and helped them secure a 4-0 victory.

Look for them to continue working in sync to boss around the midfield, and for their partnership to continue to grow.

Fiorentina have a mixed record for this season as they’ve won three matches, but have also lost three as well. Milan have won all but one of their matches this season.

Milan also has former Fiorentina player Laura Agard helming their defense, and that should give them an advantage in this game as Agard will work to shut her former team’s offense down.

Final scores are hard to predict but with all of this in mind, fortune would seem to be on the Rossonere’s side. Look for them to emerge the victor’s of Saturday’s encounter.