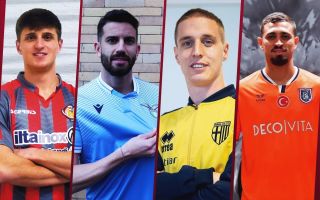 The January transfer window has come to an end, for this time. AC Milan, in addition to completing three signings, also managed to offload four players that haven’t played much this season.

The Rossoneri did what was expected on the outgoing front and could end up getting some money for it, but not much. Either way, they should be pleased as having outcasts on the wage bill isn’t nice. All the figures below are via Transfermarkt.

Duarte has never convinced since he arrived from Flamengo in the summer of 2019, and his exit was frankly about time. Even with the injury crisis at the back, the Brazilian centre-back didn’t get the chance this season.

Milan agreed to send him on loan to Turkish side Basaksehir for 18-months, and the latter were keen to include a buy-out clause in the deal. There have been no reports on the fee, though it’s probably somewhere around the break-even point capital-wise.

Conti has struggled with several injures since he arrived from Atalanta and it’s a shame to see him leave, but also understandable. With Davide Calabria and Diogo Dalot ahead in the pecking order, it was clear an exit was on the cards.

Parma agreed to a €7m option to buy, which will turn into an obligation if they can avoid relegation this season. A decent amount for Milan as they will avoid a capital loss, which is so important these days.

The youngster was relatively unknown at the start of this season as he featured with Milan in the pre-season games, bagging a great goal against Monza. However, bar a goal against Bodo/Glimt, he didn’t have a huge impact when given the chance.

And to be fair, he didn’t get the chance that many times either. Therefore, a loan move made total sense as Milan still believe in his qualities, hoping that the valuable experience he will get at Cremonese can help him develop even more.

Just like Duarte, Musacchio was clearly out of favour and despite some playing time in the last few weeks, his exit seemed inevitable. Genoa were also linked with him but when Lazio came knocking, things proceeded very quickly.

With just six months left on the contract, Milan decided to let him go for free as they will save the remainder of his salary. A good bit of business, in other words, as they risked having him at the club until the summer.