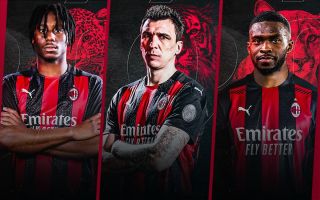 AC Milan’s 2021 winter mercato: All the official signings and details

The transfer window has come to an end for this time, with Milan bringing in a total of three signings. There were rumours about a left-back potentially arriving, but the Rossoneri decided not to pursue that.

Paolo Maldini and Ricky Massara have had a successful mercato, many would say, as they didn’t have much to work with budget-wise. Yet they managed to fill all the gaps in the squad, bringing in good players as well. All the figures below are via Transfermarkt.

The midfielder was to first to arrive as Milan felt the need for a reinforcement in that department, especially since Rade Krunic has failed to perform in the pivot. And with Ismael Bennacer injured at the time, the move made absolute sense.

As a result, Stefano Pioli now has four players for the midfield tandem and will thus be able to alternate between two pairs. Meite will keep his salary of €1.6m (plus bonuses) per season and it remains to be seen if he will be redeemed in the summer.

Zlatan Ibrahimovic has struggled with a few injuries this season and this has affected Milan, although they have continued to claim the points. Without the Swede, the style of play is different and the hope is that Mandzukic will be the perfect alternative.

Milan thus decided to pounce on the free-transfer opportunity, with the Croatian ready to join straight away. He will earn €1.8m for the first six months and the contract has an option for a one-year extension.

And with the other two signings completed, there was just one more role left to reinforce: centre-back. After courting Mohamed Simakan for a long time, Milan decided to go with Chelsea’s Tomori and managed to secure him on a loan.

He has already come in handy, as Simon Kjaer has picked up another injury. The loan includes a buy-out clause and it remains to be seen if Milan will exercise it, though it’s certainly looking promising right now.