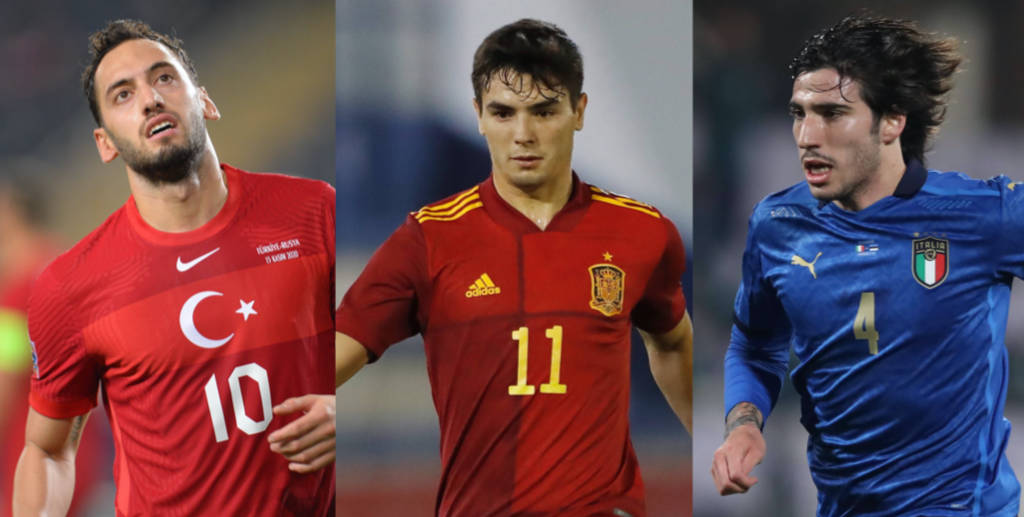 A number of the Milan squad were in action for their respective countries over the recent international break.

Alessio Romagnoli was not risked for an of Italy’s three games during the break as he recovers from a flexor problem, but Donnarumma kept two clean sheets as the Azzurri ran out 2-0 winners over Poland and Bosnia, meaning he is the goalkeeper with the most clean sheets in the Nations League groups.

Tonali meanwhile made his third start for the senior team, playing 45 minutes of the 4-0 friendly win over Estonia as the regista. Calabria made his senior debut for Italy, amassing 10 minutes in the win over Estonia before playing the final minute against Bosnia.

Gabbia played a full 90 minutes as Italy’s U21 side beat Iceland 2-1 and Luxembourg 4-0 in their European Championship qualifiers, captaining the side in both games before being rested for the 4-1 win over Sweden.

Calhanoglu was an unused substitute for Turkey’s friendly with Croatia, but played 86 minutes of their 3-2 win over Russia and all 90 minutes in their 2-0 defeat to Hungary, though didn’t manage a goal or an assist.

Krunic remained on the bench for Bosnia’s 2-0 friendly defeat to Iran, but played 78 minutes as a central midfielder in the 3-1 loss to the Netherlands and 71 minutes as a left winger in a 2-0 defeat to Italy as his country capped off 2020 winless as a nation.

Algeria remarkably played the same country twice in their AFCON qualifiers, beating Zimbabwe 3-1 and then drawing 2-2 with them a few days later. He played a full 90 minutes in the first game, and 79 in the second.

Kessie’s Ivory Coast also played the same team twice in AFCON qualification, beating Madagascar 2-1 then drawing 1-1 with them. He played 90 minutes in the first game and 83 minutes in the second game, winning a penalty and converting as he usually does.

🇨🇮 Kessie wins the penalty against Madagascar, and he (of course) scores it.https://t.co/9xwUVjUFRt

Kjaer played all 90 minutes of Denmark’s two UEFA Nations League games, including the 2-1 win over Iceland and the 4-2 defeat to Belgium.

Tatarusanu played just one of Romania’s three games over the international break, starting the 1-1 draw with Northern Ireland. He was an unused substitute and was left out of the squad entirely for the other two.

Leao played 45 minutes of Portugal U21’s 2-1 win over Cyprus, but there was some alarm when he came off in the closing stages of their 2-1 win over the Netherlands having come on at half-time.

Dalot meanwhile played 68 minutes of their 3-0 win over Belarus, but was an unused substitute for the other two games.

Brahim Diaz played in all three of Spain U21’s Kazakhstan (3-0 win) the Faroe Islands (2-0 win) and Israel (3-0 win), registering an assist in the latter game.

It is worth noting that Jens Petter Hauge and Lorenzo Colombo were called up for Norway and Italy U21s respectively, but neither made an appearance.