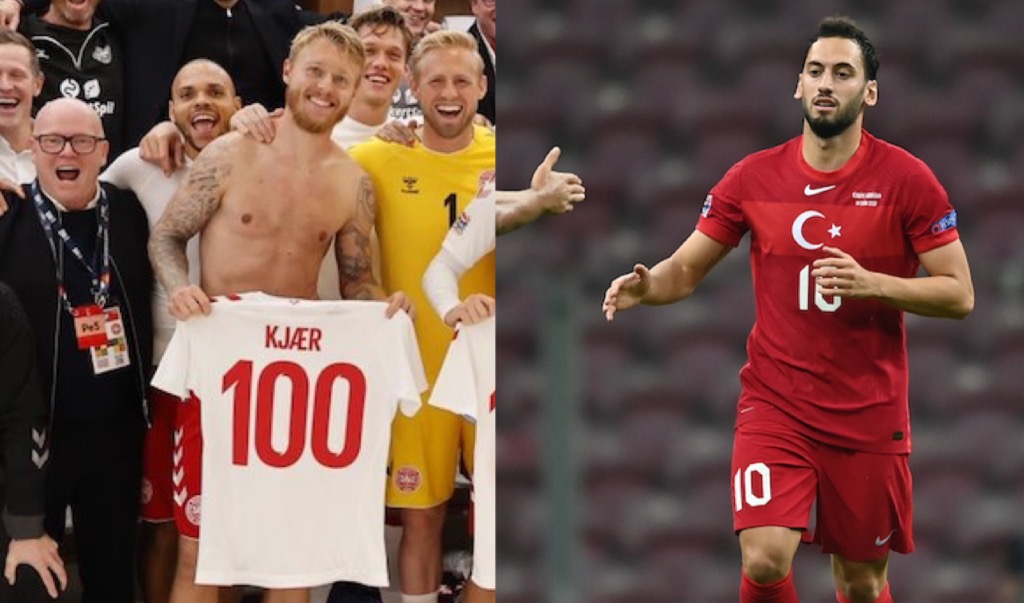 A number of the Milan squad were in action for their respective countries over the recent international break, with five different players getting on the scoresheet.

Started both games for Italy against Poland and the Netherlands, keeping a clean sheet in the former and making an incredible save from Memphis Depay in the latter to ensure a 1-1 draw.

Like Italy, Turkey drew both their games over the break in the Nations League. They managed a 1-1 draw in Russia in which Calhanoglu played 90 minutes, and he played the full 90 again amassing a goal and an assist in a 2-2 against Serbia. He also racked up his 50th cap for his country in the latter.

🇹🇷 @hakanc10 getting in the mood for the derby with a goal against Serbia tonight…pic.twitter.com/sZe86DvovK

Krunic played three games over the break, and scored his second ever senior goal for Bosnia in a penalty defeat to Northern Ireland in a Euro 2021 qualifier. He played 88 minutes in that game as a winger.

He then played 75 and 73 minutes respectively against the Netherlands (0-0 draw) and Poland (3-0 defeat) in the Nations League.

Bennacer was an unused sub for Algeria’s 1-0 friendly win over Nigeria, but played 90 minutes against Mexico and scored his first ever goal for his country in a 2-2 draw with a rocket of a strike.

Kessie played 90 minutes in both of the Ivory Coast’s friendlies as they drew 1-1 with Belgium and lost 1-0 to Japan, scoring a penalty in the former.

Gabbia unfortunately contracted Coronavirus while away and Italy’s U21s did not play as scheduled against Iceland, but fielded a younger team for the second game against the Republic of Ireland which Tonali played all 90 minutes of in a 2-0 win.

Saelemaekers made his debut for the Belgian national team during the friendly against Kessie’s Ivory Coast in the 1-1 draw, and although he will not be credited with an assist he played a big role in the goal as his ball led to opener.

Kjaer came off the bench for Denmark’s 4-0 win over the Faroe Islands last Wednesday, and played all 90 minutes of both the 3-0 win in Iceland and the 1-0 win over England – both away – making his 100th appearance at Wembley.

Hauge came off the bench for the last five minutes of Norway’s 4-0 win over Romania in the Nations League in his debut for his country, but did not feature in the other two games.

It wasn’t a great international break for Romania as they lost 4-0 to Norway and 1-0 to Austria, with Tatarusanu playing 90 minutes in both and captaining his country against the former.