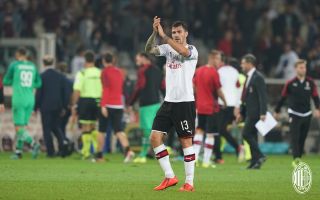 With less than an hour left until kick-off, Marco Giampaolo has announced the starting eleven for the clash against Fiorentina. As expected, the 4-3-3 formation will be used once again.

The defence remains intact as Hernandez will play in place of Rodriguez, putting in a good display against Torino last time out. Hopefully, though, he will be more composed in the final third this evening.

Kessie, Bennacer and Calhanoglu will form the trio in the middle once more, meaning Giampaolo has seemingly decided on the players that he wants in the starting eleven, In fact, for the first time this season, no changes are made to the line-up.

The attack, consisting of Suso, Piatek and Leao, will hope to up their finishing as many chances were squandered against Torino, which resulted in them failing to kill the game when they needed to.

Here’s our starting XI for #MilanFiorentina