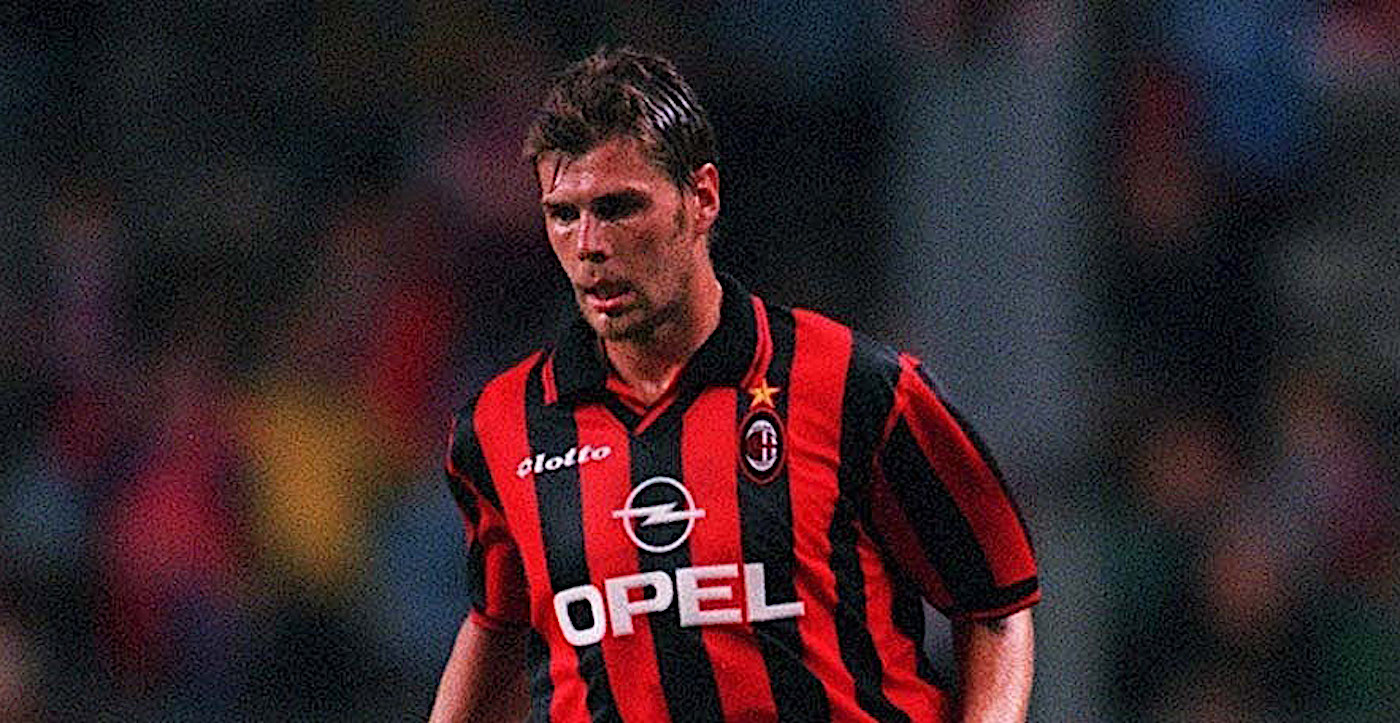 AC Milan’s Zorro: Zvonimir Boban – A legend on and off the pitch

In recent days, there has been a lot of news surrounding AC Milan’s Chief Football Officer Zvonimir Boban. The Croatian recently lambasted the club’s CEO Ivan Gazidis in an interview with Gazzetta Dello Sport, among other things. However, let us for this article focus on Boban the player.

The player who earned the nickname “Zorro” in his career, joined the Rossoneri in 1991 from Dinamo Zagreb for a reported €10m. At the Croatian club, he had displayed his abilities from an early age and made his debut at the tender age of 16, before he went on to captain the club by the time he reached 19. Furthermore, he scored 48 goals in 121 matches from his attacking midfield position.

At the time, Italian clubs were only allowed to have three foreign players in their team and with legends like Marco Van Basten, Ruud Gullit and Frank Rijkaard in the squad, Boban, who was 22 at the time, needed playing time.

He was immediately loaned to Bari. However, the club based in Apulia were unfortunately relegated that campaign, but Boban was closely monitored by Milan’s directors and showed enough in southern Italy to earn a recall and stay with the club.

Back at Milan, Boban had even more competition for places, as in addition to the three Dutchmen, Milan had also acquired Dejan Savicevic, Jean Pierre-Papin and other attacking talents to the already superstar squad.

He took his time to blend into the team and played a total of 22 games in his first season. Interestingly, he played six of those in Europe and scored his first goal for the Rossoneri on the continent. That strike was in a 4-0 romp over Slovan Bratislava in the second round of the newly revamped UEFA Champions League. 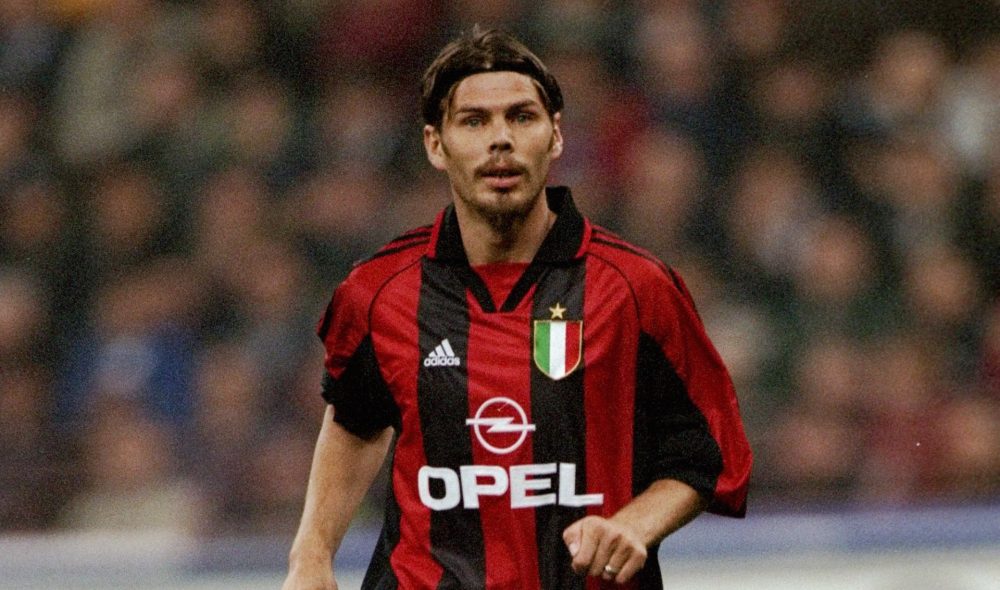 He got his first taste of success with the San Siro club as they won the Scudetto for the second consecutive season under manager Fabio Capello. However, they lost to Marseille in the Champions League final, although controversy still surrounds that match almost 27 years later, but that’s for another day.

The following season was when Boban really started asserting his personality and presence on the team. Gullit had been let go to Sampdoria and the much-vaunted trequartista role, playing behind the strikers, had been left vacant and it needed to be filled.

Despite the team being constantly rotated to accommodate both the three-player foreign rule with the large squad and having the likes of Brian Laudrup to contend for a place with, the now 23-year-old made the position more or less his own.

In Serie A, playing behind the likes of Dejan Savicevic, Daniele Massaro, Florin Raducioiu, Papin etc…, the creativity, vision and his ability to play an incisive final ball, marked Boban out as a key cog in Capello’s team.

He finished the league with four goals, which on the surface might not seem like a lot, but the fact that the club scored a total of 36 and he was the third top scorer after Massaro and Papin, showed he was about quality, rather than quantity.

He scored a brilliant solo goal in the first game of the league season versus Lecce, where he went past a couple of defenders, flicked the ball over another and rocketed a volley into the net that left the Salenti goalkeeper with zero chance.

They had captain Franco Baresi and his central defensive partner Alessandro Costacurta suspended, in addition to the injury of Van Basten. Very few gave the Rossoneri a chance to overcome the fluid attack that the Catalans would bring.

However, in arguably the greatest performance in the club’s history, they ran riot as they won 4-0! Milan also had a goal INCORRECTLY ruled out for offside and they hit the post in what was a commanding display as they were crowned European champions for the fifth time.

Boban was at the heart of everything that was good for Milan. He played behind the strikers and pressed Barca’s defenders, not allowing them to just bring the ball out from their defence.

In addition, his passing success was 98% for the match. His vision to pick out his teammates and even tracking back to help the defence when needed, was a joy to behold. His position as the heir to Gullit was well and truly confirmed.

One of the aspects that at times is overlooked with Boban was his ability to score a variety of goals. By the mid-90’s he started scoring with free-kicks and headers as well. At that time, Serie A was the best league by a distance and scoring was at times at a premium and any midfielder such as Boban who could put the ball into the net from all ways was gold. 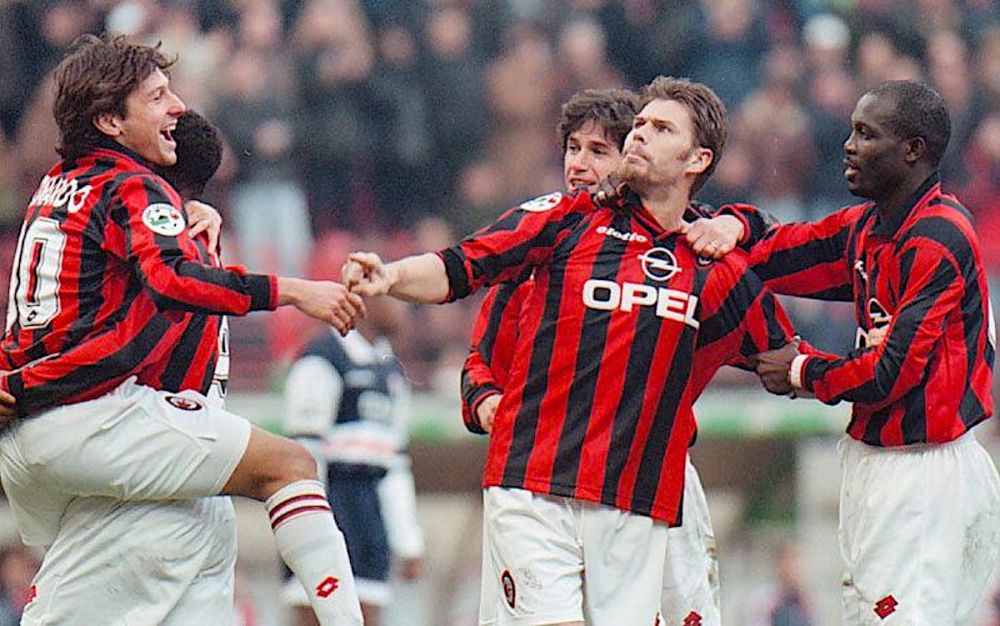 As time went on, Boban started taking more of a leadership role within the dressing room, as the likes of Baresi and Mauro Tassotti neared the end of their playing careers. Ever since his days at Dynamo, he had been a vocal player, who would often be seen handing out instructions to his teammates and he had a steely determination to succeed, probably driven by his struggles he endured growing up and the situation in his homeland.

Boban won two more Scudetti with Milan in 1996 and 1999. In both of those triumphs, he developed an at times almost telepathic understanding with George Weah. One moment, in particular, stood out with the two.

In an away match versus arch-rivals Juventus on the 9th of May 1999, with Milan leading 1-0 and chasing the Scudetto, Boban played a sumptuous ball over the Bianconeri defence that found Weah and the Liberian duly scored past Angelo Peruzzi in goal. The two ran hand in hand towards the travelling Milan fans to celebrate.

That title in 1999 was the Croatian’s last big moment with the club as a couple of years late, he went to Celta Vigo and retired soon after in 2002. Boban ended his Milan career with 30 goals in 255 games and won four Scudetti and that much-celebrated Champions League in 1994.

After retiring, he went back to school and earned a degree in history and worked in television as a pundit. His most well-known moment on camera was when he had a very loud and verbal spat with Antonio Conte back in 2012.

It was in the aftermath of THAT Sully Muntari goal against Juventus, which was not given. And the two former players, who often sparred in the middle of the pitch, were now doing so off it.

Here we are in 2020 and Boban is still standing up for Milan, just like he did when he was a player for the team. Zvonimir Boban is a true Milan legend. 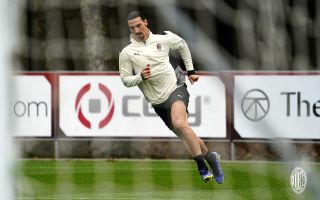