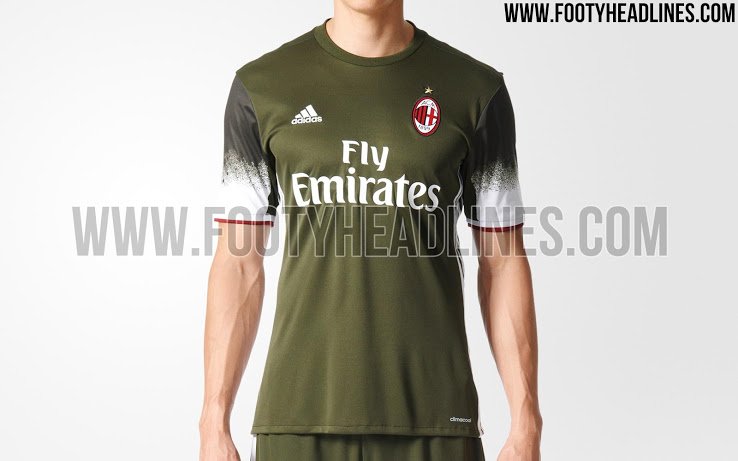 AC Milan’s third shirt for the 2016/17 season has been leaked online.

The away shirt is yet to be revealed, while the home shirt was confirmed ahead of the final game of the 2015/16 season against Roma.

The rumoured third shirt follows the Khaki trend seen in a lot of Adidas gear this year, and features the AC Milan club crest, and red trim at the end of the sleeves.

What do you think, an instant classic, or another Adidas flop?