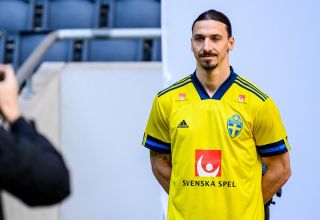 Zlatan Ibrahimovic is back in Sweden’s national team and he could make his return on the pitch already on Thursday. At the age of 39, he will still have a lot to offer to the team, just like he does at Milan.

Sweden will take on Georgia and Kosovo in the World Cup qualifiers and there will also be a friendly against Estonia. Ibrahimovic isn’t expected to take part in the latter, for obvious reasons, but he should start against Georgia.

According to Swedish newspaper Aftonbladet, Ibrahimovic played up front along with Alexander Isak during the tactics drill in training earlier today. This will most likely be the attacking duo on Thursday evening, although nothing is confirmed yet.

Hopefully, the 39-year-old will stay healthy as Milan really need the striker for the final ten games of the season. It might be too late to catch up with Inter, but it would still be a great result to keep hold of second place.

READ MORE: Di Marzio would be ‘surprised’ if Donnarumma doesn’t renew but: “Everyone does their job”