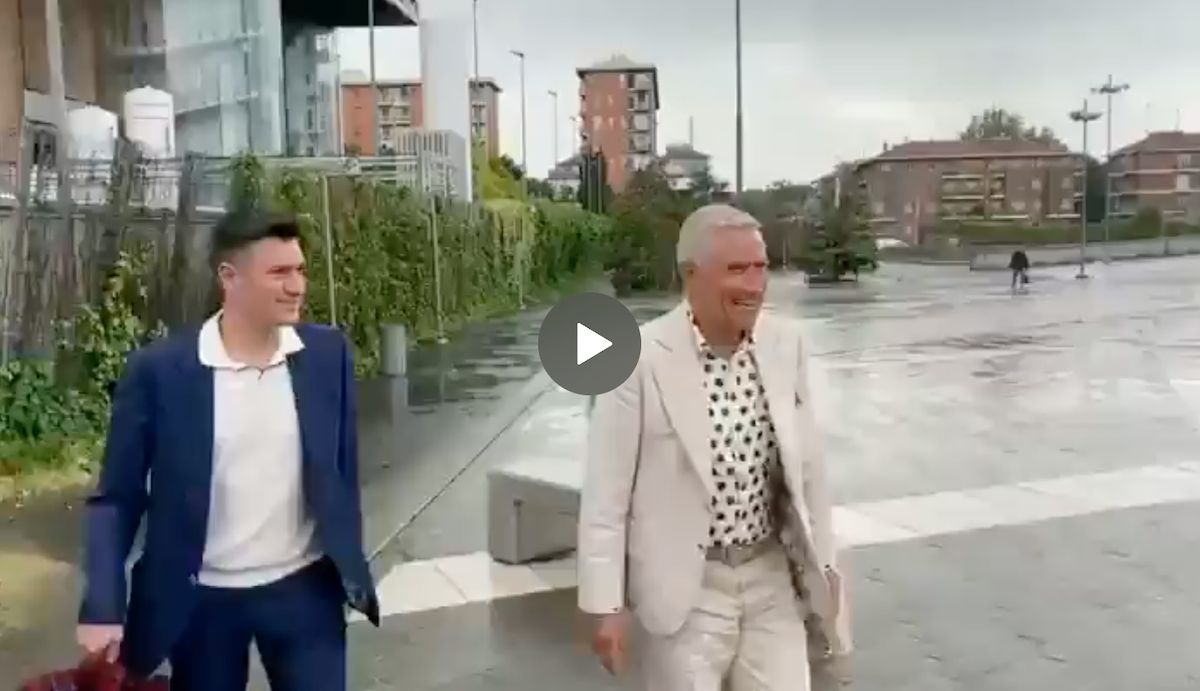 Agent Oscar Damiani has revealed that he met with the Milan management on Monday afternoon to discuss players in Ligue 1.

Gianluigi Torre of MilanNews managed to intercept Damiani at Casa Milan and asked him some questions on current affairs and some issues regarding Milan, amid speculation he was there as an intermediary.

Did your visit to Casa Milan see any names on the table or was it just a courtesy visit?

“We watched tennis on television, there was Musetti’s match against Djokovic. Maldini is a great tennis fan while Massara understands it more than football (laughs). No, jokes aside, we did an excursus on the French league but no name in particular ”

An opinion on Giroud?

“Giroud is an excellent player. He is no longer very young but still has great qualities. We will have to see how Ibrahimovic will be, who has some problems and we hope he will recover. Giroud can be an alternative at 34 years old with great experience and is a very good player.”

What do you think of Maignan?

“Maignan is very strong. He is a great goalkeeper. Of course Milan loses Donnarumma but Maignan is a worthy substitute and I think it will be a great surprise for those who don’t know him.”

Your thoughts on the non-renewal of Donnarumma?

“The non-renewal of Donnarumma is not a matter that I know in detail. It is clear that if he were to leave Italy I would be sorry because the goalkeeper of the national team would leave but we will see where he goes. He has a good agent and he will be able to find an excellent accommodation.”

What player would you recommend to Massara and Maldini and what do you think of the Calhanoglu issue?

“Maldini and Massara are very good and they don’t need my advice. Calhanoglu I think he will stay in the end but I can’t say much. I think the economic side can count in a player’s decision but Milan are a great club and I think he can’t find better.”

An opinion on Milan’s season?

“A great season for Milan, I didn’t expect it. Big congratulations to the management. It was a difficult season but with excellent results and with a team with great prospects. Milan can confirm themselves and I hope they can fight for the Scudetto too.”