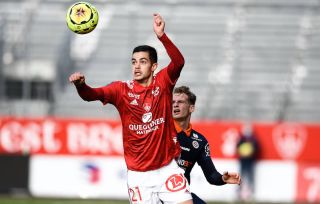 The agent of Brest winger Romain Faivre is trying to get his client a move to AC Milan after the attempts last summer, according to a report.

According to the latest from journalist Nicolo Schira, Faivre’s agent – Jonathan Maarek – is planning a move for his client and has offered him to Milan again. Brest are ready to sell their prized asset in the January transfer window, but they would like to keep him until the end of the season on loan.

It means that the Rossoneri could complete a similar operation to the Yacine Adli one, as the 21-year-old was signed on a permanent deal last summer before sending him back on loan to Bordeaux to continue his development.

The winger was interviewed by La Gazzetta dello Sport two weeks ago (read here) and he talked almost as if his move to Milan was just a matter of time. This is something that Paolo Maldini and Ricky Massara were ‘irritated’ by, as per a report yesterday from Calciomercato.com, but maybe the saga is not over just yet.

READ MORE: Unbeaten run and Ibra nears a milestone – All the key stats ahead of Milan vs. Sassuolo