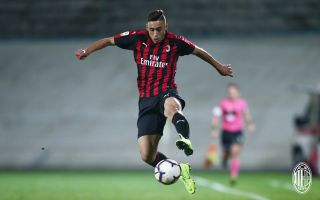 The agent of AC Milan starlet Gabriele Capanni arrived at Casa Milan on Thursday afternoon to discuss finding his client a new club.

The 19-year-old forward joined Novara at the beginning of the season in what was expected to be a loan until June, however he has amassed just over 500 minutes of action thus far, scoring only one goal.

His representative Federico Pastorello arrived at Milan’s headquarters earlier today to discuss his client’s future and, in particular, the opportunity of a loan move to another Serie C side in Catania.

According to Calciomercato.com’s Daniele Longo, Capanni will indeed join the Sicilian side on loan.

🤝 According to @86_longo, he will cut short his loan at Novara and join Catania on another dry loan.