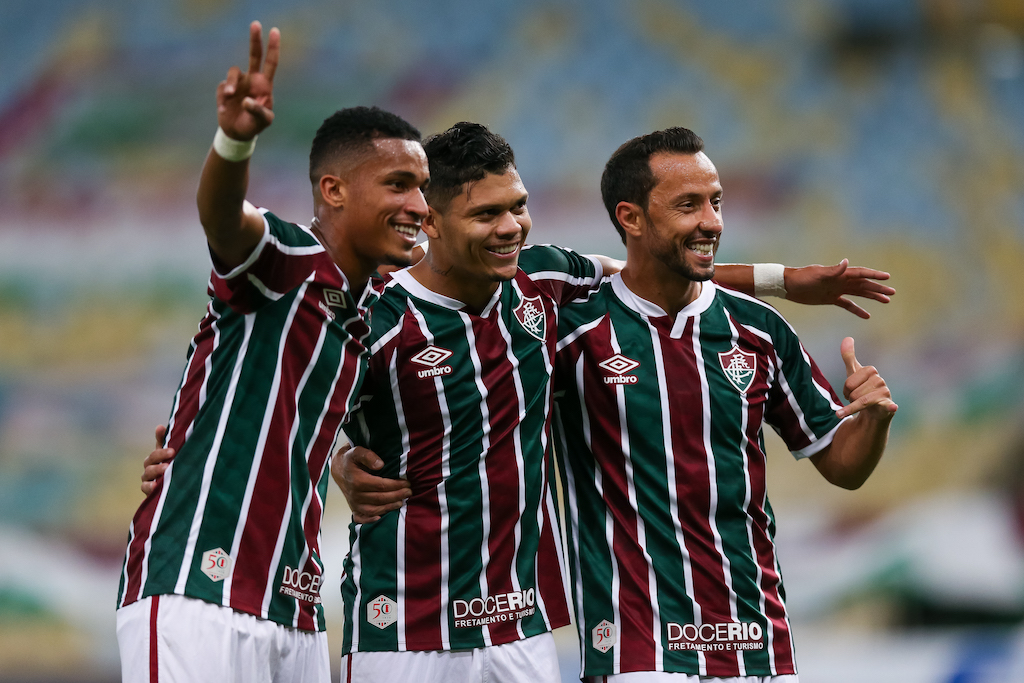 Agent of Fluminese striker confirms he has held talks with Milan, Inter and Juventus

The agent of Fluminese star Marcos Paulo has revealed that he has held talks with AC Milan over a move, as well as Inter and Juventus.

The 19-year-old striker has three goals and four assists in 30 appearances across all competitions so far this season, and several reports in Italy have claimed that Inter are in a good position to land him.

However, a number of other clubs have been linked such as Barcelona and Marseille, though it appears the race is wide open, at least based on what his agent Frederico Pena has said.

His contract with Flamengo expires in the summer, and he certainly did not rule out the chances of him moving to Italy, revealing that he has spoken to Milan.

“At this stage none can negotiate only with the player without the permission of the club. I can say that in the past years we had talks with the Nerazzurri but also with Milan and Juventus,” Pena told told FCInterNews (via Calciomercato.com).

“He has a Portuguese passport and it’s It is normal that with his characteristics he attracts the interest of several clubs. We’ll see what happens.

“Inter are among the top ten clubs in the world, Fluminense didn’t sell Marcos Paulo last season because of COVID, we need to understand what will happen now. We have to see if the player wants to sign a new contract or wait, I am on good terms with Fluminense.

“It is not an easy choice, a low bid could arrive in January, the club will have to make a decision. It will not be easy, both for the potential of the player and for the economic conditions of the club.

“The player comes through the club’s academy and for this reason we could sign a contract extension, we don’t know what can happen. Sometimes, on a psychological level, it is better to change club through a proper transfer and not as a free agent, the next few months will be decisive.

“If he played for Inter, he would be perfect to support [Romelu] Lukaku. In my opinion it is a mix, with due proportions, of a hypothetical combination of skill between [Paulo] Dybala and Rivaldo.”