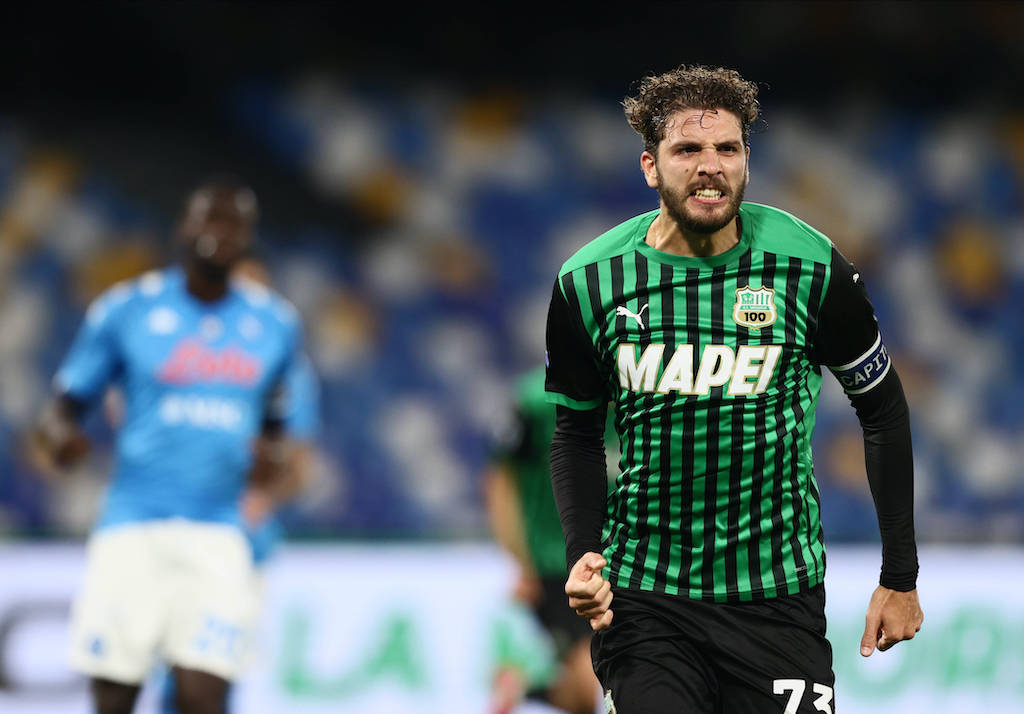 Agent of Locatelli takes dig at Milan as he lifts lid on exit: “At Milan you don’t have time”

The agent of Sassuolo star Manuel Locatelli – Stefano Castelnovo – holds no grudges with AC Milan for letting his client leave.

Locatelli joined Milan from Atalanta’s academy system in 2009 as an 11-year-old, and spent nine years at the club prior to leaving in summer 2018, but his exit came after he exploded onto the scene by scoring a couple of memorable goals including a winner against Juventus at San Siro.

Now, several outlets are reporting that he is a target for clubs like Napoli and Juventus but his price tag is expected to be quite high given the fact he has not yet even turned 23.

Castelnovo spoke to Radio Kiss Kiss Napoli about his client’s departure from Milan, with his comments transcribed by MilanLive.

“When the player was at Milan he did not perform as he is doing now, De Zerbi has always believed that the player he was strong but at the same time he needed the right environment, at Sassuolo he had time to develop his characteristics, but at Milan you don’t have time and you have to be ready,” he said.