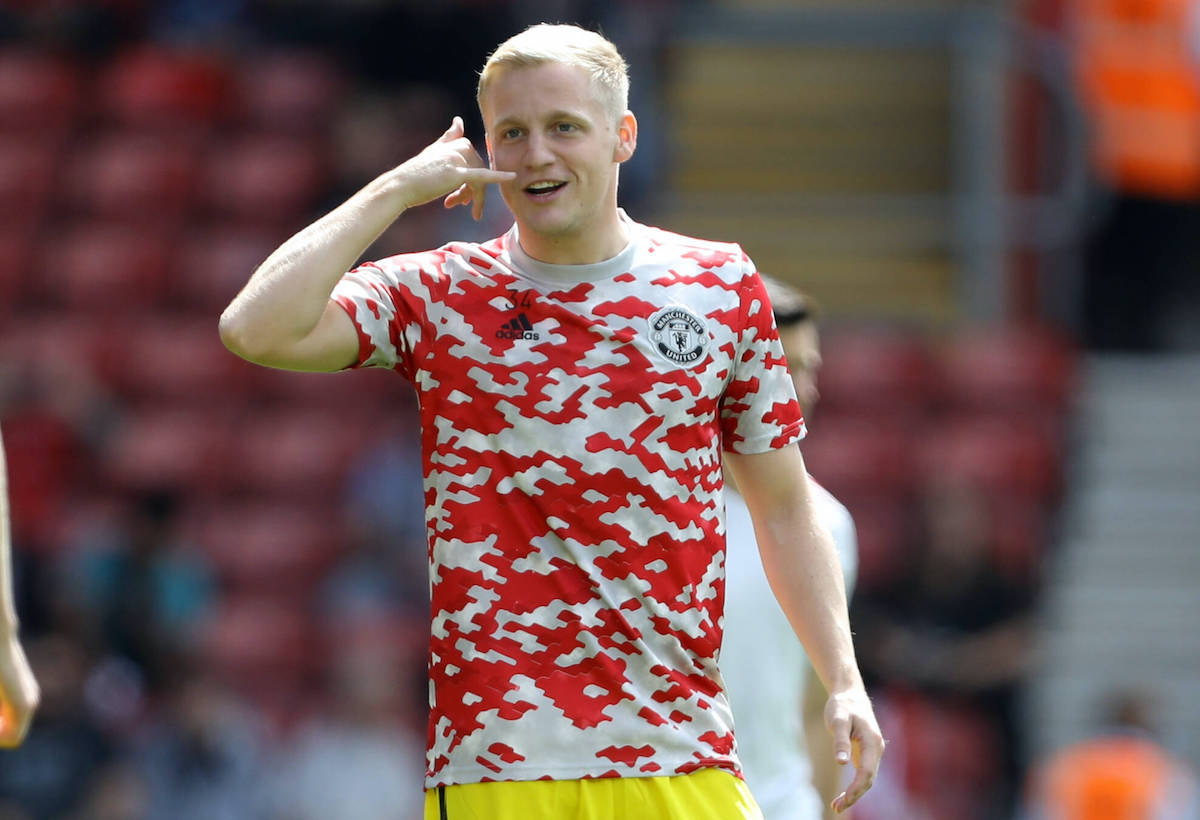 The agent of Manchester United midfielder Donny Van De Beek has hinted that an offer arrived from AC Milan as he reflected on the summer interest in his client.

PianetaMilan writes how United signed Van de Beek from Ajax in summer 2020 for €45m, but the Dutch international played very little, so much so that Milan took an interest in him in the summer.

He seemed destined to leave before the transfer window closed but in the end the Red Devils decided to keep him as they want him to bolster the midfield depth, but now his agent Sjaak Swart has not only revealed that there was a lot interest in his client but also that he was ‘disappointed’ United didn’t collaborate on an exit.

“There was great interest from Italy, Germany and England. So it seemed that he could leave. But the collaboration of the club was needed and that was not the case. A decision that disappointed him, but which could meaning that he will have his chances, but this will be clear in due course. We have full confidence,” he said.

Il Corriere dello Sport (via MilanNews) among other sources stated in the summer how Milan have become alerted by the situation surrounding Van de Beek.