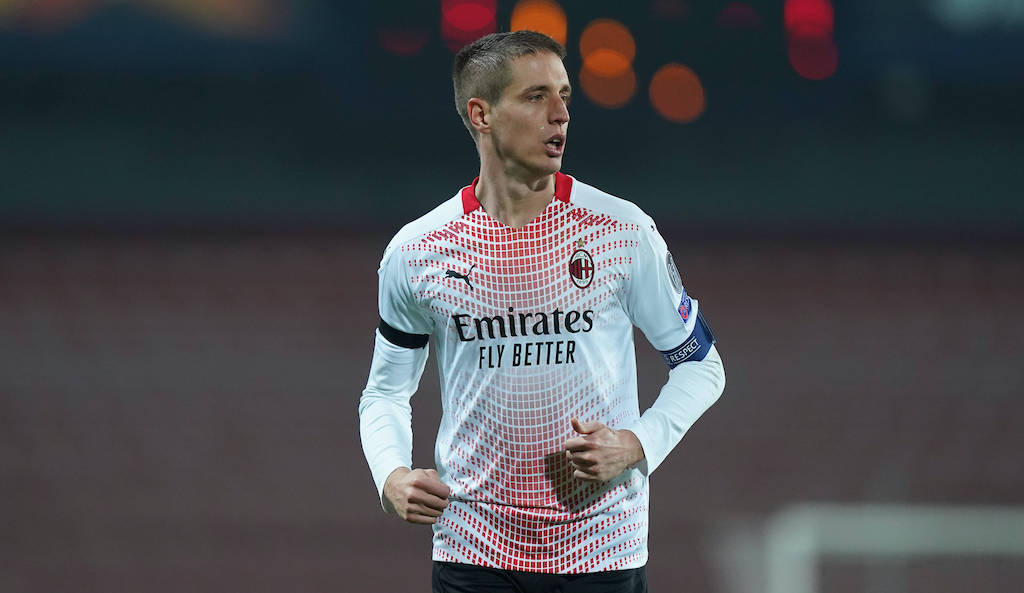 Agent of Milan defender opens up regarding recent struggles: “For me Conti is a daily dilemma”

AC Milan full-back Andrea Conti is causing his agent a ‘dilemma’, he has revealed, as he refused to rule out a January exit for his client.

It seems at the moment as though Conti’s days at Milan are numbered as the right-back has slipped down the pecking order. Towards the end of last season Conti was the holder of a starting spot on the right side of Stefano Pioli’s defence, but he got injured for the final few games it has been Davide Calabria’s ever since.

Calabria has become an immovable starter for Pioli, also earning the call-up to the national team as a reward for his excellent form, and the arrival of Diogo Dalot on loan from Manchester United has not helped Conti’s situation.

MilanNews spoke to Conti’s agent Mario Giuffredi to understand the possibilities of a potential move in the upcoming market.

How is Conti? Is a move expected in January?

“Well definitely not, because last year he always played under Pioli, he was the owner, then he had an operation where he cleaned his knee at the end of July. The season then began, it took him some time to recover and in the meantime Calabria took the place as a starter, Davide is doing very well now. Conti is a bit disappointed, let’s see what will happen.”

Is it possible that he could move in January?

“If you ask me what we will do I don’t know, for me Conti is a daily dilemma. I get up in the morning and think of Conti, for one simple reason, because last year he proved to be a Milan player, he came with a thousand problems.

“Trying to find continuity elsewhere when he has shown that he is a Milan-worthy player would bother me. But if it stays there and continues like this until June it means that we have made a hole in the water. Conti is a question mark, we think about it every day.”

Has he had several loan offers in the past few months?

“He corrected himself, he had many. But Pioli has always given us guarantees, he is a player he considers. In January we will do some evaluations and see what happens.”