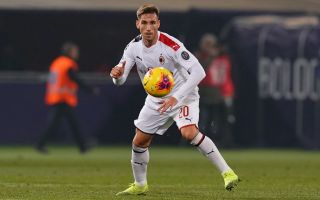 The agent of AC Milan midfielder Lucas Biglia has opened the door regarding a potential return to Argentina once his contract expires.

The 34-year-old joined from Lazio back in summer 2017 but his time at Milan has been far from plain sailing, with a combination of injuries and poor form having quickly dampened the initial excitement surrounding his arrival.

His current deal is set to expire at the end of June but multiple reports are claiming he will sign a two-month extension so he is available until the end of the Serie A season, but then – like Giacomo Bonaventura – he will have to find a new club.

There has been an abundance of speculation in the media surrounding where Biglia may end up next, but the most concrete hypothesis suggested has been that of a return to his home country.

Now Enzo Montepaone – his agent – has admitted to Radio La Red (via Calciomercato.com) that while a return to Argentina is a possibility, offers in Europe will also be considered.

“I do not exclude it to return to Argentina because it is a policy decision that with his family, but for now there have not been contacts with Boca Juniors or Independiente,” he revealed.

“Lucas identifies himself with Argentinos Juniors (where he started his career) and to Independiente he would never say no. We negotiate with some European clubs. He has high expectations.”