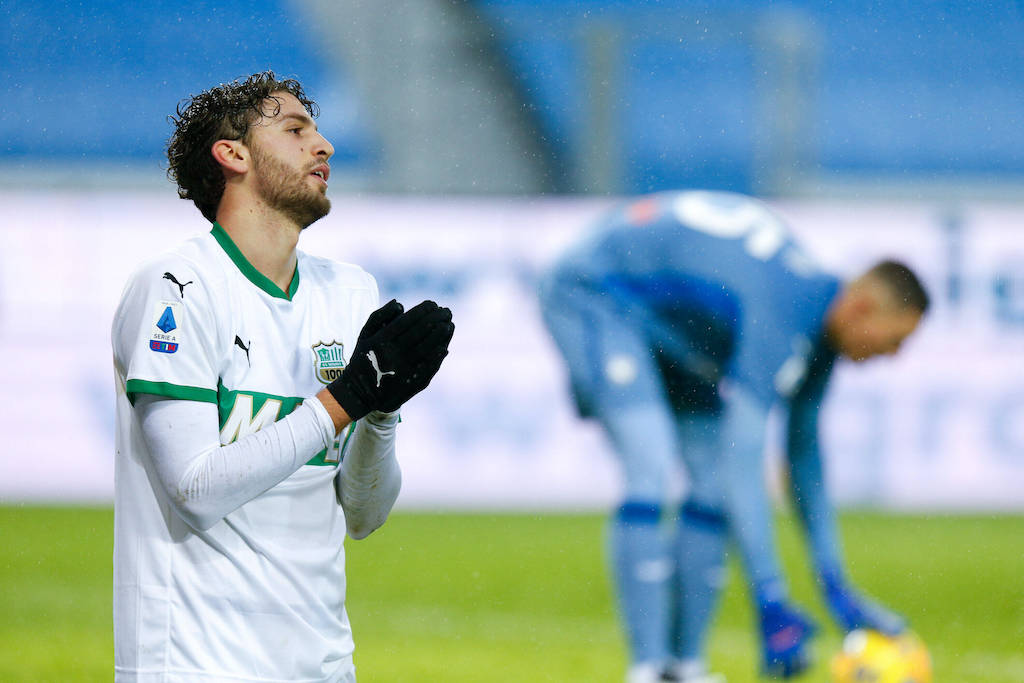 The agent of Sassuolo midfielder Manuel Locatelli appears to have ruled out the possibility of a return to Milan, claiming his client would ‘prefer a different experience’.

Locatelli joined Milan from Atalanta’s academy system in 2009 as an 11-year-old, and spent nine years at the club prior to leaving in summer 2018 after scoring a couple of memorable goals including a winner against Juventus at San Siro.

Some fans believe that the management gave up on him too quickly, and since moving to the Sassuolo he has established himself as a key member of the starting XI, particularly under current boss De Zerbi.

He left San Siro to join the Neroverdi on a paid loan deal with the chance to purchase the Primavera product outright, an option they ended up exercising.

His agent Stefano Castelnuovo spoke to Tuttosport about his client’s plans for the future, hinting that a move to Juventus could well be on the cards.

“Sassuolo immediately believed in Manuel, it was what was needed after the early closure of his experience at Milan,” he said (via MilanLive).

“A return? He will always be grateful to the club, but I think Manuel prefers a different experience, Italy or abroad makes no difference.

“It would not surprise me if Manuel arrived at Juventus with a delay of one season. There was a negotiation last year but it didn’t go through. Everything is still open with Juve, maybe it will be better next summer.”