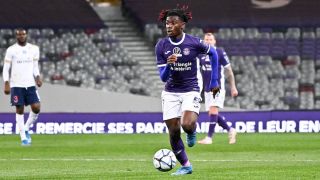 The agent of midfielder Kouadio Kone has revealed why his client chose to move to Germany rather than joining AC Milan in January.

We reported early in January how Milan have an advantage over other sides – namely Borussia Monchengladbach – in terms of the preferences of the player, but that the German club are serious about landing him.

Fabrizio Romano then revealed how Mönchengladbach were one step away from signing Kone from Toulouse as they made a €9m bid which was accepted and personal terms were agreed, with Milan only ever offering €5m plus add ons.

According to the information that we had, the player preferred the idea of a move to join Milan but in the end his club have only chosen to accept the higher offer.

Now, Jonathan Maarek – the agent of Kouadio Kone – has spoken to Sky Italia about the pursuit of Milan and why in the end his client chose the Bundesliga.

“First of all Maldini is a football legend. It was difficult to choose for Kone but he opted for Germany because at the moment it is considered an important step to grow better and play more,” he said (via MilanNews).