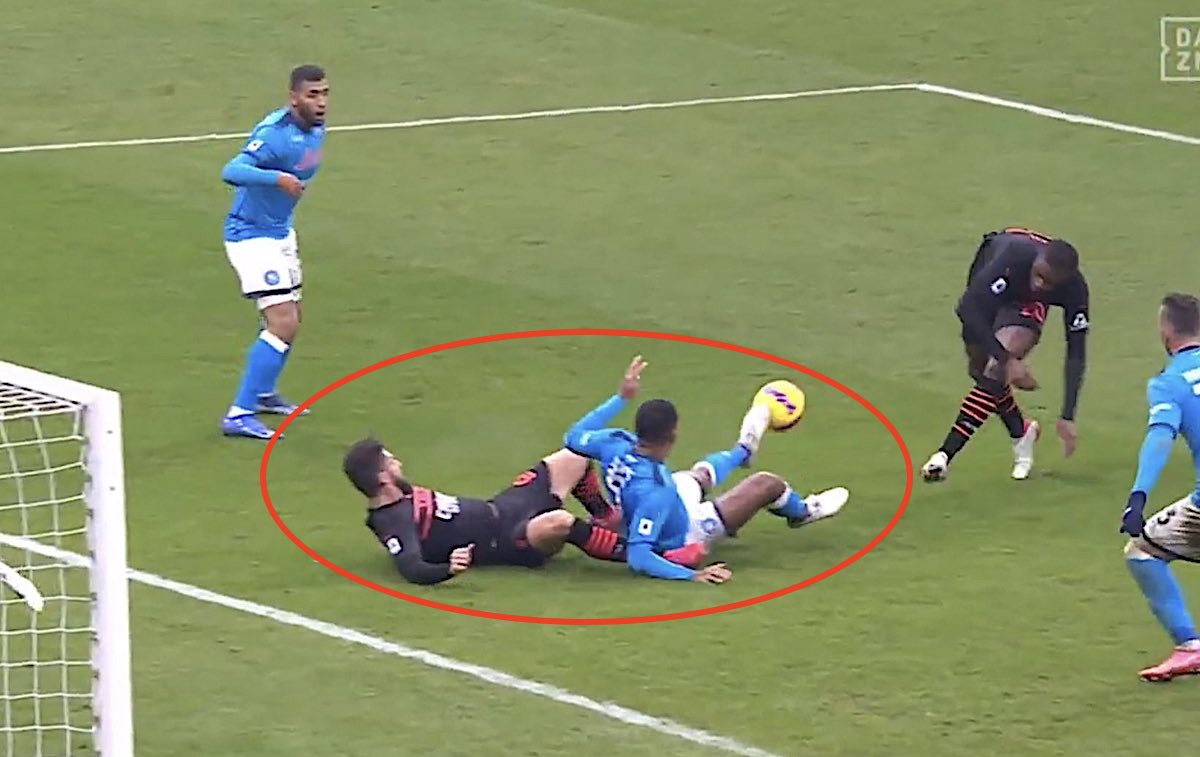 The debate and the anger continues to rumble on after AC Milan’s defeat against Napoli last night about the incident at the end of the game where Franck Kessie’s goal was called off.

Referee Massa was called over by the VAR chief for the On Field Review, and he decided that the Rossoneri’s goal should be chalked off due to the offside position of Olivier Giroud. According to MilanNews, the AIA (Italian Referee’s Association) have tried to clarify the decision by stating that when there is physical contact between a player in an offside position and a defender, the attacker is considered to be in an illegal position, regardless of any clear intention to interfere with the opponent and the game.

The contact between Giroud and Juan Jesus – with the addition of the movement of the Frenchman’s legs – is enough for the AIA to believe that Massa got the call right and they are sticking by their man.

However, the report goes on to highlight the great inconsistency. According to the rules, an attacker’s offside position is therefore considered active if he or she:

➤ Is interfering with play by playing or touching the ball passed or touched by a team-mate.

In this case Giroud moves his left leg precisely to avoid direct contact with Juan Jesus, who manages to intervene without problems. Furthermore, the French striker finds himself in that position after a challenge with Juan Jesus and cannot move.

If he had tried to play the ball or impeded the former Roma defender the decision would have been right, but we are all left scratching our heads.