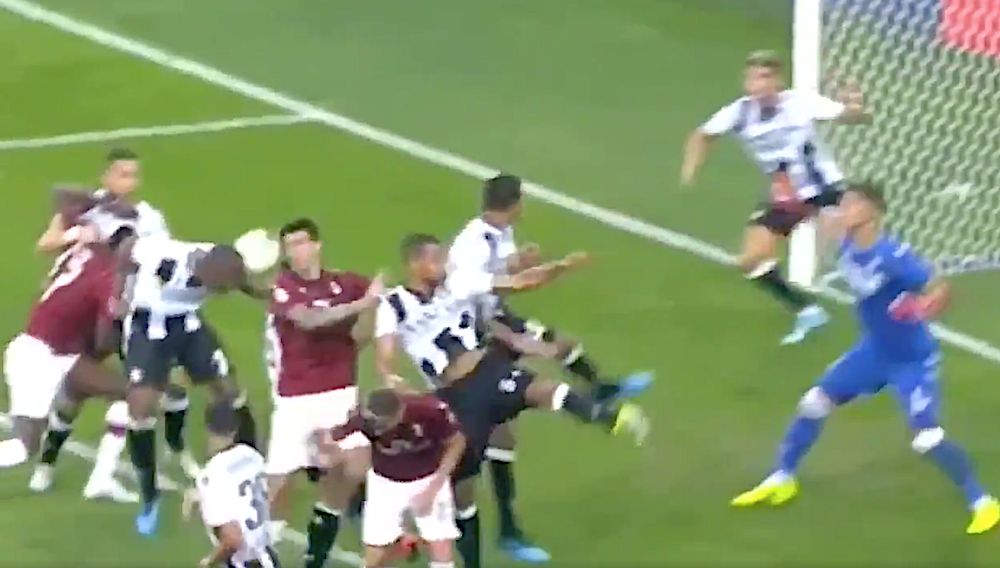 The president of the AIA (Italian Association of Referees) has revealed why a penalty was not awarded during Milan’s defeat at Udinese.

The Rossoneri put in a dismal performance to open the season at the Stadio Friuli, failing to register even a single shot on target.

They lost 1-0 as debutant Rodrigo Becao rose tallest at the near post to head home from a Rodrigo De Paul corner as Milan lost 1-0.

Marco Giampaolo’s side were on the whole incredibly disappointing, to the extent that he told Sky Italia – as cited by MilanNews.it – after the game that he is considering scrapping the 4-3-1-2 already in favour of a 4-3-3 system.

However, it could have been different had Milan been awarded penalty six minutes from time as a corner appeared to strike the arm of Samir.

A corner came in from the right side and was glanced on to Samir, but upon VAR replay the referee Fabrizio Pasqua decided not to award a spot kick.

Nicchi has backed Pasqua for the call he made during the game.

“There is no penalty for Milan,” Marcello Nicchi said on RAI 2’s Domenica Sportiva (via MilanNews.it).

“VAR and the referee Pasqua spoke, the referee asked the VAR if something had happened, VAR had him review the action and Pasqua did not give the penalty, because it touches Samir’s shoulder.”