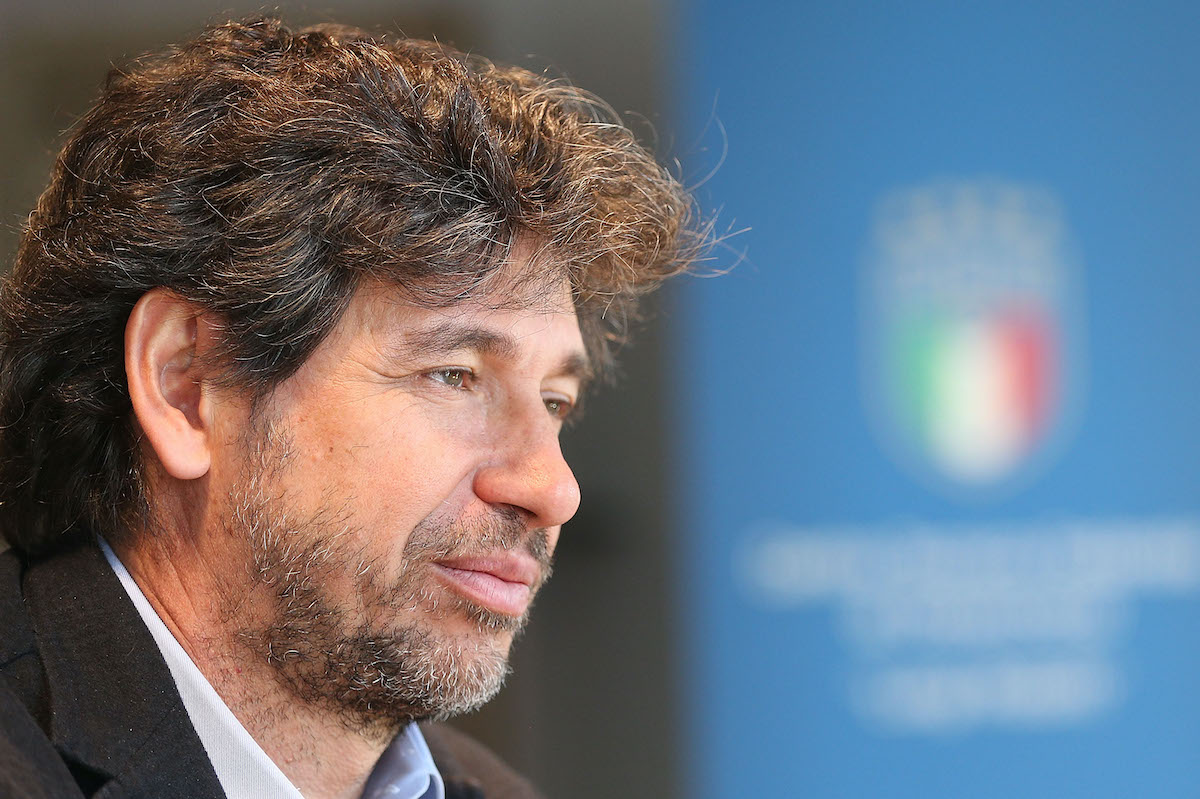 Former AC Milan midfielder Demetrio Albertini has spoken about a number of the transfer rumours surrounding the Rossoneri as we enter the January transfer window.

Albertini spoke to La Gazzetta dello Sport about the winter transfer market, beginning with a reflection on how he sees the January mercato and the business that clubs can do, with his comments relayed by PianetaMilan.

“I have always considered the January transfer market to be complicated. Because to hit the big shots you have to identify borderline cases like that of Zlatan Ibrahimović two years ago, or outgoing profiles who push to leave immediately,” he said.

“Reinforcements or not, this Milan can win the Scudetto even as it is, because he has created a philosophy which is his strength and which allows him to stay at the top for two seasons.”

Milan are on the hunt for a new centre-back after Simon Kjaer suffered a season-ending knee ligament injury, and Sven Botman continues to be the man constantly reported as being the number one target.

“Right name for the defence? I really think so. He comes from an academy, Ajax, which trains defenders capable of both marking and build-up. Milan have a very international, proactive and organised game: Stefano Pioli needs defenders compatible with this system and Botman is one of them.”

Milan have lost Franck Kessie and Ismaël Bennacer to the African Cup of Nations and there is some panic about who will hold the fort in their absence given Tiemoue Bakayoko’s struggles, but Albertini thinks they will be ok.

“Sandro Tonali has grown a lot and it is a guarantee, but the performance of Tiémoué Bakayoko will have to be evaluated. When you go from one coach to another, he changes a lot. Perhaps, due to technical characteristics, Bakayoko is less suited to Pioli’s philosophy. Having said that, I think the coach should focus on him in the second half: with more confidence and continuity his motivations could grow.

“Signing a midfielder? It’s not easy to bet on the right name. When I went to Barcelona in January 2005, it was a similar situation: they needed a non-starter, a midfielder ready to take the place of the three injured who would have returned in a short time.

“I don’t know. But there are good midfielders who have ended up on the margins of their team. I am thinking of Tanguy Ndombélé of Tottenham. It would be necessary to understand under what conditions he could leave, perhaps on loan. It is risky: if you have to replace Kessié and Bennacer who will return in February, and you hire a footballer looking for space for six months, how do you motivate him?

“Yacine Adli intrigues me very much. If there is room for manoeuvre with Bordeaux, I hope Milan will make it come now. It would be the ideal solution compared to what I said before: he is young, he is already yours, he must mature and learning to make his way in the midst of high-level competition. And he knows how to juggle many positions, with Pioli players so they mesh quickly.”

Milan have been heavily linked with a move for Sanches over the past few weeks and months amid uncertainties about how the midfield might look heading into the 2022-23 season, with Kessie set to depart and doubts about others like Bakayoko.

“He is young but already has a lot of experience between club and national team, an atypical modern director, technically very gifted. He too is suitable for the Pioli model. Replacing Kessié, however, would be hard for anyone,” Albertini said.

On Kessié, he added: “The difficulty is in planning, because on the one hand Milan builds credibility for the future by enhancing their talents, but on the other hand they lose a little bit if they let them go away when they are at the top. Meeting Kessié’s requests would mean ‘exposing oneself’ to the subsequent requests of Theo Hernández and so on. It is necessary to understand when Milan wants to reach the top, including in Europe.”

On possible reinforcements in attack for Milan : “I would focus on the June transfer market, Ibrahimović’s heir must be identified and purchased. I would like a striker like Dušan Vlahović, young and with 20 goals per season.

“We have to treasure AC Milan who kept champions like Jean-Pierre Papin in the stands. Now Milan has to focus on such strong but closed strikers in their club. I think to Divock Origi of Liverpool: in Serie A he would score a lot. And the Scudetti are won thanks to the strikers, a midfielder tells you so…”

READ MORE: Calabria in a battle for a starting spot vs. Roma as Pioli studies a wild card role