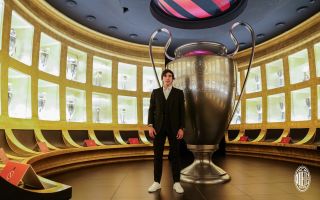 Sandro Tonali is now officially an AC Milan player, with the club announcing his transfer from Brescia yesterday evening on their website. The 20-year-old joins the Rossoneri on an initial loan deal for 10 million euros with an option to buy for 15 million and additional bonuses worth another 10 million.

Important things are expected from the young Italian midfielder, with many statistics indicating the importance of the transfer for the club. We present you all the stats that show just how good Tonali’s signing could be for Milan thanks to @Futball_Karim on Twitter: