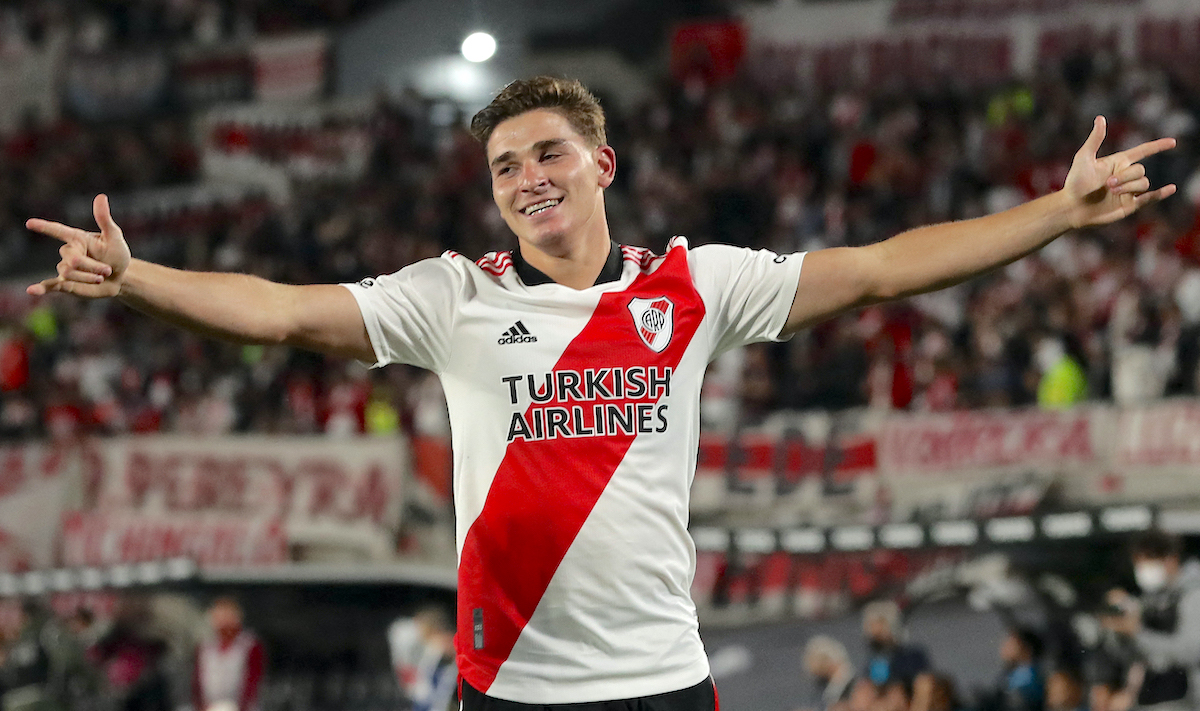 The race to land Julian Alvarez has taken a new turn as Manchester United now appear to be leading the charge to sign him, a report claims.

With 26 goals and 17 assists for the 21-year-old River Plate striker in 2021, it is no surprise that there are a number of clubs interested in signing Alvarez. Calciomercato.com reports that Inter, Juventus and Milan are following him and have asked for information, while Bayern Munich presented an offer too.

The report cites the Argentine source TyC Sports in claiming that Manchester United have contacted Alvarez’s agent Fernando Hidalgo to set up a meeting for January and to let him know they are strongly interested in signing him.

United seem willing to meet the €20m release clause in his contract which puts them ahead of the competition to sign him at the moment, meaning the three Italian clubs and Bayern need to accelerate if they want to stay in the running.