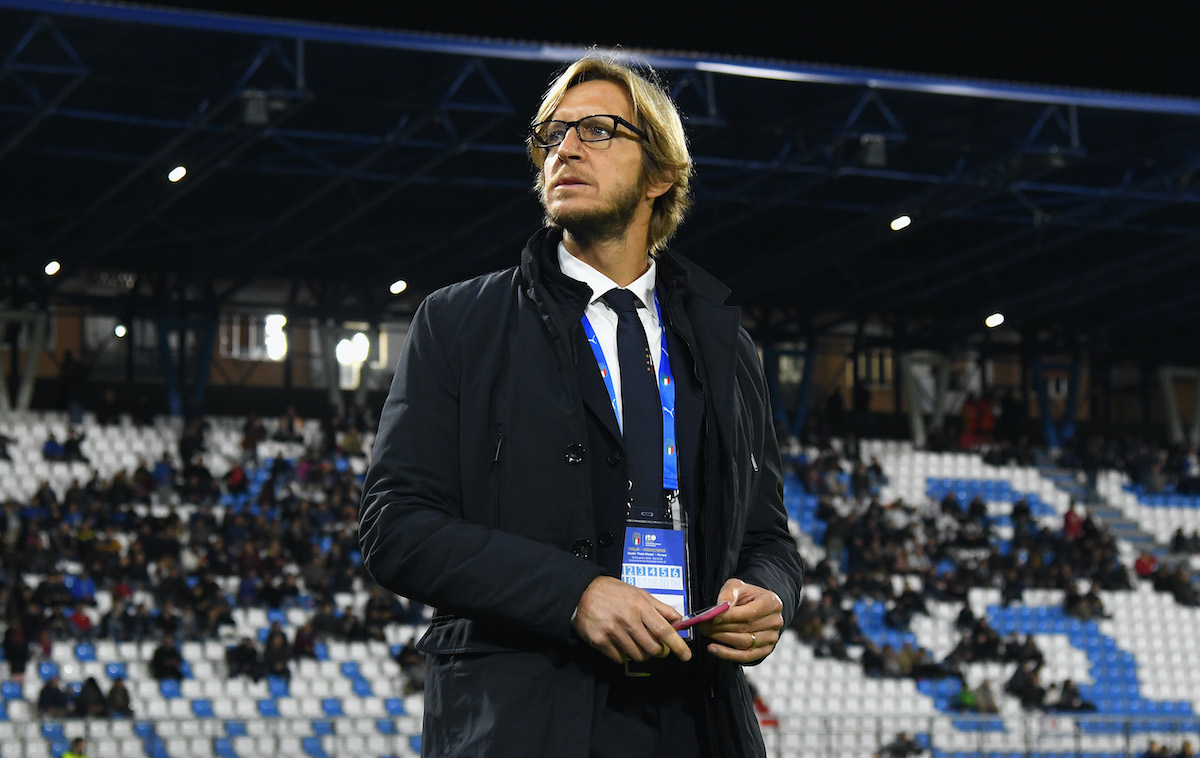 Former AC Milan midfielder Massimo Ambrosini has given his thoughts on a number of different topics relating to the current squad, including a reflection on 2021 and a look ahead to 2022.

Ambrosini gave his thoughts during a long interview with La Gazzetta dello Sport to mark the end of the year – with his comments relayed by PianetaMilan – and he began by looking back on another 12 months of development under head coach Stefano Pioli.

“I would say the year of awareness, a team that has consolidated its certainties over the months. Despite a few moments of physiological difficulty, the group clung to those certainties. Just think about the way: the last season was closed in an extraordinary way, after a decline which was followed by the recovery,” he said.

“Also this year there were downturns, yet in the Champions League the miracle was missed and in the season the tough moment was overcome with the victory of Empoli. It is a team that has come out of problems by anchoring itself to its own certainties. A clear signal that this is a work built on solid foundations.”

Ambrosini also discussed what he has liked most about the current Milan side, and what concerns him the most too.

“I really liked the feeling of unity from all points of view. A union between the coach, the club, the team and the fans. It was a constant that characterised 2021, the feeling that all the components worked together.

“The less beautiful part obviously concerns injuries, but I know staff and doctors well and pointing the finger is not always the case. In what happened there is a part of chance and another that calls into question the numerous close games.”

Some are tipping Milan to mount a challenge for the Scudetto until the end of the season and Ambrosini believes that the Rossoneri will indeed be competitive until the end.

“Absolutely yes. Moreover, we are talking about a situation of general equilibrium, we must not get confused by a game or two that are less satisfactory. However, there is still a step to be taken between being competitive and winning.”

Ambrosini also spoke about the depth that is available to Pioli and also on the area that they have most suffered difficulties so far in the current campaign.

“Well, the absence of Simon Kjær is something that needs to be reflected on obviously. I don’t see any particular needs, if you have Zlatan Ibrahimović and Olivier Giroud at your disposal, you’re good to go. This is not a team built to play with two strikers.

“An important balance in the offensive phase will be Junior Messias. In midfield it goes without saying that Tiémoué Bakayoko will have to raise his performance. On the right Alessandro Florenzi is recovering, I don’t see any particular critical issues.

“If Franck Kessié will still be used in the attack, then there will be a need for other fresh forces in the midfield. And then in the last period a bit of clarity and unpredictability has been lost. Pioli’s masterpiece had been the management in that area of ​​the pitch: variety of play, ability to adapt to the opponent while maintaining quality and always playing with his head held high. Nice stuff to look at.

“I hear a great deal about Yacine Adli, who has already been bought, but it intrigues me to think that we can continue to work on the certainties already acquired.”

Ambrosini then picked a top and a flop for Milan in 2021.

“Ibrahimović has determined the growth of all the others, impossible not to mention him. And also Kjær, for all that he silently contributed to. On the flop I pass: if we analyse the arc of the solar year, I would say that it is not there.”

On Elliott Management, the owners of Milan: “Transitional properties in the world of football usually do not do much good, but this one, unlike others, has left the managers the freedom to operate in the best way, also guaranteeing a certain economic availability.

“Milan, however it goes on a temporal level, will come out well. A whole different story compared to the Chinese disaster. Therefore, I do not see an urgent need to change quickly. Leaving San Siro? I would define it as a necessary evil, which causes pain and sadness. But if the goal is the financial sustainability of the club, even I will stop crying.

On Paolo Maldini, Milan technical director: “He had the strength to question himself and learn a new profession. He had to meet his personality and compromise with himself. The intelligent person is the one who has the ability to relate to everyone, it is not a simple world. The relationships that Paolo has with the owners seem valid to me, however, he optimises his work by identifying and taking the right objectives.”

On Sandro Tonali, Milan’s midfield leader so far this season: “This year it almost seems like his brother is playing. The very good one. A growth as impetuous as it is sudden. We knew that he was good at playing, it was more complicated to bet on the leap in quality and personality. He can still improve in the attacking phase: he has a few more goals in his legs.”

On the most successful signing Milan had made: “Alexis Saelemaekers in terms of cost-performance ratio. Something incredible.”

On the idea of renewing Ibra for one more season: “His presence is a guarantee for everyone, I’ve never seen him so fiercely determined in wanting to score. As a manager I would find it hard not to welcome a personality like yours again.”

Finally, Ambrosini looked ahead to 2022 and whose year it will be.

“Rafael Leão and Brahim Díaz from the first part of the season. In short, the pre-Covid Brahim. A lot of the future of Milan will depend on them because they are the ones who have the most important growth margin. They are the one step we were talking about before that Milan is still missing to win and not just to get to the end.”