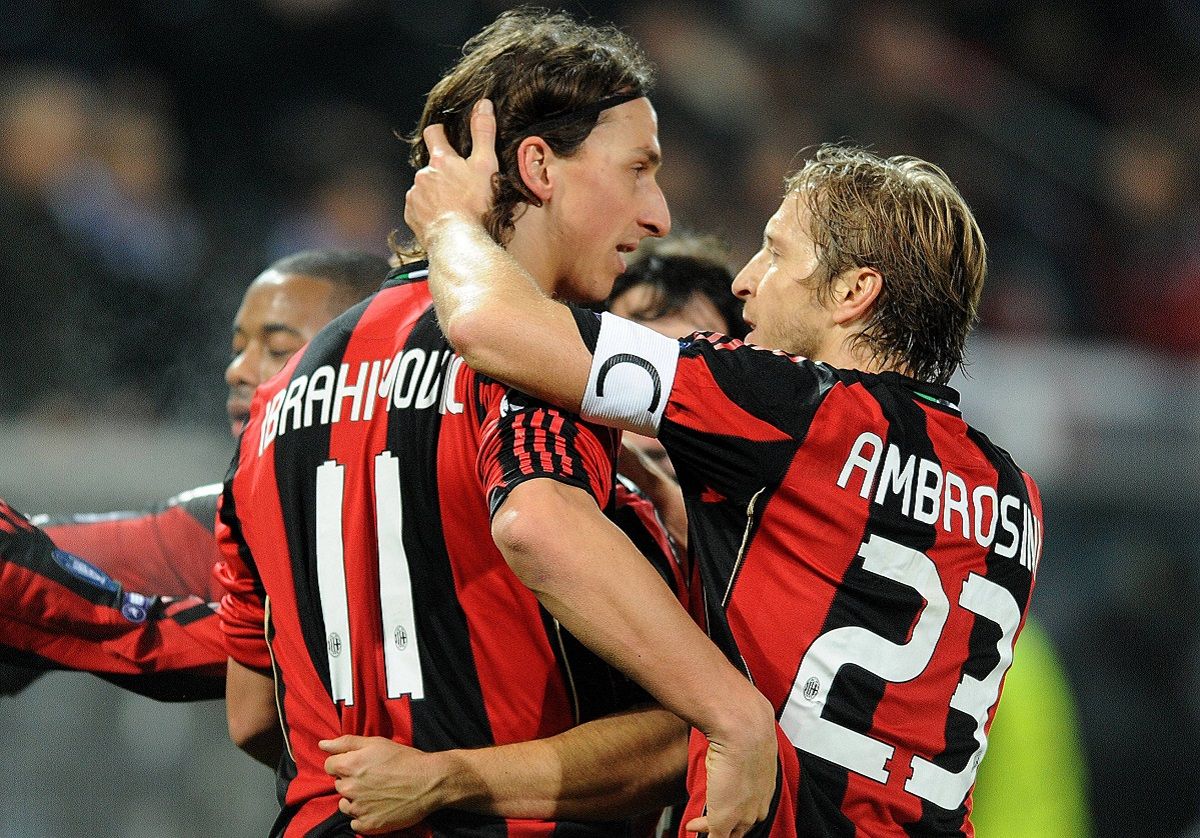 Ambrosini reveals excitement when Ibrahimovic joined Milan: “The club kept us in the dark”

Zlatan Ibrahimovic, despite the injury struggles this season, has been a very important player for Milan ever since his return in January of last year. A big factor behind the recent success, many would say.

The Swede has been a fan favourite ever since his first spell at the club, when he won the Scudetto in his first season with the Rossoneri. Although he eventually left for PSG, he has always made it known that it was Milan’s decision.

Speaking on Carlo Pellegatti’s Youtube channel, as cited by MilanNews, Milan legend Massimo Ambrosini spoke about the summer of 2010. That was when the Rossoneri announced the signing of Ibrahimovic from Barcelona.

“The club kept us in the dark about the Ibrahimovic signing. When the news arose, I remember that I was with a teammate at Milanello. We met Allegri and asked him: ‘Mister is it true?’ He answered ‘yes’ by saying that they were about to sign both him and Robinho. There the excitement and joy immediately grew,” he stated.

Ibrahimovic is expected to miss the rest of the season but it will be interesting to see how he will get on next term. His body might have thrown him some hurdles, but mentally he seems to be in his prime.