Ignazio Abate, the former AC Milan right-back, took over the club’s Primavera side ahead of this season and while the results have been mixed thus far, there is a good feeling. Down below, we analyse the Primavera’s tactics.

Prior to taking over the Primavera, Abate was in charge of the U16 team and given the struggles of the Primavera last season, Milan decided to change the direction. The 36-year-old, as such, was promoted by the management.

So, what is Abate’s tactical approach for the Primavera team? Unlike Stefano Pioli, Abate uses a 4-3-3 formation with 2 outright mezz’alas and two wingers with a regista. The analysis below is based on two games.

Dictated by injuries, Milan’s lineups were different. Of course, there were slight variations with personnel changes and their strengths and the opposition, but a lot of the principles remained the same.

The Primavera off the ball 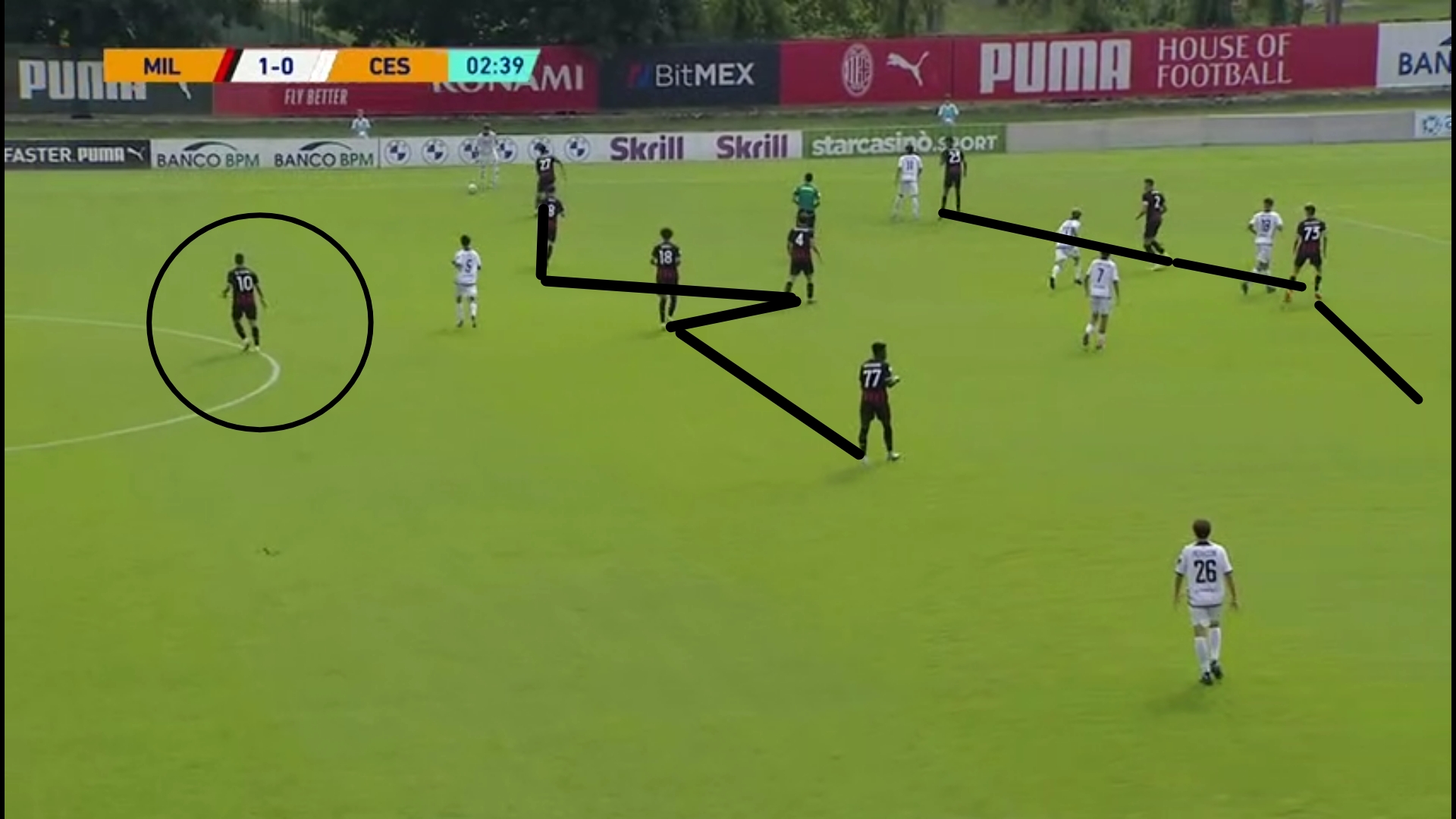 Milan don’t always attack with their full-backs but when Simic was unavailable, and Coubis played as the RCB, Abate allowed the right-back Bakoune to venture forward. This was possible because of how good Coubis is in 1v1s. 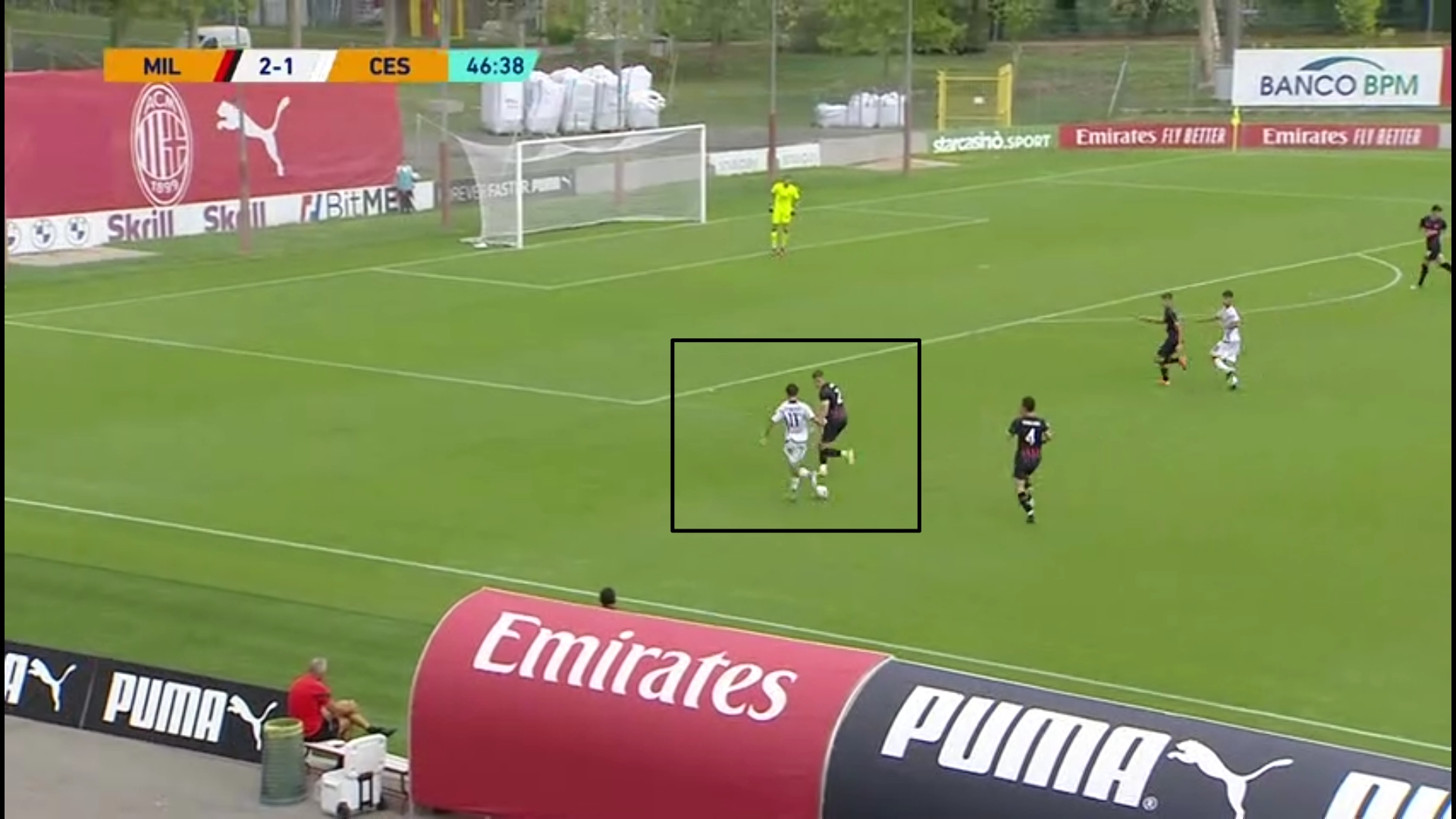 Milan pressed with two up front and two behind with a man-oriented pressing high up the pitch, and this was further facilitated by Milan’s very high line in the defence. 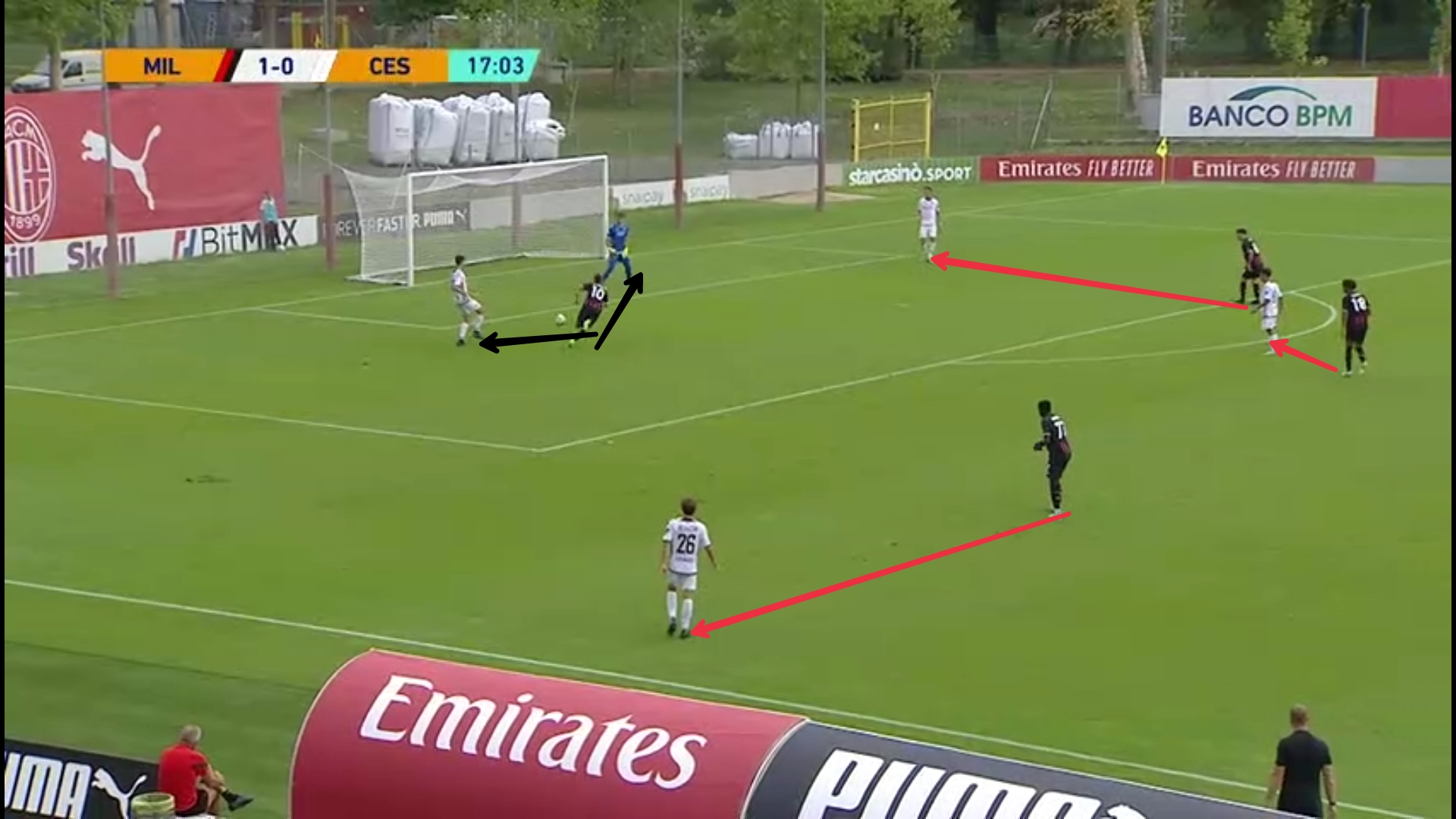 While covering vertically Milan, covered horizontally and squeezed up the pitch with the full-backs staying narrow, hence reducing the playing area of the pitch and shifting to more of a zonal marking in the middle third of the pitch. 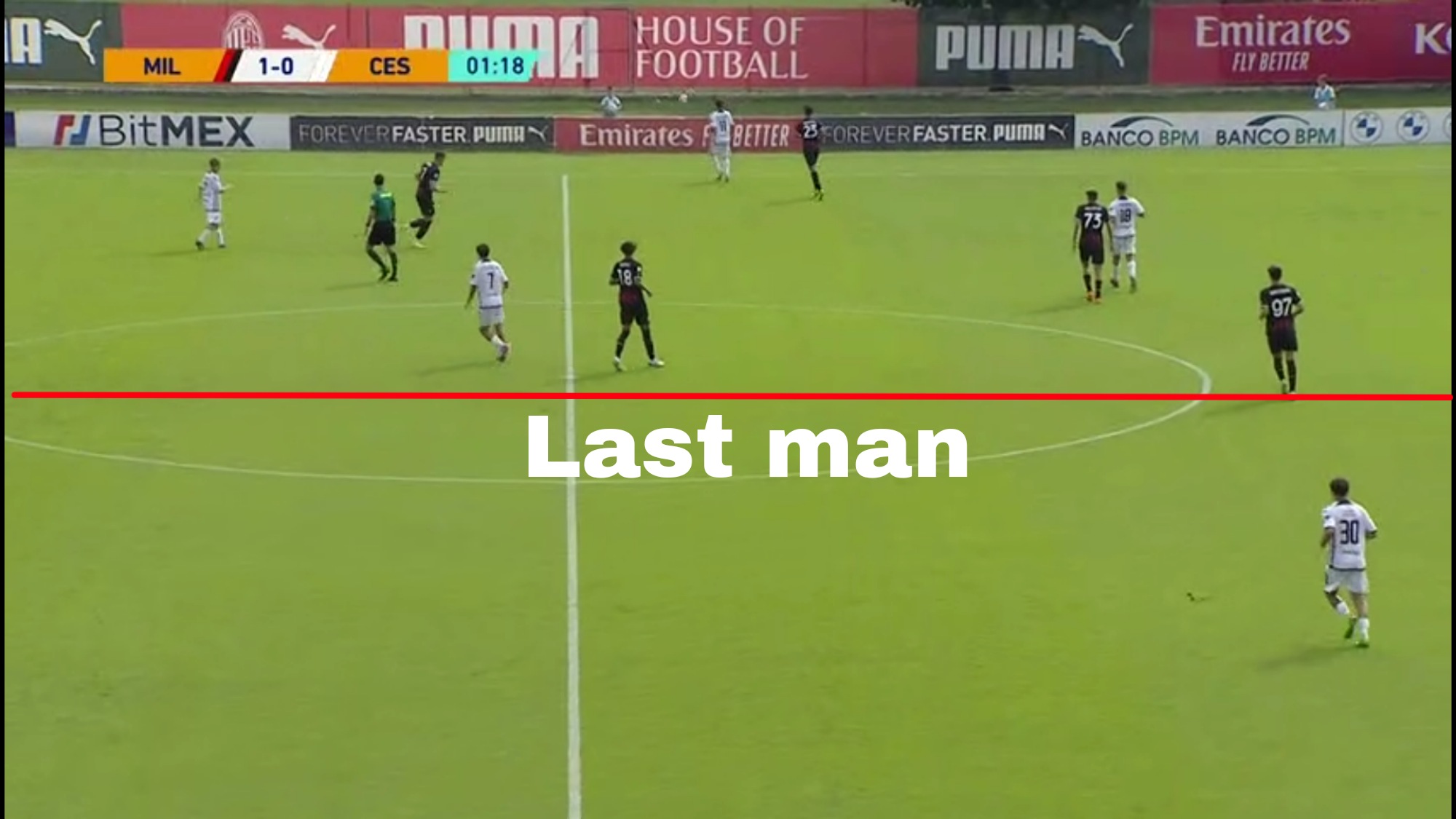 The Primavera in possession

Depending on who plays, Milan’s tactics can vary. In one particular match, the striker was El Hilali. Hilali played a false-9 role, something similar to what Firminho/Jota plays at Liverpool. He would drop off from his position high up the pitch and into midfield, acting as a No.10 linking up play, drawing defenders out and making space for runs from the midfield or the wings. 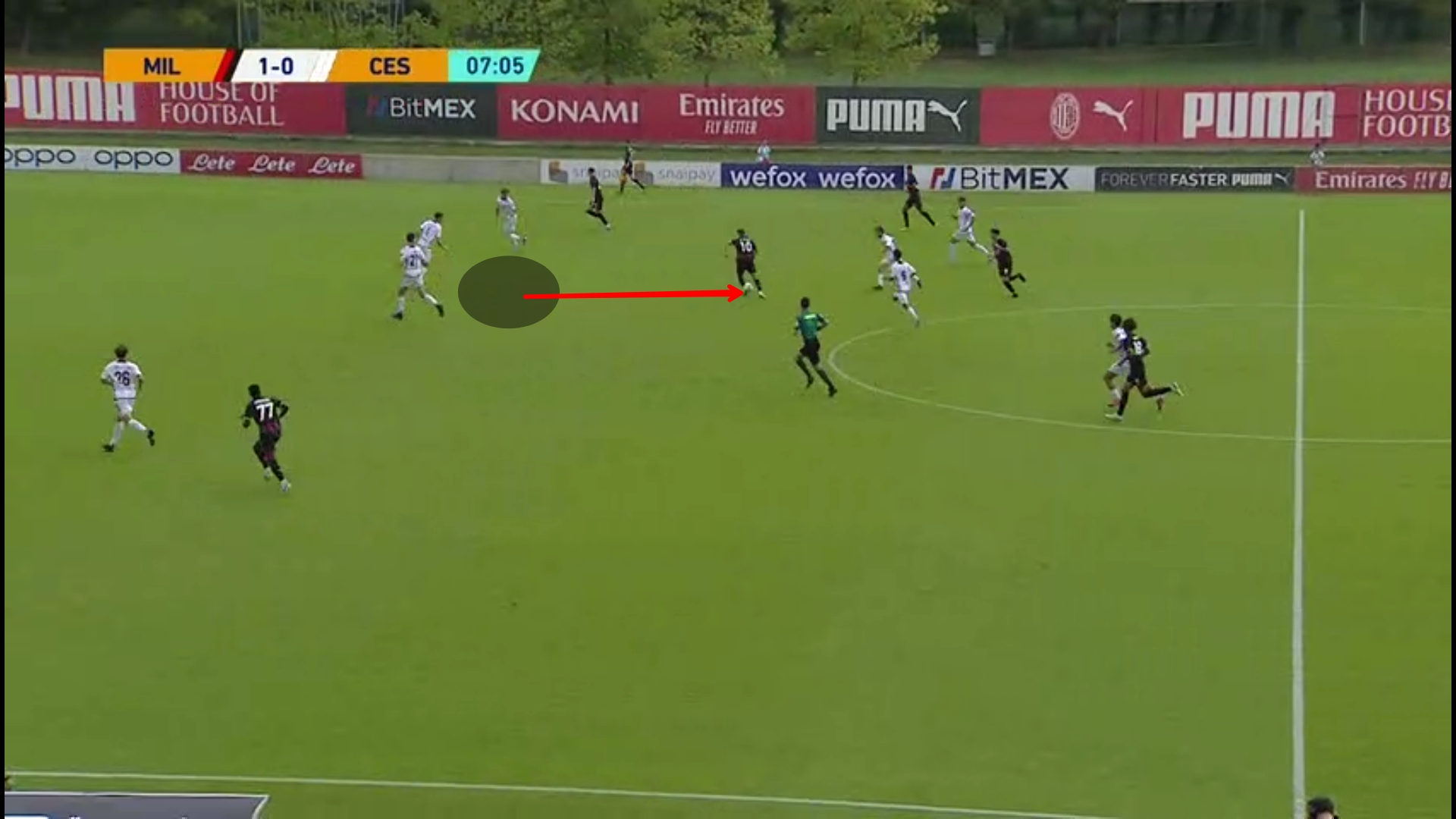 If the striker was Lazetic, he would act more like a traditional centre-forward and hold up the ball and act as an aerial threat, whereas Zeroli would be pushed up to play as the No.10 in that scenario. 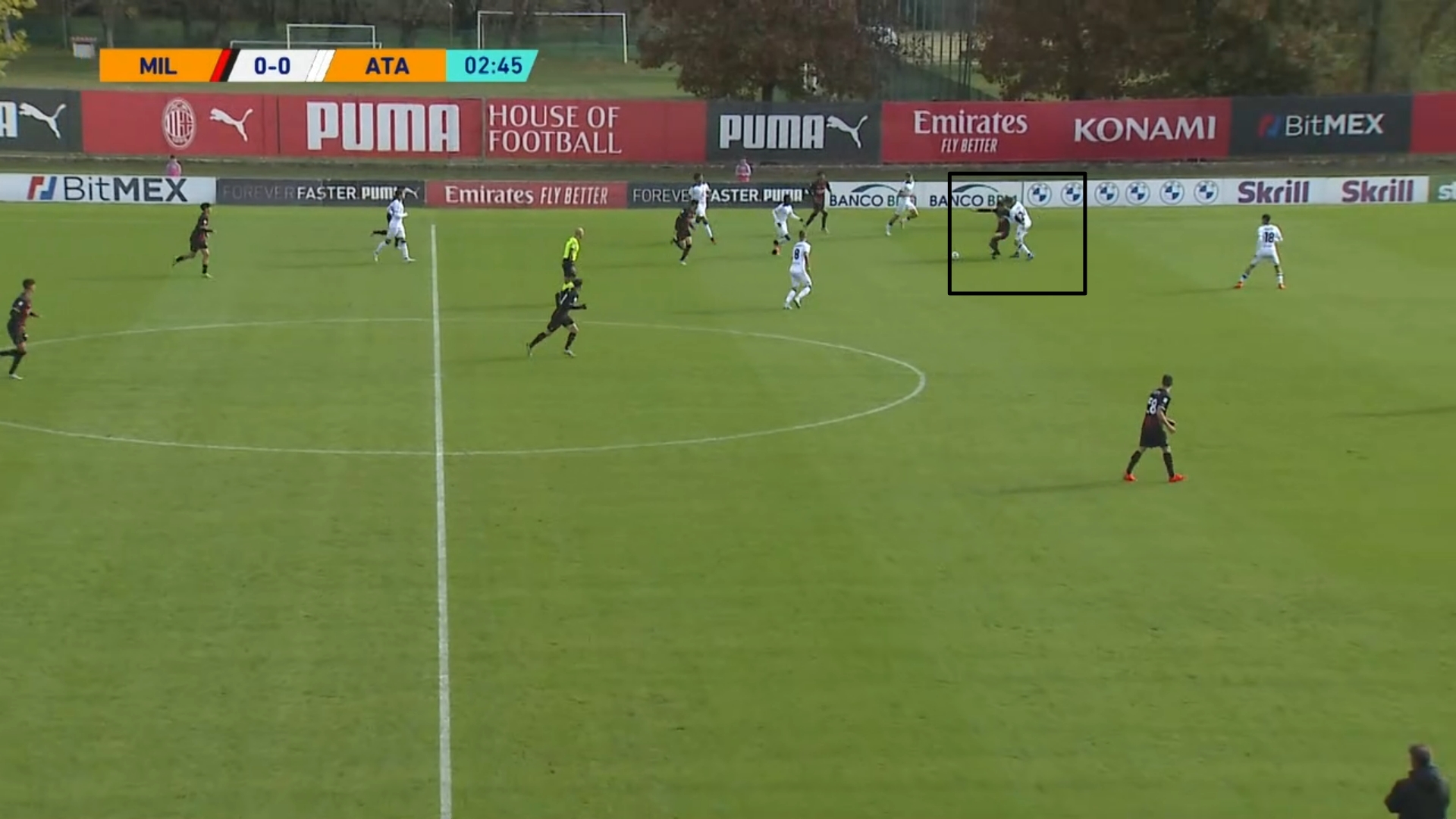 Like the senior team, the Primavera build up their play using the 2+1 build pattern, with the centre-backs splitting wide and the regista forming a triangle and helping the full-backs push up. 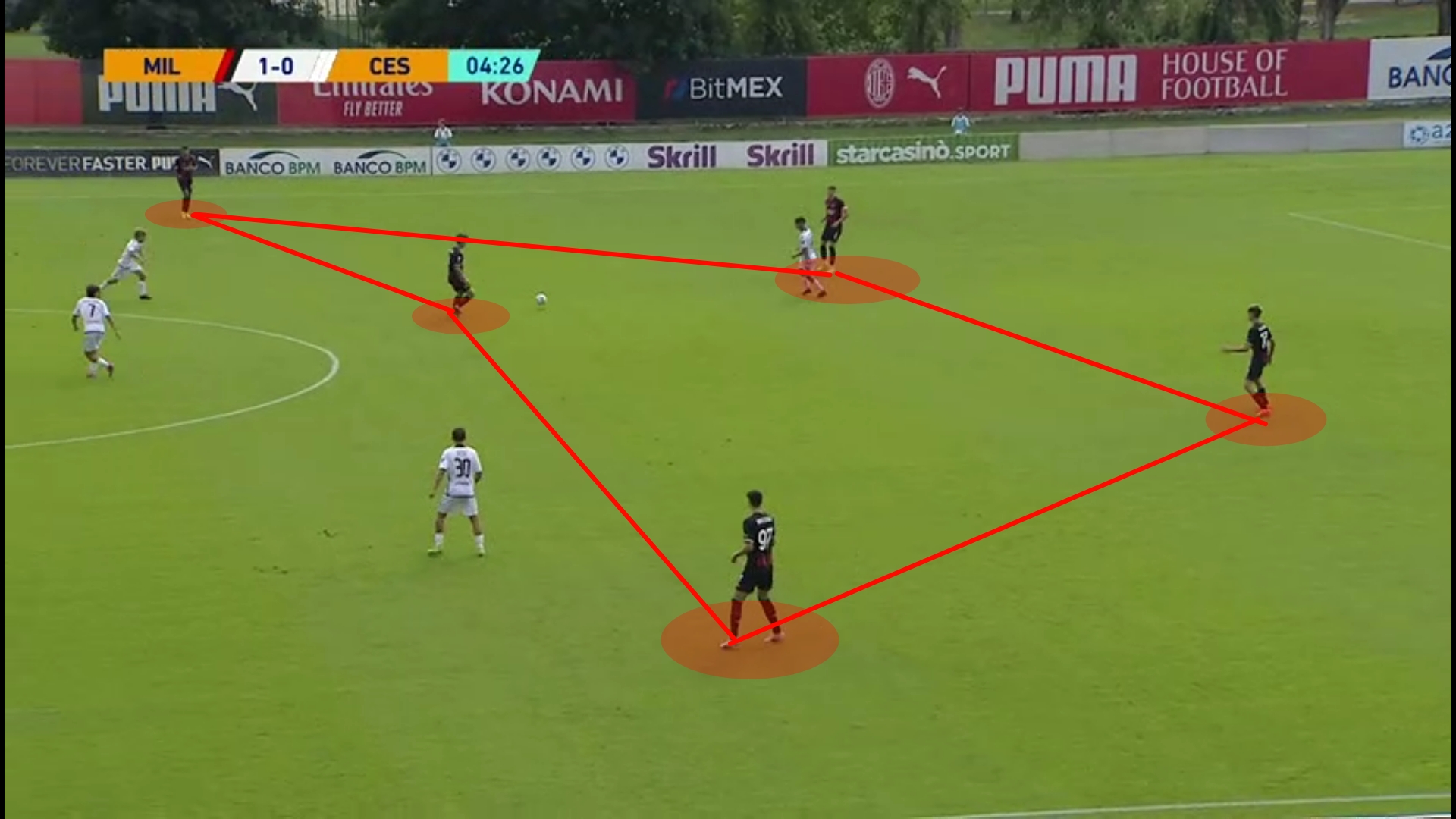 Often Omoregbe, or whoever plays as the left-winger, stays wide and spreads the play helping to create space in the half-space which is occupied by Zeroli or Bartesaghi/Bozzolan (left-back) who makes underlapping runs. 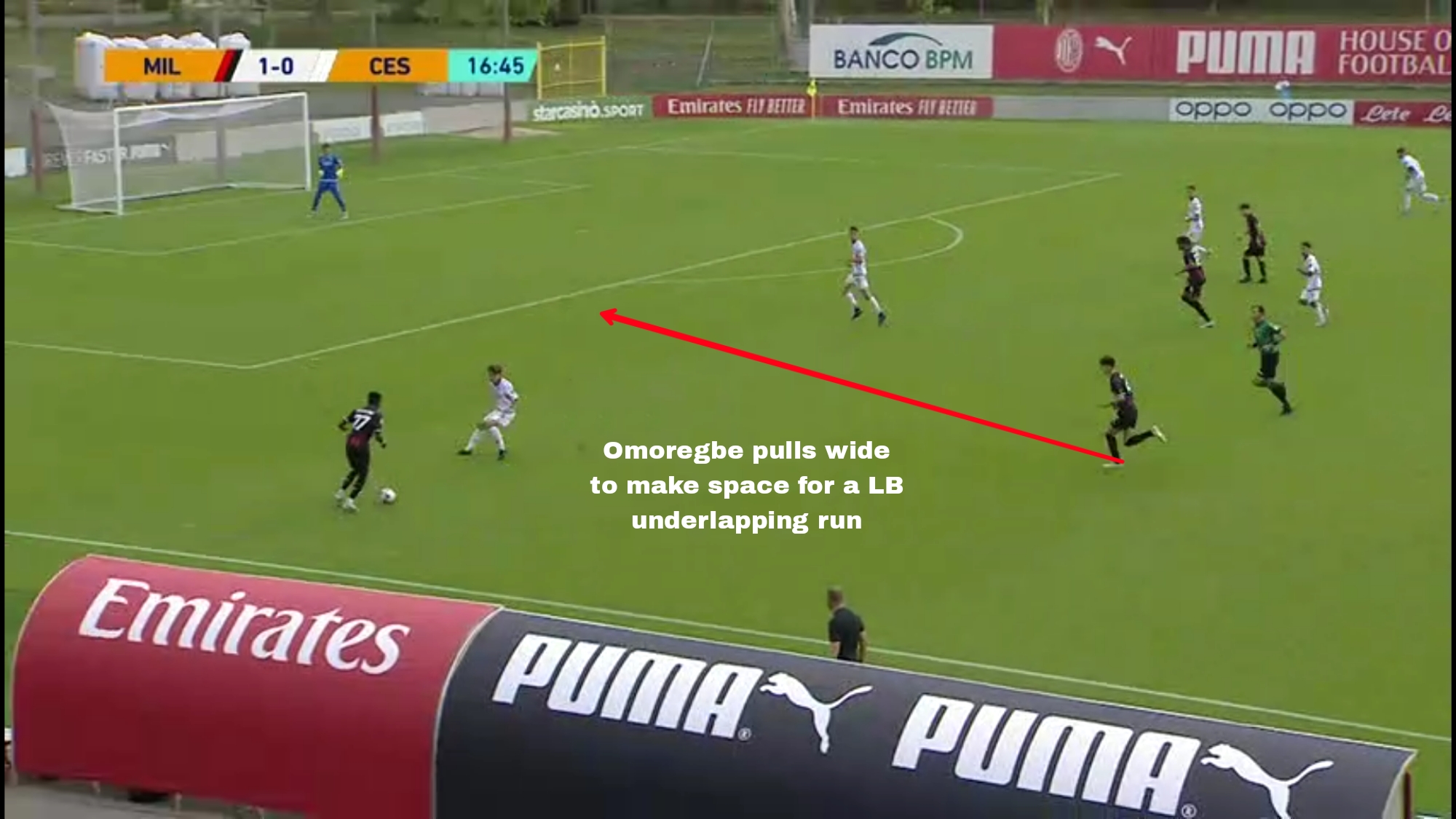 Gala and Zeroli often space themselves between the lines and Marshage, who plays as the regista, is brilliant at directing the play. The same role is also performed by Pluvio. 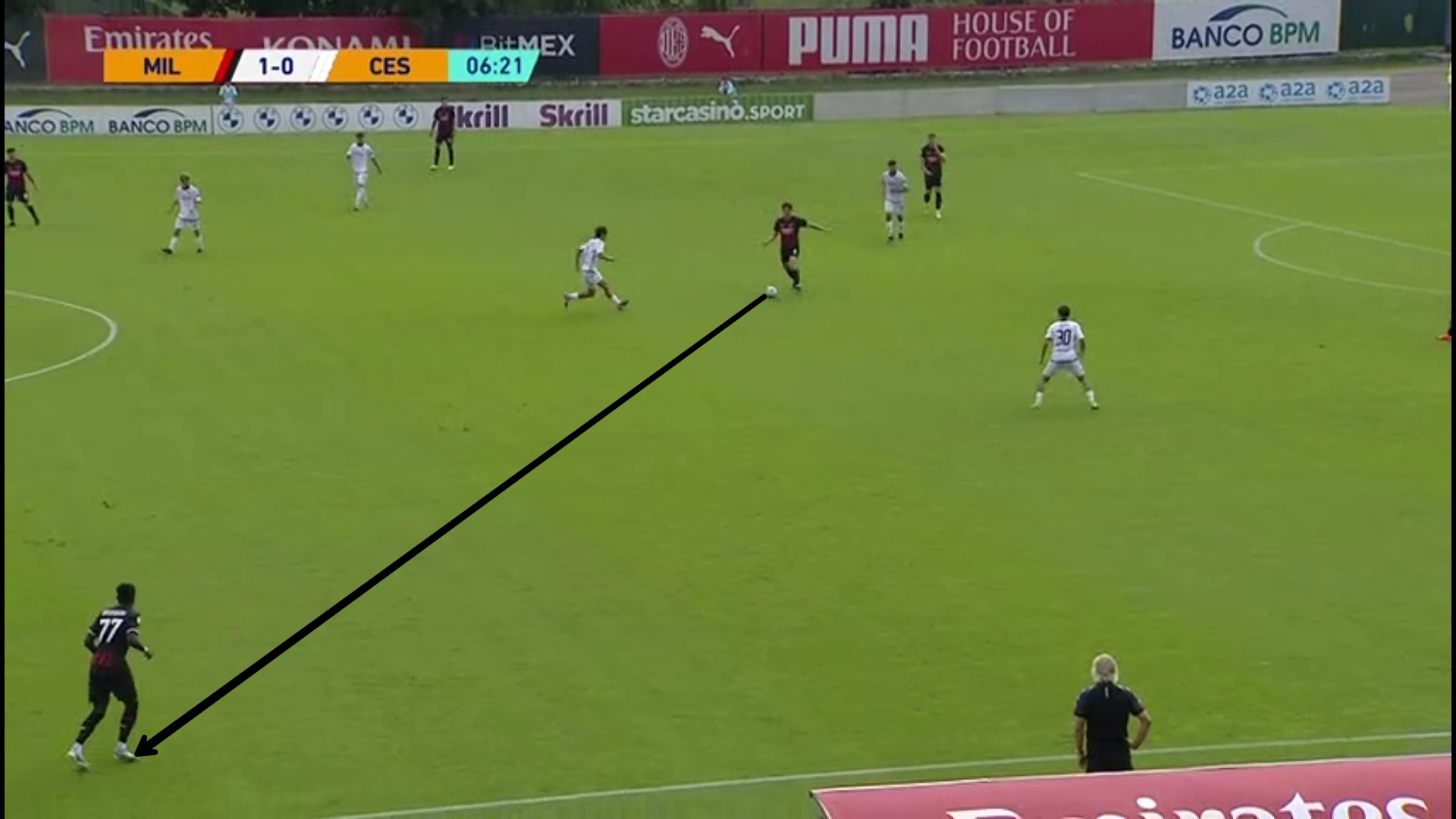 Similarities with the first team

One of the core principles of successful academies like Ajax, Benfica, and Salzburg has been the fact that the principles used are similar to the first team. One of the similarities is the man-oriented pressing used by Pioli and Abate, as we have seen above. You could also see Milan’s build-up patterns being similar to the Primavera ones, with Marshage playing the regista role like Bennacer.

Of course, some differences exist, one of them mainly being the use of full-backs. Pioli has designed his system in a way it fully exploits the qualities of Theo Hernandez, who is one of the best left-backs in the world. Also, Milan don’t have a ball-playing striker.