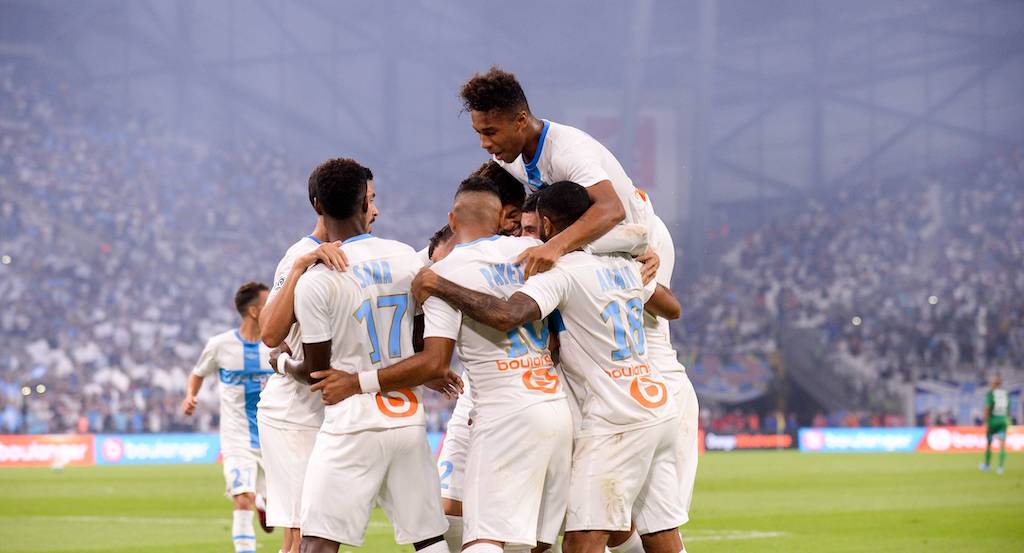 Analysing Milan’s reported ‘4K’ mission in France – are any of the four players worth signing?

Recently, a report from French outlet L’Equipe claimed that AC Milan have turned their attentions to Ligue 1 in search of defensive reinforcements.

The rearguard is an area that Milan are expected to pay close attention to this summer in terms of their recruitment, with doubts over the futures of the likes of Simon Kjaer, Mateo Musacchio, Andrea Conti and Davide Calabria.

Lyon right-back Pierre Kalulu, PSG centre-back Tanguy Kouassi, Marseille centre-back Boubacar Kamara and PSG left-back Layvin Kurzawa are the four players mentioned in the report, so we have taken a look at each to see if they would be worthwhile targets.

Kalulu is yet to make an appearance for Lyon’s senior side however his displayers in the UEFA Youth League are beginning to attract the interest of top clubs, including Bayern Munich.

He is yet to sign a professional contract with Lyon and his current deal expires in June, meaning Milan could snap the 19-year-old up for a minuscule ‘development fee’.

Kalulu is versatile as he can play centre-back as well as right-back, and the latter is obviously a position the Rossoneri have struggled all season due to the inconsistency of Andrea Conti and Davide Calabria.

Theo Hernandez’s arrival last summer proves the current scouting set-up have an eye for a good young full-back, and the small fee that would be required (around €500k) makes this a no-brainer. Both Calabria and Conti could leave in favour of a more solid option on the right side, and Kalulu could provide excellent depth.

Milan’s search to find a consistent long-term partner for captain Alessio Romagnoli is one which has been well documented, and there is definitely a suggestion that Kamara could be that man.

The 20-year-old is already an U21 international for France and has established himself as a starter for Marseille, making 28 appearances across all competitions this season alone.

His age and potential means that he represents the kind of investment Elliott Management will be looking at, but his playing style as an imposing, physically and aerially competent defender suggests he could be very useful to the next head coach – be that Rangnick or someone else – and would complement Romagnoli well.

The only possible hurdle is his asking price given the other teams that have been linked, but anything at €30m or below would represent a fantastic investment.

Tanguy Kouassi is similar to Kalulu in the sense that his deal expires in June and there is no sign of an imminent renewal. The 17-year-old has made 13 appearances for the senior team this season but it is in the UEFA Youth League where he has been exceptional.

A France U18 international, Kouassi is apparently attracting interest from RB Leipzig and Manchester City, the former of which should come as no surprise given Rangnick’s influence and eye for a player.

At 6ft2 Kouassi is already an imposing figure and is excellent both with the ball at his feet and in the air, and is of a similar mould to Dayot Upamecano – another reported Milan target – in many respects.

Again, there is a reason top clubs are keeping an eye on him and the fact that he could be signed for virtually nothing suggests it is a chance worth taking, though of course it would throw up doubts about the future of Matteo Gabbia and Leo Duarte.

Layvin Kurzawa is the third player on the list with a contract expiring on June 30, and the inconsistent left-back seemingly has no chance of a renewal.

Like Theo Hernandez, Kurzawa is known more for what he does from an attacking point of view rather than his defensive ability, having racked up a combined 34 goals and assists since his arrival at PSG in 2016.

Milan are after a back-up for Theo given that Diego Laxalt looks set to depart and Ricardo Rodriguez could be bought by PSV Eindhoven, but a back up is all that is needed and one on Kurzawa’s salary seems completely unnecessary.

To be brutally honest there are far better and more suitable profiles out there, such as Antonee Robinson of Wigan for example.

In conclusion, the list shows exactly the kind of plan that Elliott Management are looking to carry out: young players on cheap deals, but ones with potential and – in some cases – already proven ability.

Only Kurzawa really deviates from that and it would be naive to assume the club aren’t looking at some slightly more experienced profiles on free transfers.

The defence has a few holes that need plugging, and signing the other three for a combined €30m could be shrude business.