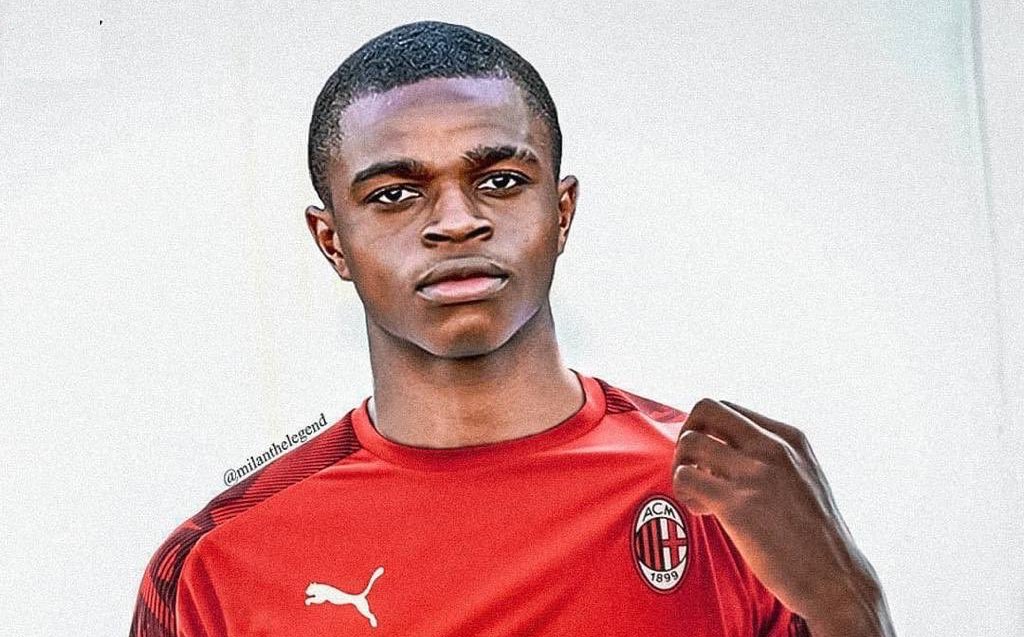 AC Milan have seemingly got their first signing of the summer over the line, with Pierre Kalulu having signed a five-year deal with the club.

He landed in Italy on Tuesday and is underwent his medical examinations on Wednesday before heading to Casa Milan to sign his deal.

Although no official announcement has yet arrived, Rohit Rajeev has taken a look at what we can expect from the latest addition to the youth revolution.

Kalulu has been deployed in both centre-back and right-back by the head coach of Lyon’s youth team. Recently the French side have been using a three-man defence where Kalulu has been positioned as the middle centre-back. Kalulu has the versatility and pace which gives the coach multiple options

The teenager is more of an attack-minded full back who likes to drive forward with the ball. With his explosive pace along with his close control Kalulu has the ability to beat opposition players at will. He does not panic when pressed by opponents and keeps the ball close to his feet and often finds a team-mate with a pass rather than surrendering possession.

Kalulu always prefer to cut inside the opposite final third and find an opponent or swing a cross inside the box to find a team-mate.

Although his distribution and passing isn’t the best he always has the eye to find a team-mate using long balls, much similar to how the former Milan player Leonardo Bonucci distributes play. This helps Lyon to launch quick counter-attacks on opponents as well beat any low blocks when Lyon are in possession.

When defending, Kalulu always uses his intelligent positioning and reads moves off the opponent. Although he is always seen pressing forward with the ball, you can see him track back when the ball is lost and the risk of a counter-attack is present.

He relishes 1v1 duels with opposition wingers or full-backs. With his pace and a huge frame Kalulu makes it difficult for opponents to get by him easily. Being really muscular he does not back away from using his physicality in dispossessing opponents.

In the image below you can see how Kalulu reads his opponents’ play and dashes across using his pace to make an interception.

A player who is yet to get senior football experience under his belt would need some adjustment time to get used to a highly tactical and intense league like Serie A.

While Kalulu has pace and trickery, he often tries to beat too many opponents instead of picking the easy pass or bringing team-mates into the attack.

Kalulu also shows poor spacial awareness at times when darting forward to join attacks and gets beaten on the counter. Against better opponents, he strugg;es to get back and teams may exploit this weakness.

It is no doubt that coaches love players who play in multiple positions. Being a right-back who can play in the centre gives a coach multiple options when deciding upon the formation and style of play.

Modern footballers have increased in speed and that has forced even defenders to up the ante as they have to match the explosive wingers and strikers for pace. Kalulu would bring much more speed and energy to a very slow backline, Theo aside.