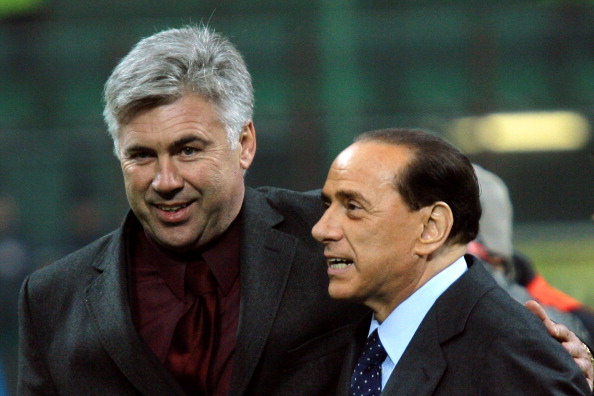 Carlo Ancelotti recently spoke to goal.com. He was asked about the current condition of his former club Milan and what the future held in store for them.

“I do not know. In my opinion it is difficult for Berlusconi to leave the club that he has loved since he was 5 years old when his father accompanied him to the stadium… we know the rest of the history. It is not only a matter of business, but of the family”.

He continued; “Milan remained at the top because Berlusconi invested a lot of money, but now he does not want to invest as before, therefore they must go in a different direction. In 2003, Milan earned €200 million and Real Madrid €180 million; AC Milan was at the top. Now they earn €230 million compared to Real’s €560 million. How can they compete? There was a time when Berlusconi gifted the money, but now he’s not prepared to do this so they must think differently.”

“They are now looking to recruit many young players and to develop them in-house but the club is not prepared for that: In the past when they needed a player, Berlusconi offered the money”.

Written by Steve Mitchell, Via Calciomercato.com