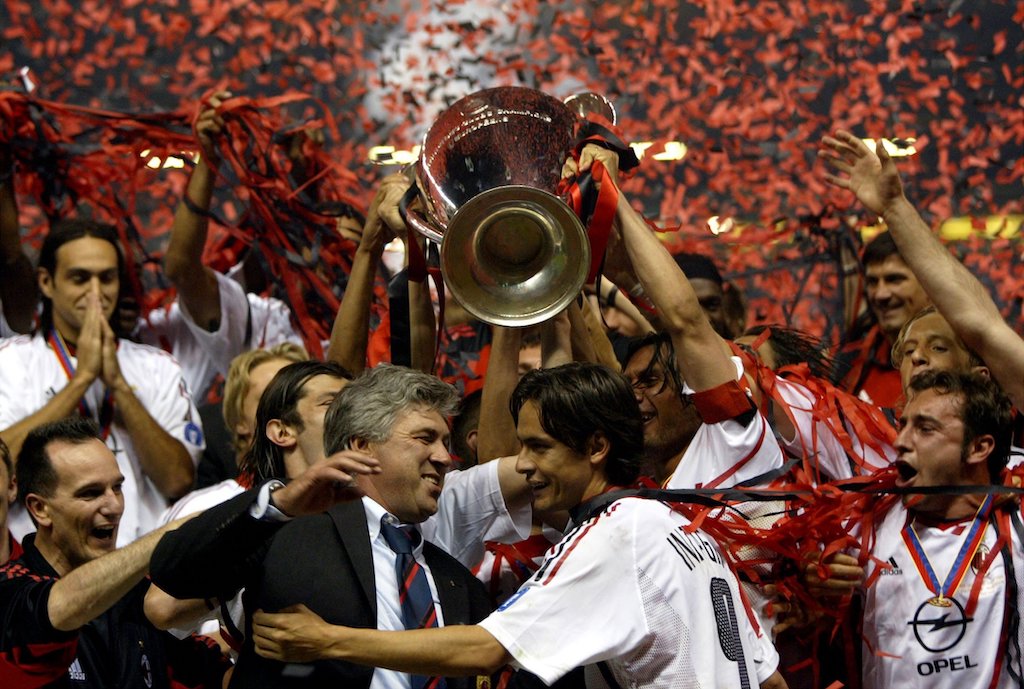 Ancelotti: “My most important trophy? Definitely the 2003 final vs. Juventus”

Carlo Ancelotti has revealed that the most important trophy he has won in his career as a manager was the 2003 Champions League final against Juventus.

For many Milan fans the highlight of all the Champions League glory is still the final over 16 years ago at Old Trafford, when Andriy Shevchenko’s penalty secured glory a sixth European Cup for the Diavolo.

“The first memory I have of the European Cup in my career is in 1984. I got injured, but Roma reached the final,” he told UEFA’s official website.

“Then the triumph of 1989, in the Barcelona final against Steaua Bucharest. I remember everything. The atmosphere before the final, with 90,000 Milan fans.

“Then I remember the difficulties of my second final, against Benfica in Vienna. They are living memories. Playing the Champions League final is the highlight of any footballer’s career.

“The Champions League is the most important competition in the world, the most exciting, also because of the direct elimination.

“The trophy won with Milan in 2003 was my first as a coach, so certainly the most important. I have won two more times, but the first has a special flavour, also because it was a final between two Italian teams, when Italian football was at the highest level.”