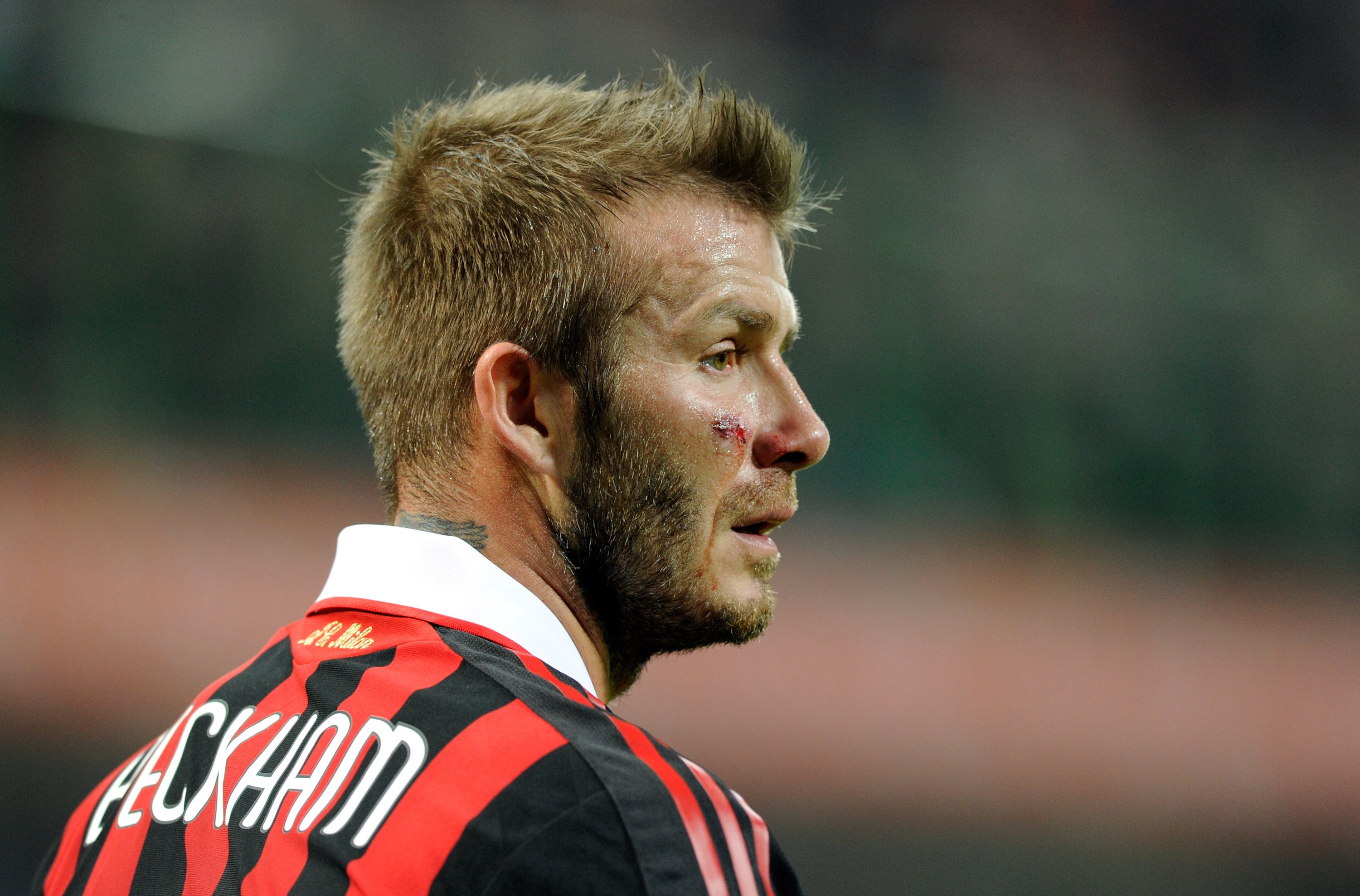 Antonini reveals interesting story of when Beckham got injured at Milan

In the year of 2010, while on loan at AC Milan from LA Galaxy for the second consecutive season, David Beckham suffered a serious injury as he tore his Achilles tendon. Subsequently, he missed the World Cup that year.

That also marked the end of his Rossoneri adventure, returning back to the MLS side in the summer. In an interview with Tuttosport (via MilanNews.it), his former teammate Luca Antonini spoke about the English star.

“If he had a superstar attitude? Absolutely not, on the contrary. He had a crazy humility that I haven’t even seen in some Serie C players. He was a great professional. The first to arrive and the last to leave – Beckham was like that,” he began.

The defender also revealed an interesting story of Beckham’s injury, having watched the game against Chievo from the stands due to an injury. As he described it, the midfielder’s impeccable professionalism was also shown in that tough moment.

“I can still see when he hurt his Achilles tendon. I was injured that day and I saw everything from the stands. I immediately went down to the locker room and I remember the mental strength David dealt the situation with.

“He was in incredible pain, but nevertheless he told the doctors to cut the sock immediately and get on with it without waiting. He clenched his teeth and even overcame that with great professionalism,” he concluded.

Despite the injury setback, Beckham seems to be fond of his time at the San Siro, always talking well of the club. In addition, he made a full recovery and continued to shine in MLS with LA Galaxy, putting the league on the map.

READ MORE: Frankfurt director vague on Andre Silva as Milan have ‘other problems’