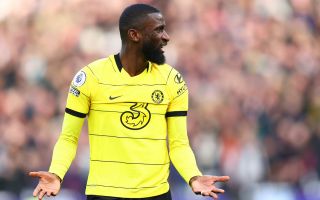 CorSport: Chelsea’s Rudiger emerges as an option in Milan’s centre-back pursuit – the obstacles

The vast majority of the transfer speculations surrounding AC Milan at the moment is related to the centre-back position, and a new target has emerged.

Milan confirmed on their official website last week that Simon Kjaer underwent an operation on his left knee to reconstruct his anterior cruciate ligament and re-insert his medial collateral ligament, meaning he will be out for at least six months as a result and his season is over.

This morning’s edition of il Corriere dello Sport (via MilanLive) confirms that Paolo Maldini and Ricky Massara are on the hunt for a new defender to provide cover and also raise the quality of the department and the new name is that of Antonio Rudiger.

The German has a contract expiring next June and while the Chelsea management want to find an agreement over his extension, the possibility of a return to Italy may be appealing to the 28-year-old, but there is interest from the top European clubs too.