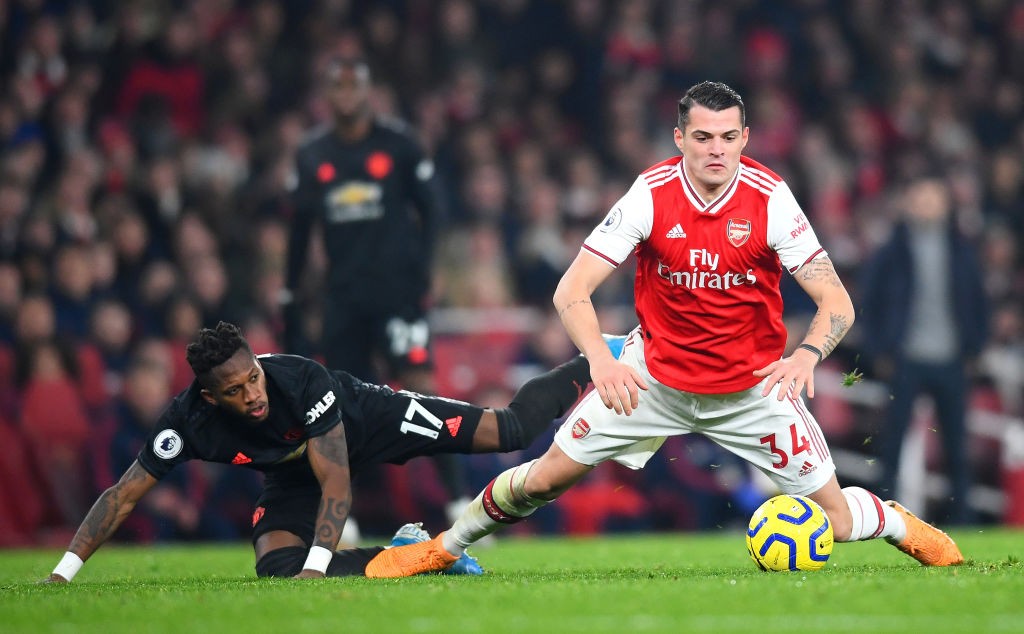 Arsenal manager Mikel Arteta has once again spoken out about the future of midfielder Granit Xhaka amid links with a move to AC Milan and Hertha Berlin.

The Rossoneri have been tipped to move for a midfielder in the next month, and MilanNews.it claimed that the sale of Franck Kessie or Lucas Paqueta could see Milan swoop for Xhaka as a new regista.

Meanwhile, The Independent claimed that Arsenal chiefs have been happy for the Swiss international to leave since he told fans to “f*** off” after being substituted against Crystal Palace back in October.

The English outlet suggested that Xhaka could be set for a return to Germany two years after arriving from Monchengladbach in a deal worth €35m (as per Sky) as the Gunners have agreed a deal in principle with Hertha Berlin; a loan until the end of the season with option to buy set at £25m (€30m).

However, Arteta has not hidden his admiration for the 27-year-old since being named the new Arsenal boss, and he shared his thoughts once again in front of reporters.

“I think he will stay. I really like him and, for the way we play, he can be a fantastic footballer for the Arsenal,” he said (via MilanNews.it).