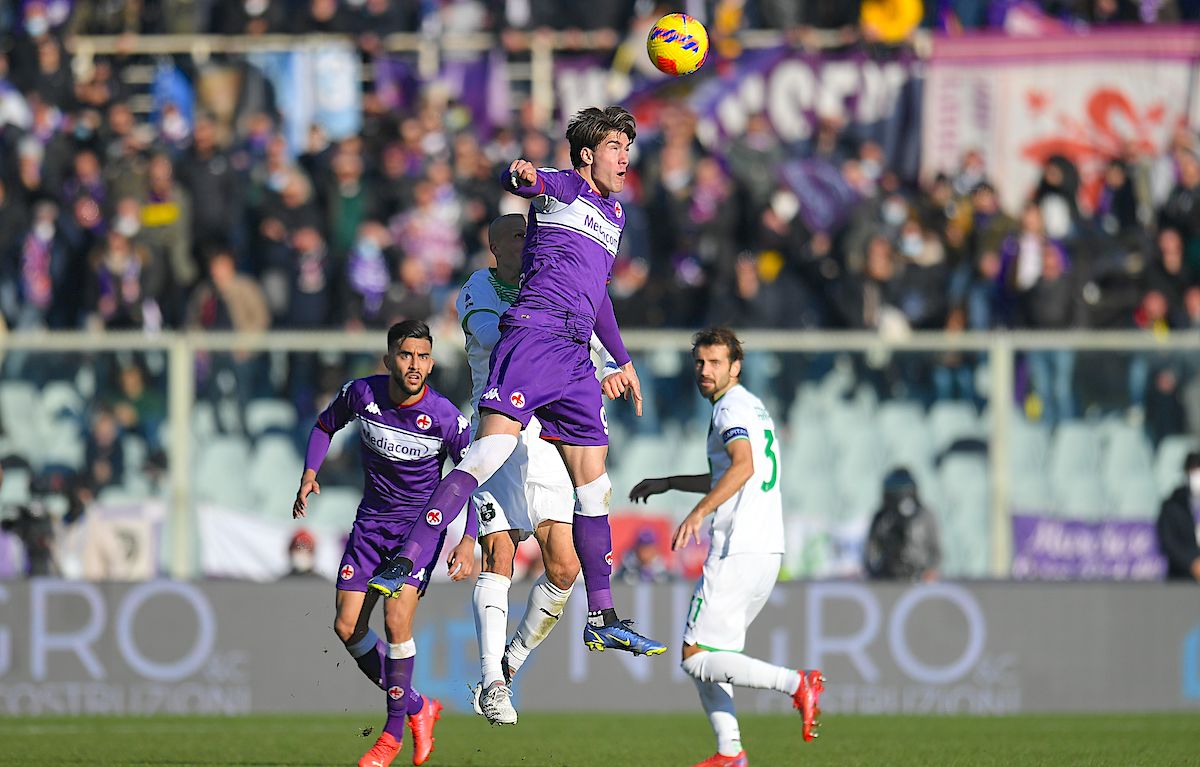 The Times: Milan among eight clubs in race to sign Vlahovic from Fiorentina

AC Milan are one of a number of top European clubs who plan to try and secure the signing of Dusan Vlahovic from Fiorentina, according to a report.

The report in question comes from The Times in England, which begins by noting that the Serbia international bagged his 33rd league goal of 2021 on Sunday, which equals Cristiano Ronaldo’s record for most Serie A goals in a calendar year.

The 21-year-old is a hot property given his goal scoring exploits and some of the top clubs of European football are queueing up to try and get him, with a number of teams listed as having an interest in the former Partizan Belgrade man.

Tottenham Hotspur, Juventus, Paris Saint-Germain, Atletico Madrid, Borussia Dortmund, AC Milan, Manchester City and Arsenal are all mentioned as wanting to chance their arm in what could end up being a high-priced auction to land Vlahovic.