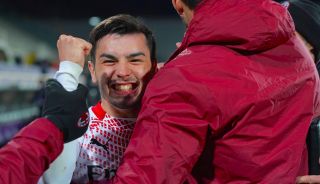 AS: Maldini and Milan evaluate signing of Real Madrid trequartista – the situation

The future of Brahim Diaz is no closer to being resolved as the end of his loan spell at AC Milan grows nearer, according to a report.

Brahim arrived on a season-long loan from Real Madrid without an option or obligation to buy included as part of the deal, meaning that Milan must negotiate with Los Blancos if they want to keep the playmaker beyond the end of the current season.

According to the latest from Diario AS (via MilanNews), the future of Brahim Diaz is under review ahead of next season. The 21-year-old has had some positive performances in the latest games which have convinced Maldini to attempt to keep him past June.

The obstacle at the moment seems to be the valuation of the player, who is held in high regard by the Real Madrid management. However, despite the probable departure of Lucas Vazquez, for Brahim there will still be a lot of internal competition and this could convince him to consider the option of staying with the Rossoneri. The final 10 games of the season will be decisive in this sense.