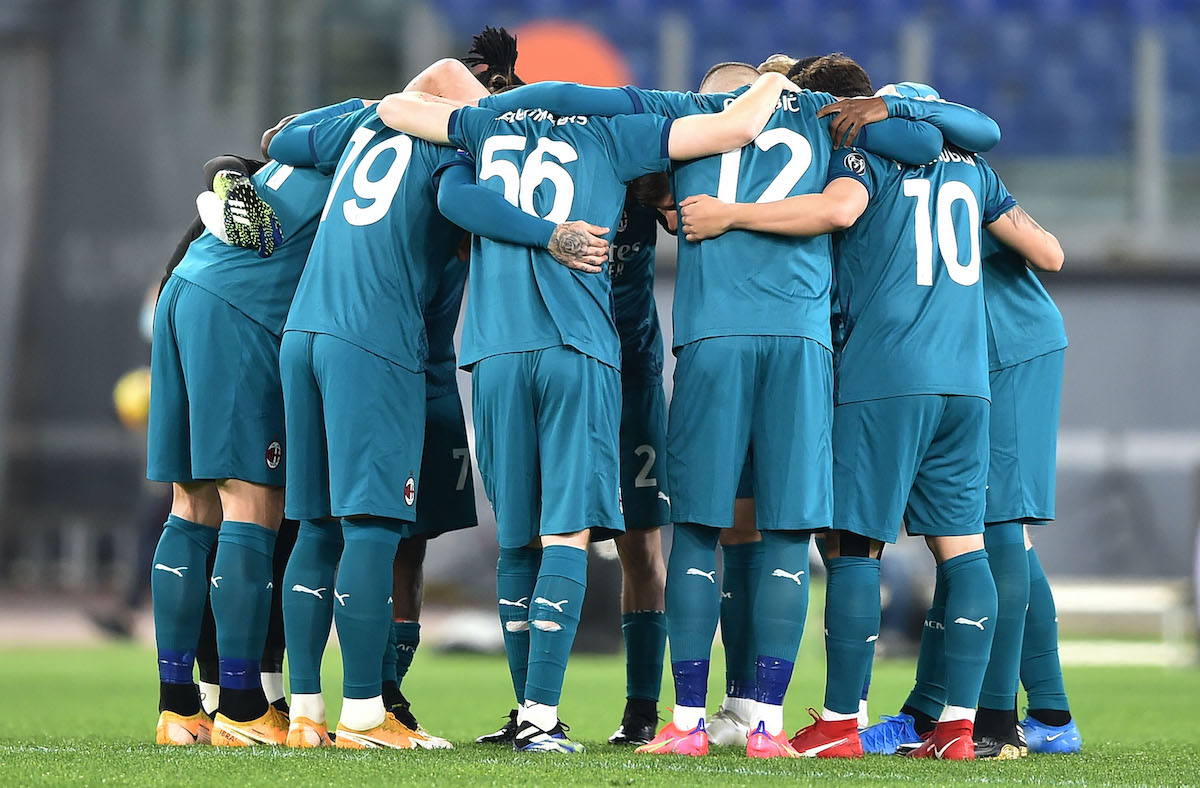 AC Milan bounced back in style beating Roma in the capital to extend the gap between the two and keep the title race alive.

The Rossoneri had suffered two consecutive losses and things weren’t looking good for them. While the Inter game was a hard one, the more shocking loss came against Spezia in the week prior.

Pioli’s men – even with a lot of changes in the starting XI – failed to impress against Red Star in the Europa League as well. However, against Roma we saw a completely different side as the Rossoneri started the game strong, pressing high and constantly attacking their opponent.

Despite the brilliant beginning though, the away side failed to open the scoring as quickly as they wanted to. Two goals were disallowed and Zlatan missed a couple of great chances, but Milan were awarded a penalty late in the first half converted smoothly by Kessie.

Roma were fast to react after the break as Veretout equalised through a lovely effort from just inside the box as it seemed that the early misses might cost the Rossoneri, that is until a lovely goal by Ante Rebic gave his side the lead yet again to seal the three points.

In the night before the game it was confirmed that Alessio Romagnoli will be dropped in favour of Fikayo Tomori. The captain has had a rough couple of months and with the Englishman being impressive since joining in January, Pioli made the tough decision to drop his captain.

Fortunately for him, Tomori continued to impress as he had a very good game helping his side win the game. This however will make Pioli’s life hard as he just benched his captain and will further decide if he is willing to leave him on the bench for a while longer or try a duo of Tomori and Romagnoli. One thing is obvious: Tomori needs to be present on the pitch.

Fikayo Tomori for #ACMilan so far:

2. Blast from the past

Finally we can see Rebic’s form on the upside as the Croat had a great night at the Olimpico as he could have scored more if he was a bit more clinical.

It’s exactly the performance we were used to seeing in the second half of last season, but unfortunately for Rebic he has struggled with injuries and Covid thus failing to find continuity and consistency in his game. It was a perfect way to gain confidence and get back on track was the performance he delivered against Roma.

🇭🇷 The Croatian looked in fine form last night, and thankfully his injury is nothing serious.

Saelemaekers has been a pleasant surprise since joining the club last January as he occupied the right wing and benched Samu Castillejo. The Belgian however has had some injury problems and has since struggled to find his prior form.

Against Roma the youngster was finally looking sharp and had a good performance at last hopefully giving him some confidence to build momentum. His work rate was impressive as well as he helped Calabria massively at the back, but was also quite efficient going forward as he picked up the assist for the second goal.

🇧🇪 A dynamic shift from the Belgian.

It has been a long wait for Sandro Tonali to pick up the pace and justify his ‘wonderkid’ label, but the Italian has been given more regular game time due to Bennacer’s absence and has found somewhat of a good patch of form.

The youngster has improved his defensive work a lot in recent weeks as he seems to have finally settled a bit in the double pivot role. Despite having a few small mistakes his overall performance was satisfying as he looked calmer and more as himself and we can only wait for him to grow even more.

Zlatan Ibrahimovic picked up yet another injury yesterday and he is set to miss around four weeks of action. The Swede has been superb since coming back to the club and the impressive numbers don’t even show the whole picture with Zlatan having a massive effect on the team’s mentality.

However, while his number are more than impressive, the Swede has been struggling with injuries this season as he has already been out for around two months with one more to come. Having said that if Milan were to finish in top four and qualify for the Champions League they will definitely need a top striker that can play every three days or so and Zlatan has been struggling playing every week recently.

That being said if he keeps up scoring the goals when fit and has the desire to continue, the Swede more than deserves a year extra on his contract, but he may need some assistance next season.