AC Milan rescued a late point against fifth-placed Atalanta as they drew 1-1 with La Dea at the Stadio Atleti Azzurri on Saturday night.

Andrea Conti got the opening goal for Atalanta in the first half as Gianluigi Donnarumma spilled a low shot into his path after making a great save moments before.

Gerard Deulofeu was on hand to snatch a draw in the 88th minute in controversial fashion as he punished slack defending, but on replay it appeared two white shirts were offside for Milan.

The result means that Milan stay six points behind the hosts, with Fiorentina one point behind and Inter having the chance to move level with La Viola should they beat Sassuolo on Sunday.

While the home side understandably dominated possession it was AC Milan who made the better in roads. A spell of pressure around the 13th minute resulted in Gerard Deulofeu getting to the byline before seeing his cross cleared; a brace of corners would follow.

Andrea Petagna had a half chance not long after as he turned Cristian Zapata before sending his volley wide.

A further spell of pressure followed for La Dea, with Bryan Cristante heading over from a near-post corner in the 26th minute to keep the Rossoneri defenders on their toes.

Alejandro Gomez fired straight at Gianluigi Donnarumma from distance a minute later as the home side began to turn the screw.

Deulofeu was found in space with 13 minutes left in the first half; the Spaniard driving towards the goal line before firing a low shot that was easily saved by Etrit Berisha. 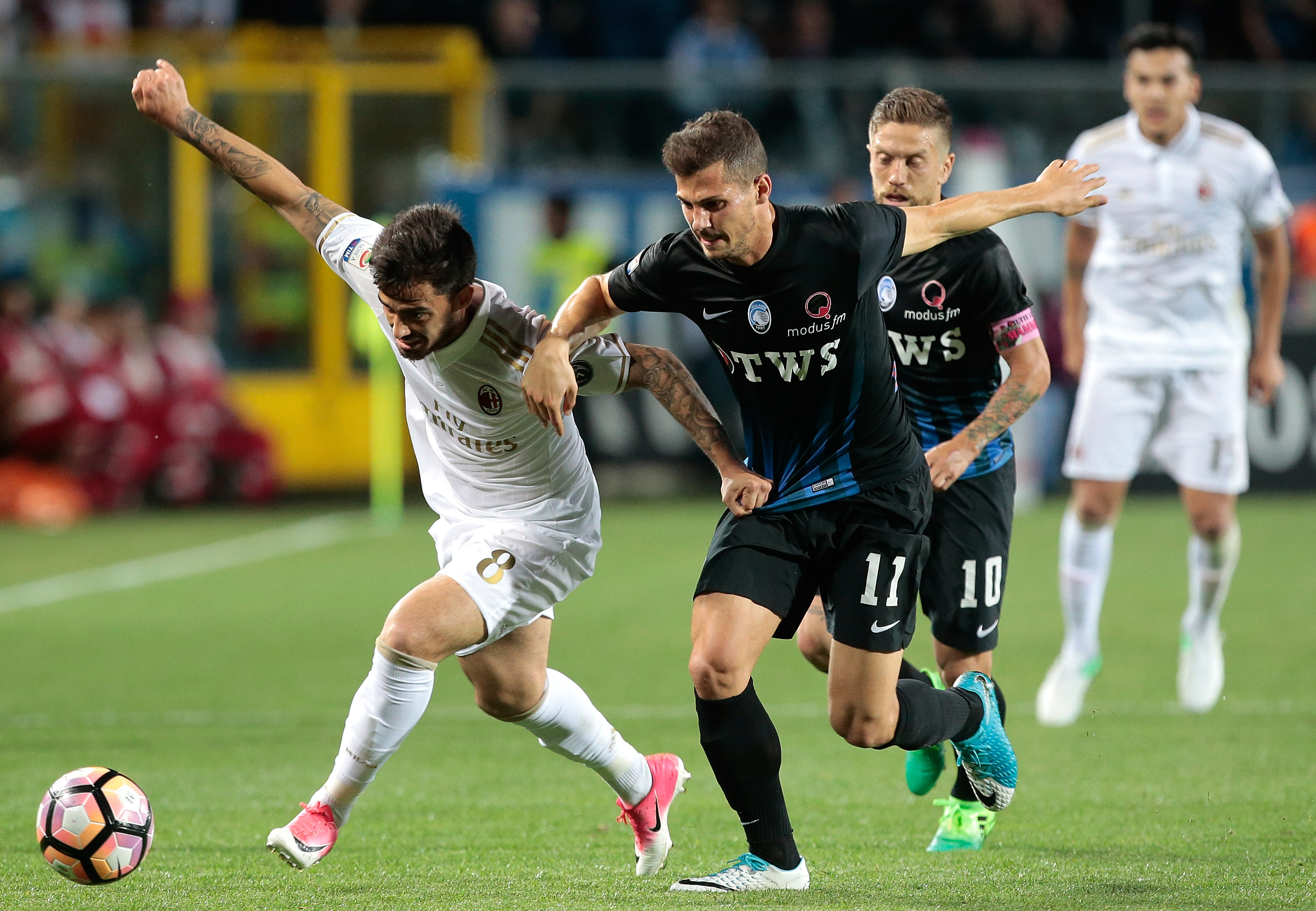 Gianluca Lapadula had a chance to break the deadlock for Milan as he was found in space, however he slipped inside the box to waste the opportunity with two defenders lurking.

Atalanta did take the lead with less than two minutes remaining in the first half. Alejandro Gomez was played through on goal, forcing a smart close-range save from Donnarumma, but moments later Donnarumma spilled a low cross to Andrea Conti who poked home from two yards.

Mario Pasalic had an opportunity to draw AC Milan level in the opening seconds of the second-half, but he skewed his effort wide at the back post from Juraj Kucka’s low cross.

Cristante saw his shot from inside the area parried for a corner by Donnarumma three minutes later.

Milan had a chance to make it 1-1 shortly after as a teasing Suso free-kick was met by the head of Pasalic, who nodded wide from eight yards. 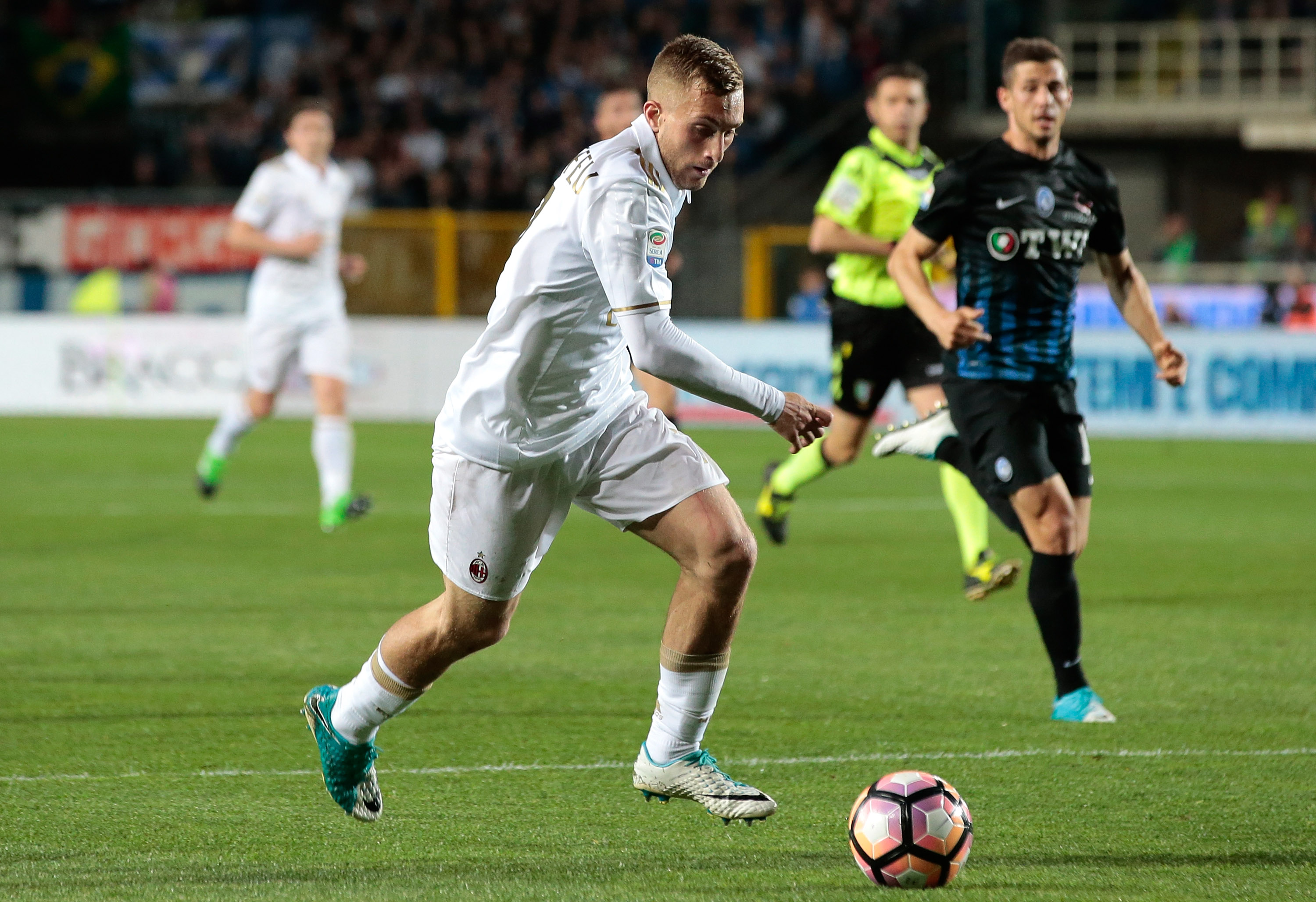 Lapadula then wasted another opportunity as he was found by a ball over the top just before the hour mark, but he hooked his volley over the bar.

Donnarumma made a wonderful sprawling save to deny a low shot from Kessie, who has been linked with a move to Milan in recent weeks.

Lapadula had a big chance to level proceedings for the Rossoneri inside the last ten minutes when a pull-back deflected to him, but he could only send his effort straight at Berisha.

In the 88th minute Milan did get their equaliser, as a ball into the box found its was through to Deulofeu, who saw his shot deflect into the left side of the goal to spark scenes of immense relief in the away end.